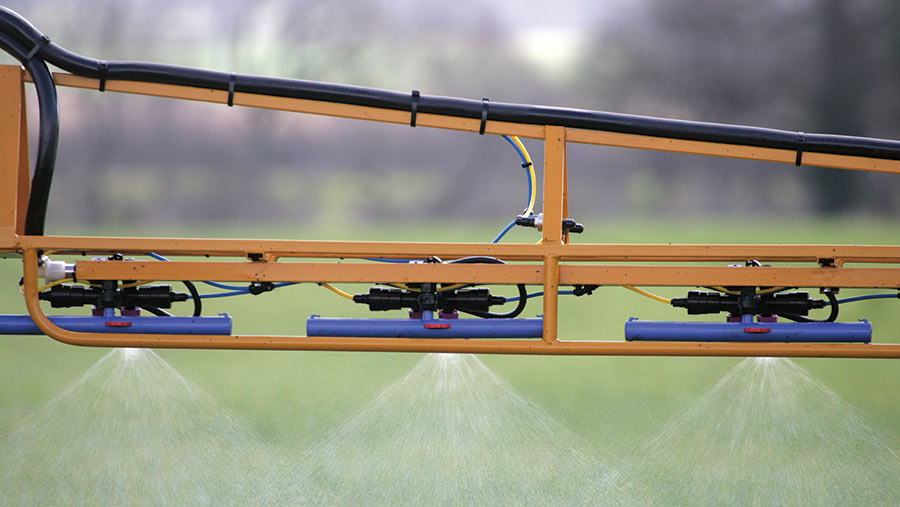 Teaming wheat fungicide sprays with an adjuvant could enhance disease control and bolster yields by about 0.5t/ha.

While adjuvants do not possess any fungicide, pesticide or herbicide activity as standalone products, they can help growers get the best performance out of their creaking chemical options by acting as a catalyst.

There is a range of adjuvants, each claiming traits such as improved spray retention to stop droplets bouncing off of the plant surface, enhanced plant penetration for quicker activity, or a better spread of pesticide across the entire plant surface.

Tom McCabe, crop science lecturer at University College Dublin (UCD), explains that adjuvant products were more widely used in the 1990s to get the best out of weaker fungicide chemistry available at the time – before strobilurins and newer azole actives arrived on the scene.

Adjuvants can be particularly useful when included in fungicide sprays early on in the season at T0 and T1, when growers will typically use older chemistry such as azoles, which are less effective at combating wheat disease compared with their newer SDHI counterparts.

Research at UCD has been investigating pairing adjuvants with azoles to achieve higher levels of septoria control.

“We are concentrating on fungicide actives that are struggling, such azoles,” he says. “By adding an adjuvant you get extra disease control, where we would otherwise be getting sub-optimal control levels.”

Azoles have now lost a lot of their curative activity, but adjuvants can at least get the active into the plant faster, adds Dr McCabe.

One of the UCD’s small-scale trials focused on using an adjuvant in tandem with Gleam (epoxiconazole and metconazole) at 1.5 litres/ha applied at T1, and Prosaro (prothioconazole and tebuconazole) at 1 litre/ha at T2 in Diego winter wheat.

Dr McCabe says this research clearly showed a yield benefit of using an adjuvant, giving a 0.66t/ha uplift in yield.

“I am not claiming that adjuvants are wonderful across the board, because as you use higher-performing fungicides the adjuvant benefit will be less. It may still be working, but the fungicide that it’s working with just needs less help,” he says.

Now advisory group Agrii is setting up field-scale adjuvant trials on a number of farms to investigate the effect of adjuvants on fungicide and herbicide performance.

Pippa Hutchinson, Agrii’s east region technical manager, says there could be an even bigger benefit seen in field-scale farm trials.

“There is not a lot of plant protection chemistry coming through and resistance is rising, so it’s about making the most of what we’ve got,” she adds.

When spraying can’t always be done in perfect conditions or is delayed, then there is a bigger benefit to be seen as adjuvants help to mitigate these negative effects.

Ms Hutchinson and Dr McCabe agree that using an adjuvant does not warrant cutting fungicide rates.

Weed control could also be improved with the help of adjuvants, particularly on blackgrass as growers are reliant on residual chemistry.

They can help to hit the growing point of the weed, resulting in a faster weed kill, but selecting the right kind of adjuvant for the job is crucial to avoiding run-off.

Alan East, technical manager at adjuvant group Interagro, says these products assist growers with getting the best performance out of their crop production products.

“There is an increasing problem with pest and disease resistance to sprays, and adjuvants help to get the best performance out of the chemicals that are being applied,” he says

He adds that, although low grain prices are forcing growers to tighten their belts, an added £2/ha cost of using an adjuvant will pay for itself in extra yield.

All speakers were attending a recent briefing organised by Interagro looking at the benefits of using adjuvants.