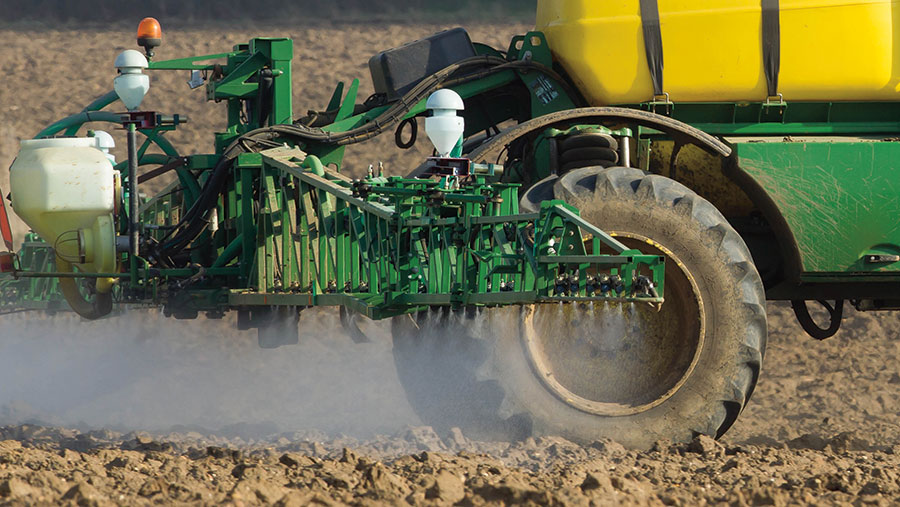 Earlier this year, the NFU put out a call for farmers to really ramp up the effort to raise awareness among the public and decision makers about just how vital glyphosate is for the sector.

The product – often described as the world’s most popular weedkiller – has been under threat for some time.

That all started back in March 2015, when the International Agency for Research on Cancer (IARC) – which informs the World Health Organisation – issued an opinion saying glyphosate was “probably carcinogenic”.

The report was leapt upon by green lobby groups, which stepped up efforts to see the product banned in Europe.

With the EU licence for glyphosate due to expire on 30 June 2016, there was a real opportunity to seal the fate of another pesticide, while at the same time deal a blow to the GM sector which has thrived globally through the development of herbicide-resistant crops.

What the green lobby and mainstream media have frequently overlooked, however, is the basis on which the IARC reached its conclusion.

According to the IARC statement at the time, “there is limited evidence of carcinogenicity in humans for non-Hodgkin lymphoma and prostate cancer”, though the evidence it could cause cancer in laboratory animals was “convincing”.

This enabled the agency to give glyphosate a “group 2A” classification.

But what else has a group 2A classification?

The list is a long one – more than 81 products and activities – and includes creosote, nitrates and bitumen. But it also covers things such as red meat, log fires and hot drinks.

Being a hairdresser and working night shifts are also grouped as “probably carcinogenic”.

The crucial thing here is that, with any of these products or activities, no assessment is made of the actual risk – it purely assesses whether there is a “positive association” between the agent and cancer while accepting that there “may be other explanations”.

No account is taken of exposure or dose in the real world. Neither is any attempt made to rank the relative potency of each item.

Despite this, the IARC’s findings carry considerable political weight – as evidenced by the furore that has evolved since glyphosate was first singled out almost two years ago.

The pressure that built as a result of effective lobbying by green pressure groups brought the product to the verge of having its EU licence suspended at the end of June 2016.

That was narrowly avoided, with the EU Commission agreeing to roll over the licence until the end of 2017.

This week’s publication of a new report by the European Chemicals Agency, backing the safety of glyphosate, should make it easier for Brussels to give the product a more permanent licence.

But pressure is mounting again from both the pros and the antis and, given the political sensitivity of the issue, nothing can be taken for granted.

What the environmentalists have said

The Soil Association (SA) has pointed out that glyphosate use in UK farming has increased by a “shocking” 400% in the past 20 years, adding that a third of UK cereal crops are sprayed with it.

Using glyphosate, and glyphosate-based products, as a pre-harvest treatment is fundamentally wrong, it says and helps explain why almost two-thirds of wholemeal bread samples contain glyphosate.

“The amount of glyphosate in bread may sit well below the level deemed unsafe by the EU, but this level has not been re-examined since the International Agency for Research on Cancer’s (IARC) ‘probably carcinogenic ruling,” it says

The SA accepts IARC only assesses “hazard”, not “risk”. “But the IARC has identified a totally new hazard – carcinogenicity – and this raises new questions about what level is safe, as both the EU and US risk assessments were done before this new hazard was found.”

The SA also criticises UK and EU regulators for assessing the safety of glyphosate in isolation. “In the real world, glyphosate is always mixed with other chemicals to make sure the glyphosate sticks to and penetrates the plants it’s sprayed on. The IARC panel looked at what farmers are actually using.”

Greenpeace has criticised the EU licencing authorities for using non-peer reviewed research provided by the agrochemical sector as part of its assessment. And it recently challenged the independence of the European Chemicals Agency.

It also says there has been too little research into glyphosate’s environmental effects.

What farmers have said

Farming groups have highlighted the many environmental benefits of using glyphosate, especially in the way it encourages sustainable agricultural practices.

Applying glyphosate ahead of planting ensures an effective weed kill, especially blackgrass, meaning that fewer herbidices need to be applied later on in a crop’s development.

Crops also get off to a better start without weed competition, leading to higher yields at lower cost. A study by farm business consultants Adas has said the loss of glyphosate would likely see the production of winter wheat and winter barley drop by 12% and oilseed rape by 10%.

And using glyphosate as a pre-harvest desiccant, though not routine, ensures crops can be harvested in a timely fashion and plays a part in keeping costs down for consumers.

Banning it would also put farmers at a competitive disadvantage, as non-EU countries would still to use it and export their commodities to our markets.

What pesticide firms have said

Monsanto, which developed glyphosate 40 years ago, says the product has a long history of safe use, having been approved by a multitude of regulatory authorities.

“Glyphosate is one of the most thoroughly tested herbicides on the market,” says Monsanto’s UK spokesman Mark Buckingham. “It is less toxic than baking soda, table salt and the caffeine in our coffee.”

It is also supported by one of the most extensive worldwide human health databases ever compiled on an agricultural product, the firm claims.

A glyphosate task force, representing the agrochemical sector, also points out that regulatory bodies in the US, Canada, Japan and Australia, as well as the UN Food and Agriculture Organisation/World Health Organization joint meeting on pesticide residues, gave glyphosate a clean bill of health.

Monsanto also challenges the selective use of studies and data used by the IARC in 2015, claiming a number of key reports, which showed the product to be safe, were ignored. And it has questioned the make-up of the group of experts making the assessment, which included an environmental activist. 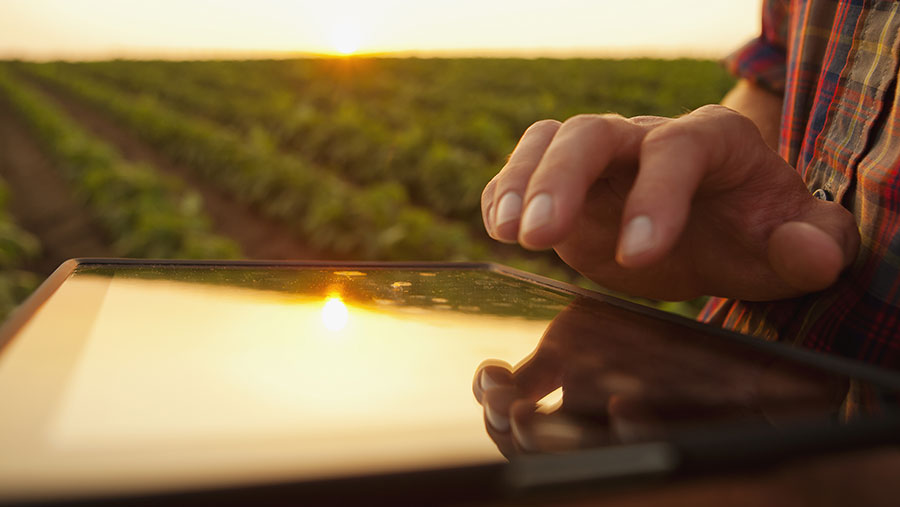 The NFU is urging its members to write to MPs and MEPs, and engage in social media activity, to stress the importance of glyphosate to their businesses and the environment ahead of a crucial decision later in the year.

The union is concerned farmers are not speaking up and green lobby groups are winning the publicity battle. It suggests farmers should “tell their stories” to explain what glyphosate does for them.

One consultant to have risen to the challenge is Sean Sparling, chairman of the Association of Independent Crop Consultants. He has set up a petition to save glyphosate on the 38 Degrees website, which has so far attracted 4,700 signatures.

But he is concerned this number is just not big enough. “We need 10 times that number. The industry really needs to start pulling its weight, or the green lobby will walk all over us.”

An EU-wide petition launched by the European Citizens Initiative has so far attracted more than 460,000 signatures.

If more than a million people from seven member states sign it over 12 months, then the commission must “respond”. 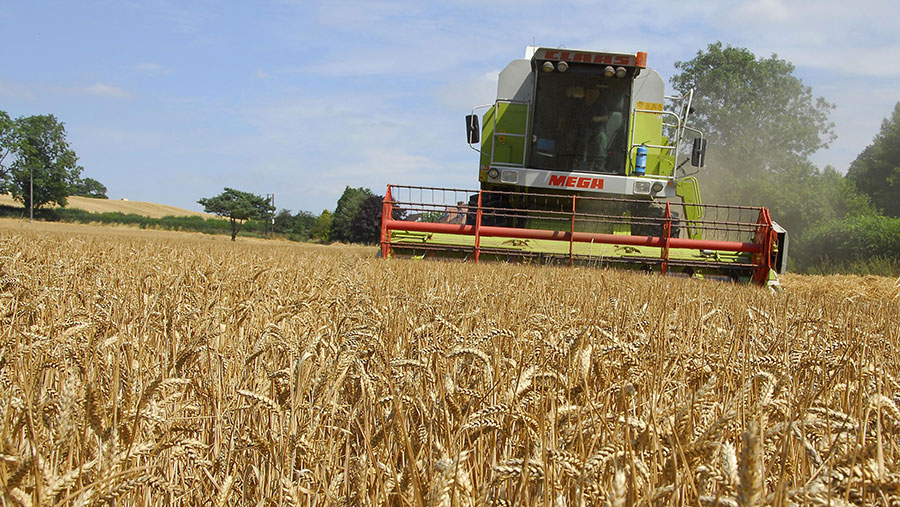