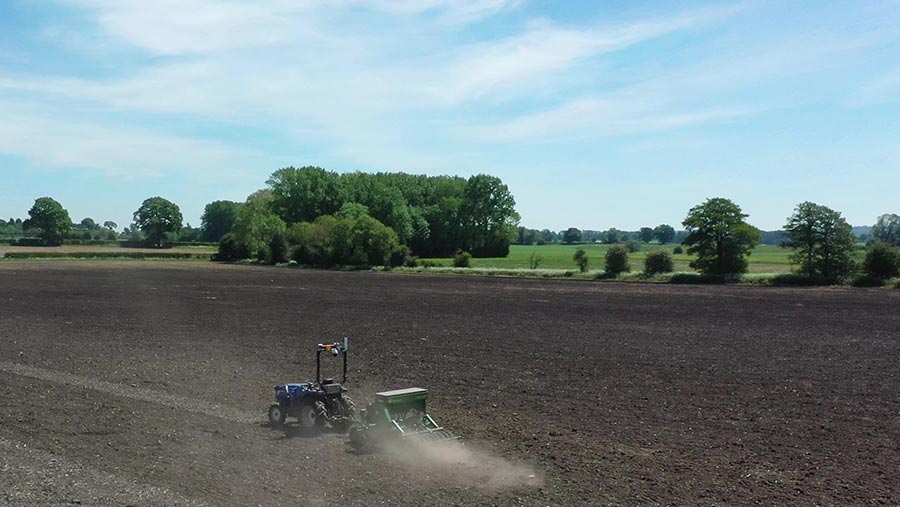 Researchers at Harper Adams University using automation to grow crops have said they are moving closer to a working commercial operation despite disruptions to the project caused by coronavirus.

Field work on the Hands Free Farm at the university’s Shropshire campus ground to a halt during the first lockdown and ruined spring cropping plans, but the team have bounced back and drilled 20ha of wheat and just under 2ha of beans.

It is part of the Hands Free Hectare project which is developing machines to grow crops autonomously.

The farm is run in partnership between Harper Adams and two precision agriculture companies, Precision Decisions and Farmscan Ag.

The team has stepped up work on the software and managed to plant cover crops – a mix of clover and radish – in May when government restrictions eased.

This allowed them to further test and tweak the technology and improve the farm’s soil, which has led to good establishment of the winter crops.

Mike Gutteridge, senior research assistant at Harper Adams, said: “It is fair to say that this year didn’t turn out the way that we expected but, by planting cover crops into four of our fields and then the subsequent topping and spraying operations spread out through the spring and summer, we had several opportunities to monitor the improvements in our systems.” 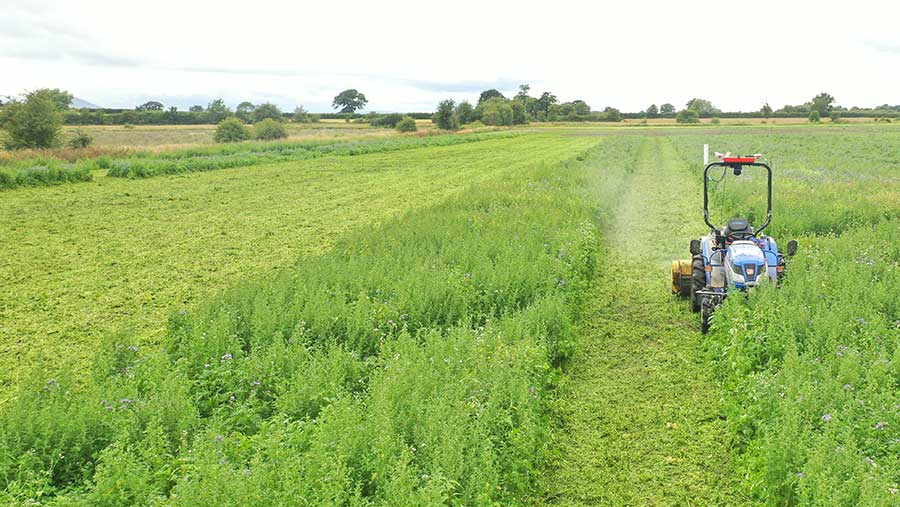 The university recently held a webinar to discuss a code of practice for autonomous crop equipment in the UK and how it could be implemented.

“As a university we are trying to show the world this is possible and communicate to farmers that this is about to happen and it isn’t just a pipe dream but a viable thing for them to do on their farms,” Mr Franklin said.

Farmscan Ag’s work this year has focused on improving the accuracy of the technology in the field.

Callum Chalmers, business development manager for the technology company, said: “One of our biggest challenges has been to synchronise all the vehicles together in a meaningful way that will allow them to communicate and operate successfully in the field.

“We have been focusing on improving the in-field performance with higher accuracy and efficiency across all our farming operations. Our focus right now is entirely on the combine harvester and exploring the efficiency of different swarming solutions ready for harvest next year.”

This included developing route plans for all cultivations required to establish and spray crops, including headlands which were not previously farmed in the original Hands Free Hectare.

“Next we look to obstacle avoidance and automated harvest logistics, to facilitate autonomous harvesting of the Hands Free Farm,” Mr Abell said.