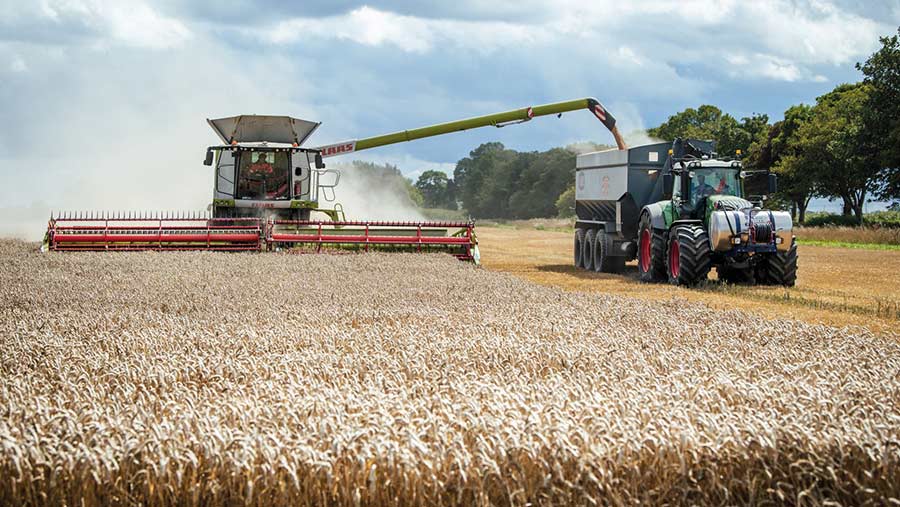 Britain’s biggest farmer, Beeswax Dyson Farming, is moving into independent research amid uncertain times over Brexit and climate change, keen to put growers in charge of this key area.

Owned by billionaire Sir James Dyson, Beeswax scooped up a well-respected analytical group earlier this year, and is relaunching the information provider with an annual subscription starting at nearly £1,000.

It argues that in a time of massive change for farming amid talk of trade deals, more unpredictable weather and tighter rules, truely independent research and advice is very important.

See also: How farmer groups can work together to get most from ELM scheme

Will Vaughan-France has moved from agrochemicals giant Bayer to be general manager and head up the business, once owned and run by the academic Chris Green until his death early in 2019.

“We are entering a new environment with lots of change, and farmers need to be equipped with the best information,” says Mr Vaughan-France. 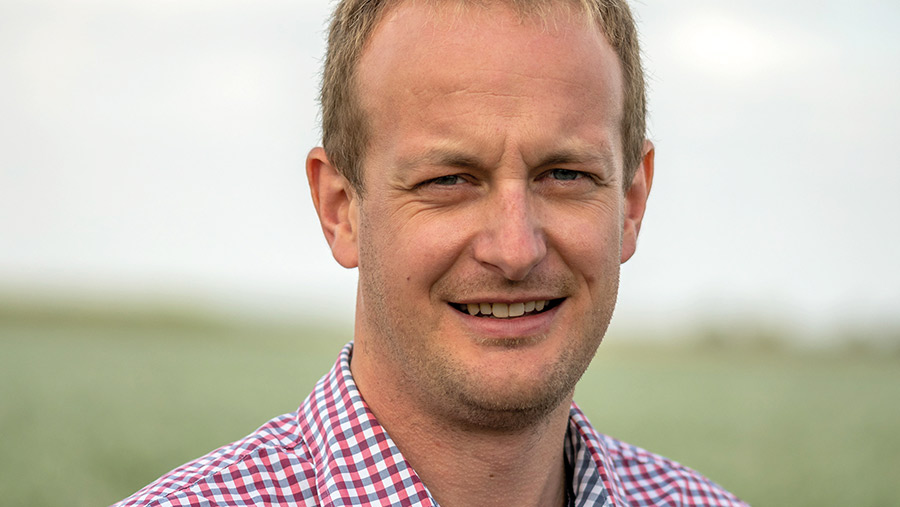 The business is renamed Green Crop Information (GCI) from Dr Green’s Crop Management Information, which had tended to shy away from publicity and focused on its subscription clients.

Beeswax swooped to buy the business, perhaps fearful it could fall into the hands of an agrochemicals distributor, in line with the professed philanthropic approach and a desire to be a force for good from Sir James – named Britain’s richest man this year.

James Thompson, head of farming at Beeswax, says GCI is not a hugely profitable business, but it could be very beneficial as the farming business expands and diversifies.

“We are keen to have a farmer-led information business, and the information coming from GCI could give us and the members a competitive advantage,” he says. 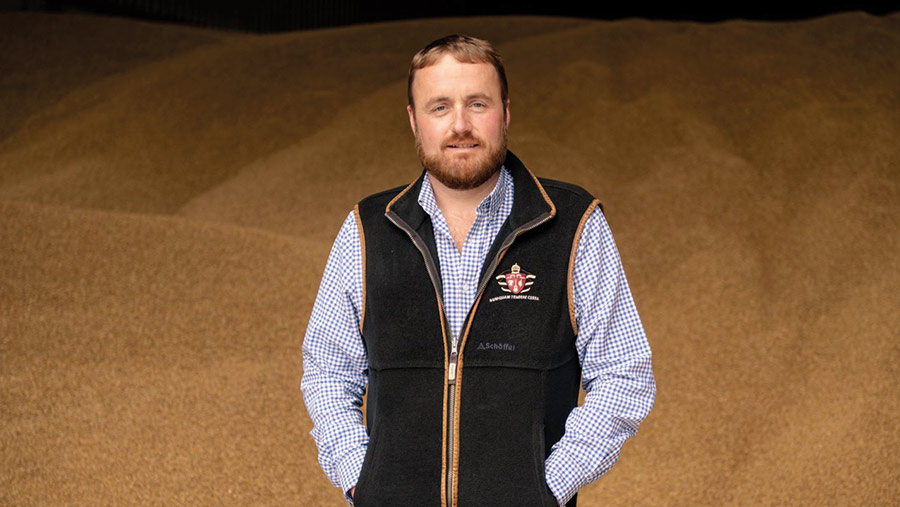 Mr Thompson says the farming group needs a way to be able to scrutinise all relevant global research and to interpret it for its three full-time agronomists and farming staff numbering more than 160.

Richard Williamson, managing director of the farming company, says the group was keen to acquire a research and development function to run separately from its three applied agronomists in the field.

These are two complementary, but different, disciplines, and the GCI academic approach was particularly key for him.

This is because he believes there will be greater pressure on profit margins in a Brexit world without the buffer of the Basic Payment Scheme (BPS) farm subsidies paid on an area basis.

“We believe as the Basic Payment Scheme disappears, there will be greater payback for technical innovation,” he says. 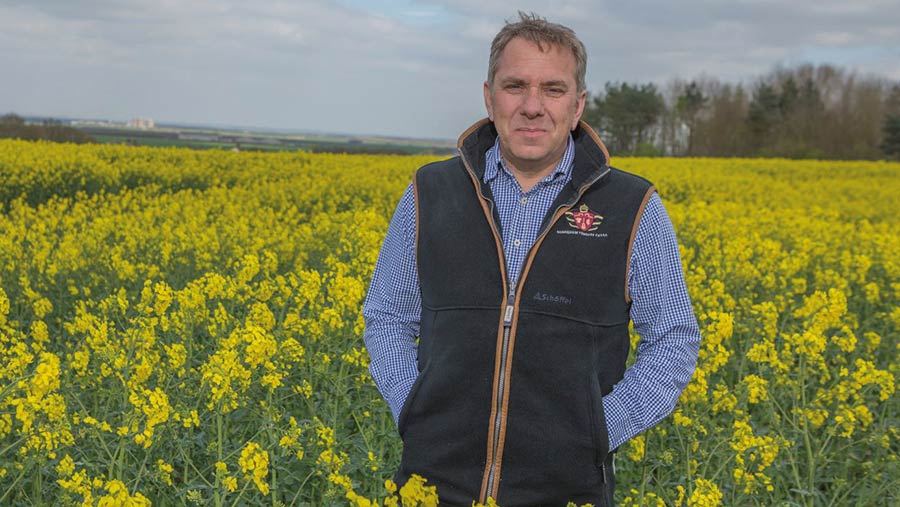 The BPS system is due to be phased out over the coming years in favour of Environmental Land Management (ELM) schemes as part of a new UK agricultural policy following Brexit.

Going forward into this new farming policy of “public money for public good”, there is likely to be greater scrutiny over improving the environment, whether that is improving water, soil or air quality.

“Going forward, proving what we do will become more important, especially as we are moving closer to the consumer,” he says.

The farming company has expanded rapidly since Sir James bought his first farmland in 2012, and it now owns 14,400ha in Lincolnshire, Oxfordshire and Gloucestershire, and turned in a profit for the first time in 2017.

Since buying agricultural land, the group has acquired property, built an anaerobic digestion plant to produce power and heat, started a haulage business and is building up close contacts with its manufacturing, retailing and catering customers.

The GCI business has more than 100 farming business clients from Dorset to Inverness ranging in size from 300ha to more than 8,000ha, over a range of soil types, and covering a total of 120,000ha.

The benchmark cost for combinable crops coverage is £990/year, with other packages on offer for independent agronomists and also for research and development agrochemical companies.

What paying clients get is access to GCI’s nine-strong team, who review academic research from around the world, and results from field trials on Beeswax’s land in Lincolnshire and Oxfordshire and, in future, on clients’ land.

The trials are focused on cereals, maize, potatoes and vining peas and concentrate on building farming systems and how new technology, such as the use of biostimulants, could fit into those systems.

Clients will get the equivalent of three full days-plus of meetings with the experts and access to them throughout the year, with an increasing focus on sustainability and limiting carbon emissions.

“We are looking to build the numbers while the emphasis is on online meetings, and we could easily double that number in the future,” says Mr Vaughan-France.

Sir James, the 73-year-old engineering entrepreneur, launched his groundbreaking bagless vacuum cleaner in 1992, which led to his subsequent range of hair dryers, air purifiers and fans, and then his move into farming.

He topped the Sunday Times Rich List this year with a net worth of £16.2bn, but not all his enterprises have been successful, as he announced the closure of his £500m electric car project last year.

Hampshire grower Andrew Osmond is a member of Green Crop Information (GCI), and believes the extra knowledge gained will help him prepare for the post-Basic Payment Scheme world.

Access to independent and evidence-based agronomic knowledge will allow him to be more agile and open to opportunities in the new Brexit world, he believes.

“Membership has reignited the curiosity we may have lost over the past decade,” he says.

This access to another layer of agronomic knowledge will help him make informed decisions and question levels of inputs to squeeze out cost benefits.

The members consist of very experienced farmers and managers keen to learn and share knowledge, and they find it empowering to make decisions for themselves, he says.

Mr Osmond is also a member of crop consultants and advisory group Niab and he has Basis and Facts qualifications for managing and applying agrochemicals and fertilisers, but still believes GCI membership is vital

“We are getting the best information from the best-informed sources,” he says.

Mr Osmond is based at Moor Court Farm, Sparsholt, just west of Winchester, and farms 800ha in Hampshire and Dorset growing a range of crops included cereals and grass for seed.