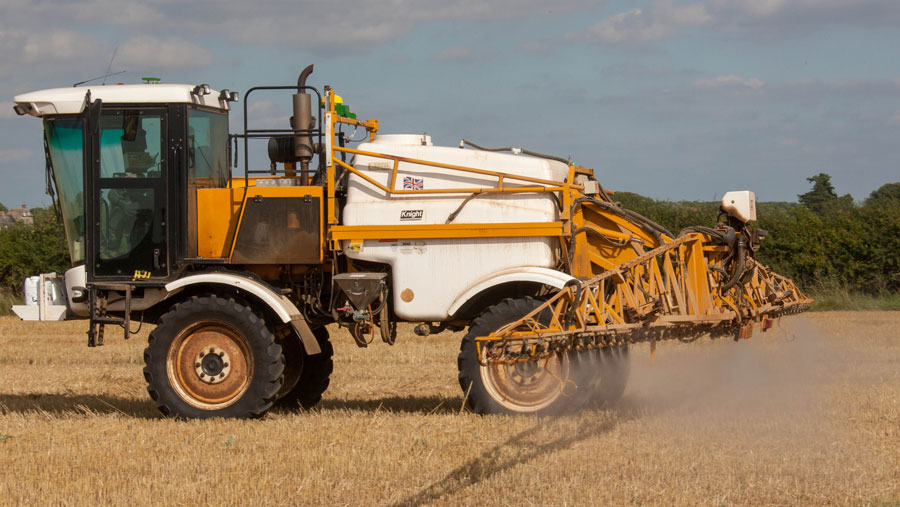 A Canadian re-evaluation of the herbicide glyphosate has concluded it does not pose a risk to humans or the environment.

Exposure to glyphosate – the key ingredient in Monsanto’s weedkiller Roundup – is unlikely to pose a human cancer risk and, when used according to the label, it does not pose risks of concern to the environment.

That’s according to the findings of a study launched in late 2009 by the Canadian government’s federal health department.

See also: Positive signals from Brussels over future of glyphosate

The analysis found that although traces of glyphosate were found in 29.7% of food samples tested, 98.7% were within safe limits. But for grain products, 3.9% had residue levels above MRLs.

Clearance from Canada for #glyphosateisvital as they conclude #glyphosate 'is NOT genotoxic and is UNLIKELY to pose a human cancer risk' https://t.co/tNM4SQcEef

In Canada, glyphosate plays an important role in weed control in both agricultural and non-agricultural land management – and it is the most widely used herbicide in the country.

It is widely used on several major crops, including oilseed rape, soya beans, maize and wheat. It is also one of only a few herbicides regularly used in fruit orchards, such as apple. And it is the essential herbicide for use in the widespread cultivation of GM herbicide-tolerant crops.

“Post-harvest stubble treatment with glyphosate allows reduced or zero tillage, which has facilitated the adoption of conservation agriculture that results in improved soil quality,” said the study.

The CFIA is the latest scientific agency to give glyphosate a clean bill of health, following similar conclusions by the European Food Safety Authority (Efsa) and the US Environmental Protection Agency (EPA).

In March, the European Chemical Agency (ECHA) and the Australian Pesticides and Veterinary Medicines Authority (APVMA) concluded that glyphosate is not a carcinogen.

Currently, no pesticide regulatory authority, including Health Canada, considers glyphosate to be a carcinogenic risk of concern to humans.

Last month, EU Commission president Jean-Claude Juncker said there was no reason to doubt the scientific evaluations of glyphosate. The future of glyphosate in the EU must be decided by 31 December.

EU farmers group Copa is demanding a 15-year licence extension for glyphosate. However, green groups and NGOs, including Friends of the Earth and the Soil Association, are calling for an outright ban.