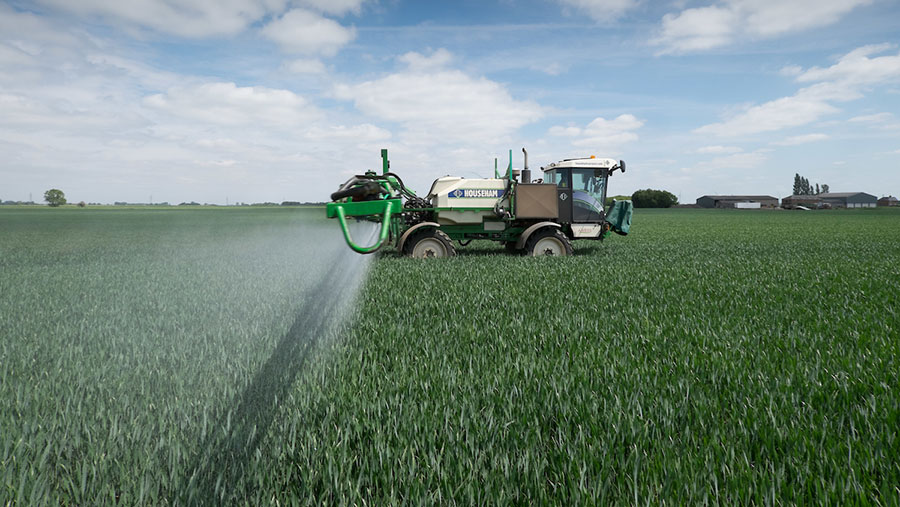 Cereal growers will have a new fungicide to use next spring that is claimed to give good efficacy against yield-sapping diseases such as septoria, rusts and ramularia.

BASF has announced that its first approval in Europe for its new azole fungicide Revysol has come in the UK that experts say has the same efficacy against septoria, which older azoles had when they were first introduced.

The isopropanol-azole Revysol has the chemical name mefentrifluconazole and is approved for use on wheat and barley for fungicide spraying programmes in 2020.

The azole will be also available mixed with the group’s SDHI fluxapyroxad, subject to successful approval, for control of septoria in wheat, ramularia in barley and the rust diseases in both crops.

Azole fungicides have been losing their efficacy against septoria over a number of years, but independent fungicide experts say the new product has the same good performance of older azoles such as epoxiconazole when it was introduced in 1994.

The launch comes at time when cereal farmers are seeing some fungicide actives being banned, with another azole tebuconazole under threat and the popular multisite chlorothalonil set to be banned in late spring 2020.

Michael Wagner, the group’s business director of agricultural solutions for the UK, Ireland, Nordic and Baltics, says the new product is positive news for growers following the loss of some active ingredients.

“It shows outstanding field performance in both curative and long-lasting preventative situations, delivering a new level of disease control compared with existing azoles, even where shifted-sensitivity populations of disease isolates exist,” he says.

Fellow agrochemical giant Corteva is hoping to launch its new cereal fungicide Inatreq next spring in a mix with azole prothioconazole, with approval expected later this year.

This new active has a different site of action to other cereal fungicides, so hopefully it will help to prevent fungicide resistance building up while giving good disease control.