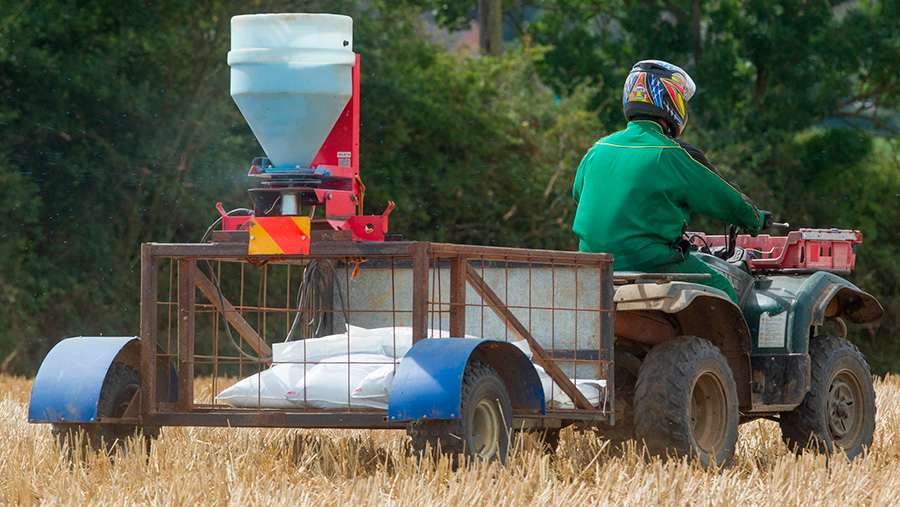 A trial which resulted in a 60% reduction of metaldehyde in water levels is being doubled in area to include the Rutland water catchment.

The slug killer is under pressure after being detected in catchments, and the EU has a strict limit of 0.1mcg/litre in treated water.

In the past, levels in reservoirs in the region regularly exceed this.

While at this level not harmful to human health, removing metaldehyde through treatment is not possible.

See also: How slug-killer ferric phosphate is being used on farm

In a bid to reduce levels, Anglia Water established a trial where farmers agreed to use an alternative.

Last year the scheme saw 100% uptake with the water firm paying the difference in cost between using metaldehyde and any alternative.

Lucinda Gilfoyle, catchment strategy manager for Anglian Water, explained while at Cereals 2016: “We’ve made great strides in the first year of the trial.

“It revealed that by working together we can reduce metaldehyde levels in raw water sources.”

Year two of the Slug It Out campaign will see it extended to include Rutland – the largest natural catchment in the UK for a reservoir at 7,500ha – effectively doubling the trial’s area.

It revealed that by working together we can reduce metaldehyde levels in raw water sources Lucinda Gilfoyle, Anglia Water

This adds to the catchments for reservoirs in Northamptonshire, Suffolk, Essex and Cambridgeshire.

Anglian Water estimates that by working with 89 farmers last year, they removed 1,613kg of metaldehyde.

The firm added that extending it for a second year and expanding it to include Rutland would allow it to verify their findings over an even larger farmed area and longer timeframe.