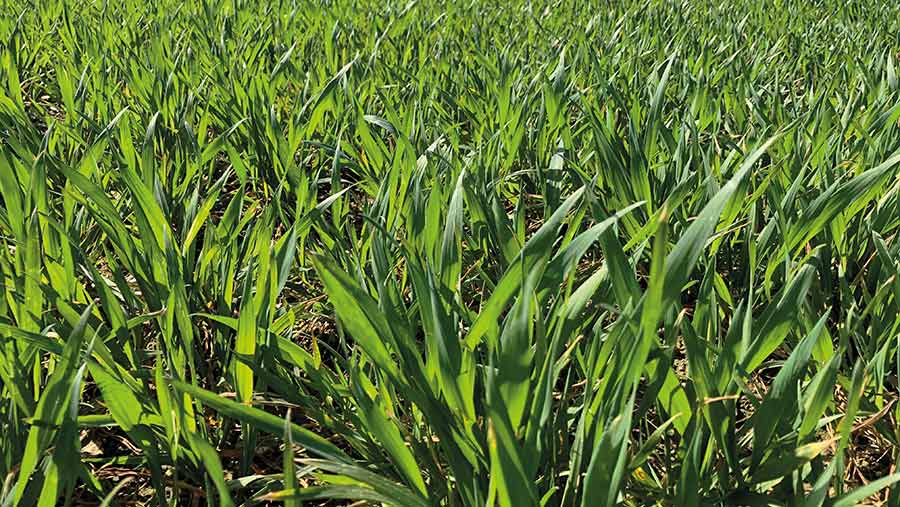 For two neighbouring Cornish farmers, septoria control forms the fundamental basis of wheat production in the high-risk region, which has prompted them to trial a new disease detection test to track in-field infection levels.

This season, growers Oliver Bromley and Jason Chapman, together with their Agrovista agronomist Richard Tresidder, are sampling new emerging leaves for septoria and yellow rust on their Graham and Extase winter wheat.

The pair hope to achieve more targeted applications with the help of detailed crop monitoring, where total chemical costs (including fungicides, herbicides and pesticides) are running at £225/ha.

Testing for septoria and yellow rust on the newest emerging leaf commenced in January and will run into July.

For the first two months sampling took place each month, but during March, April and May the tests will occur on a weekly basis, while May and June will see testing move to the top four leaves. 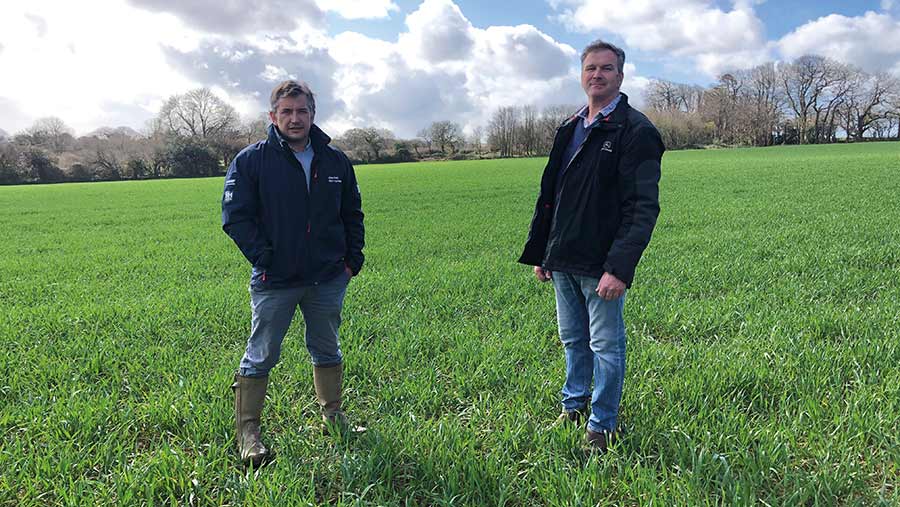 Septoria is public enemy number one at Treluswell Mount Farm, where Oliver Bromley and his son, Will, grow winter wheat, spring barley, cauliflower and potatoes, as well as running a pedigree South Devon suckler herd.

Annual rainfall of more than 1m combined with temperatures that often reach 15-25C create the perfect environment for septoria to thrive, making it one of the highest-risk regions in the country.

Varietal resistance against the disease is, therefore, the first trait the pair opt for when selecting wheat cultivars which is why the variety Graham (resistance rating of 6.8) has been grown for the past five years.

“Graham has provided good results on the farm and we are now striving for 12.5t/ha,” reports Mr Bromley.

The 30ha crop of winter wheat was planted on 11 October at the standard rate of 185kg/ha across the farm’s medium loam soils with an Accord disc combination drill.

“So far, we are pleased with how well the crop is looking. There is some septoria present but this is relatively standard for the time of year – we just need to maintain green area,” he explains.

However, now applications of epoxiconazole and chlorothalonil are axed this season, the usual T0 application has proved more difficult.

“Cost is a big challenge and with actives disappearing there is limited fungicide choice, which makes it difficult to know what replacement product to use,” he says.

As weather conditions begin to favour disease build-up, septoria symptoms are developing. Three weeks ago there was no disease present on any leaves and lab analysis showed no disease infection levels on newly emerging leaves.

“We were thinking that we could get away with not applying at T0 and go for a stronger T1 application instead. But now the weather has warmed up there has been an outbreak of the disease and symptoms are now visible,” says agronomist Richard Tresidder.

Despite visible symptoms on older leaves, lab analysis is still showing that no disease inoculum for both septoria or yellow rust is present on any new leaves.

Together with this and closer monitoring to track in-field disease levels, Mr Bromley aims to target chemicals more carefully by integrating specific product type and dose rate with what is in the field.

This season, the following fungicide formula is set for use, subject to detection test data and weather conditions. 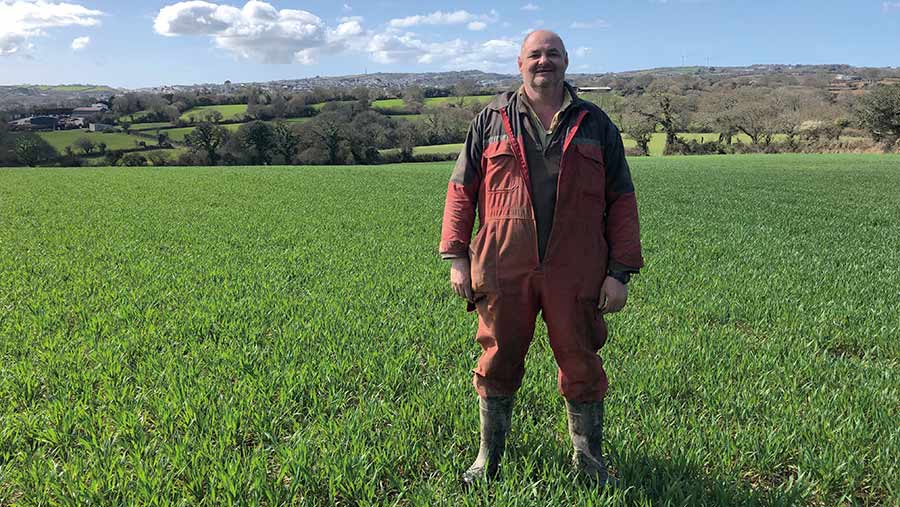 Mixed farmer Jason Chapman builds his entire wheat production regime around septoria control and hopes the new sampling technology will help him establish what products and rates he should use for his fungicide sprays.

“Septoria control is all about prevention and keeping on top of the disease. We don’t want to use excess chemicals as this doesn’t do the crop or margins any good. Anything we can do to help bring down costs has got to be beneficial,” he says.

This season he is trialling a 5ha field of the second most resilient variety to septoria on the Recommended List – Extase, with a disease resistance rating of 8 – while his remaining 36ha of winter wheat is planted to Graham.

“So far, crops are looking forward and Extase has been very impressive – its early vigour was noticeable as it jumped up and got going quickly,” adds Mr Chapman.

Rapid detection test results have been identical to that of Mr Bromley’s neighbouring crop of Graham with no inoculum present on newly emerging leaves. Crops are looking slightly greener with fewer visible symptoms developing on older leaves compared to that of Graham.

With the higher resistance rating on offer by Extase, Mr Chapman is hoping to cut back on chemical use. Consequently, he is moving away from traditional chemistry at T0 and is applying a cheaper bio-fungicide formula sourced from natural plant extracts.

“The product, called Iodus, contains the active ingredient laminarin. It works as an elicitor to kick-start the plant’s immune system, defending itself against disease pathogens,” explains agronomist Richard Tresidder.

When used at the T0 timing, it significantly reduces septoria pressure by systemically activating the crop’s defence systems. What’s more, there is zero residue and no buffer zones requirements.

“Fungicides work best as protectants, and this technology will allow users to track disease through the season and act accordingly, challenging conceptions of how we use fungicides,” he reports.

With a latent period of 14-28 days it is hard to gauge septoria levels as crops appear green and healthy, but inside mycelia are spreading through the leaf, causing damage which is too late to control.

This season, the company expects to test 30,000 leaves from trial farms as far afield as Cornwall and Perthshire.

Leaves are sampled from fields and sent to the lab and passed through a qPCR laboratory analysis to determine the amount of a disease DNA present. Results are usually returned within 24 hours.

Data is then collected in a database to set detectable thresholds of septoria DNA levels to provide recommendations to growers on whether they should adopt a low-, medium- or high-input programme.

The test will soon be available for commercial use for septoria, yellow rust and eyespot, with the plan to expand into other crops.