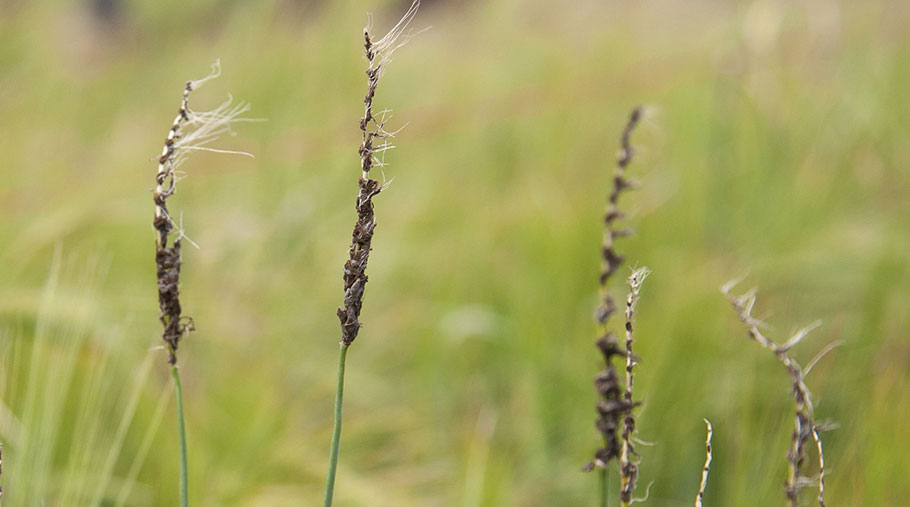 A key seed-borne disease of barley appears to have overcome the azole chemistry found in seed treatments used in the winter barley crop.

Outbreaks of loose smut have been reported in treated crops this year from across the UK. The problem has also been confirmed in France.

The seed industry is waiting to see if the disease will also be seen in spring barley.

While not confined to a single variety or region, the widespread problem has occurred regardless of the barley seed treatment used – all of which contain azole chemistry.

Infected barley plants are easy to spot, as masses of spores (or smut) replace the entire barley head and then infect the open flowers of healthy plants by wind or rain dispersal.

The spores, which are released as soon as the ear emerges, then germinate and infect the developing grain, staying there without showing symptoms until the next growing season.

The fungus develops in the growing plant, but only becomes apparent when the plant reaches maturity in the following year.

The blackened ears are an alarming sight, but the disease may only be present at low incidence levels.

As a result, Bayer has confirmed it is investigating the causes, the results of which will be shared with the industry as soon as they are available.

Barry Barker, national arable seed manager with Agrii explained azole chemistry was included in seed treatments to improve the control of barley diseases and, up until this year, has always given good control of loose smut.

“In our case, Raxil Star and Raxil Star Deter are the treatments. We were alerted four weeks ago to some unexpected loose smut infections, with the majority of problems that we’ve seen being found in the variety Glacier.”

Agrii’s Glacier seed came from four different growers and went through three processing plants, with the seed treatments being applied at the correct rate and in the right conditions, he reported.

There are also reports of the disease being found in other winter barley varieties, including the hybrid barley Sunningdale and the winter malting type Flagon, and where the seed treatments Redigo Deter and Celeste Trio have been used.

Our advice is to get out in the field and look for any signs of the disease and to test seed for loose smut Barry Barker, Agrii

“Fortunately it won’t have a big effect on yields this year because infection levels are below 0.5%,” commented Mr Barker. “We don’t yet know whether the seed treatments have given no control or are only giving partial control.

“The bigger question for growers is what they should do this coming autumn, especially if they are planning to home-save some seed. Our advice is to get out in the field and look for any signs of the disease and to test seed for loose smut.”

The EU minimum standard for loose smut infection in seed is 0.5% while the higher voluntary standard, which the UK operates to, is 0.2%.

“Either way, growers are likely to see it in the field until new chemistry comes along,” pointed out Mr Barker.

“There are seed treatment products based on other chemistry in the market, but they are not approved for use in barley.”

He stresses there is nothing the industry could have done to prevent this occurring. “We are looking for confirmation on the type of resistance at play so that we can work out the best strategy for this coming autumn.

“It does mean that some barley seed stocks could be limited.”