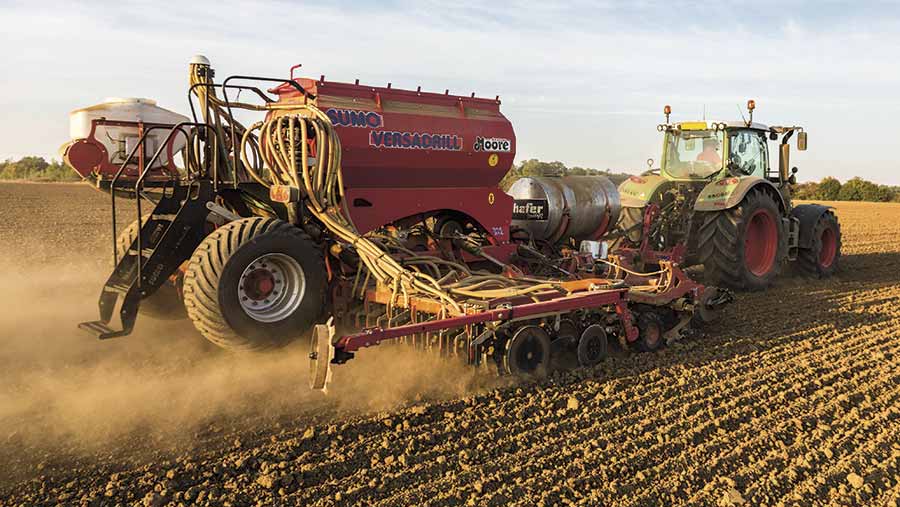 Winter cereal growers are set to be able to use neonicotinoid seed dressing this autumn for the last time to control an aphid-spread virus in crops before a European Union ban takes effect.

The EU has moved to ban three key neonic insecticides for use as seed treatments for all crops outside glasshouses by the end of this year due to the serious danger they pose to bees.

These three – imidacloprid, clothianidin and thiamethoxam – have already been banned for use in flowering crops such as oilseed rape since 2013, but now the ban is being extended to key crops like winter cereals and sugar beet.

However, for this autumn, growers should be able to use neonic treatments such as Deter and Redigo Deter before the EU ban takes effect. Nearly half the winter wheat area in the UK is treated with one of these two seed dressings.

Michael Muncey, head of Bayer Crop Science for the UK and Ireland, said winter cereal growers are likely to be able to drill crops with treated seed up to 19 December this year.

“We believe we will definitely get a final season for use of neonicotinoid seed treatments for winter cereals,” he told Farmers Weekly at Cereals 2018 at Chrishall Grange in Cambridgeshire.

As part of the conditions of Bayer’s takeover of Monsanto and the sell-off of certain Bayer assets to BASF, the neonic clothianidin seed treatment sold as Deter will be sold by BASF this autumn. The same neonic, in a combination with azole fungicide prothioconazole – marketed as Redigo Deter – will still be sold by Bayer.

Bayer said the UK is likely to follow EU recommendations and so the neonic products will be able to be sold to the seed trade up to 19 September and then growers will have up to 19 December to drill treated seed.

Other neonic products such as the spray treatment Biscaya (thiacloprid) are unaffected by the ban and can still be used on crops such as oilseed rape.

Neonic dressings are currently used in sugar beet to control the aphids that spread virus yellows disease, but these product will not be available for the 2019 crop, unless any emergency use is agreed.

Bayer completed the acquisition of Monsanto last week for $63bn, making it by far the world’s biggest agrochemical and seed supplier, giving it control of Monsanto’s Dekalb oilseed rape varieties and its glyphosate Roundup herbicide.