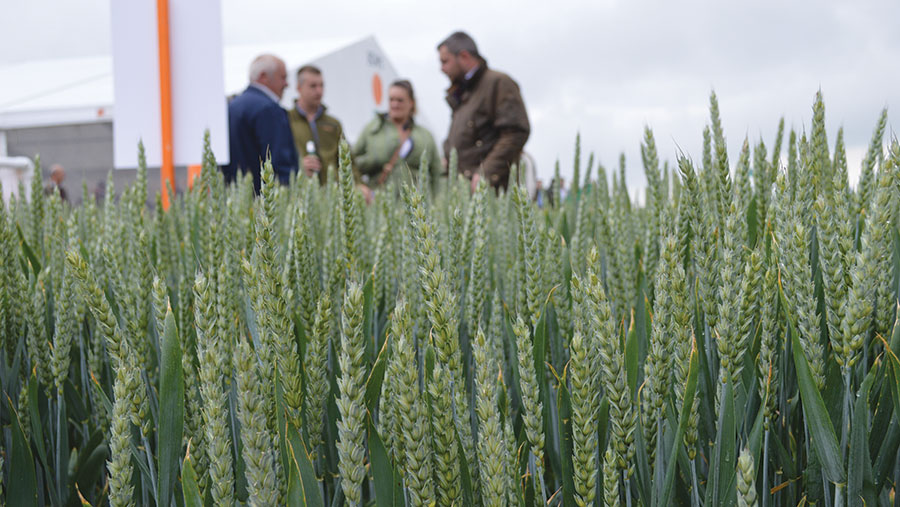 Winter wheat growers could save £40/ha on fungicide costs if they pick modern, disease-resistant varieties this autumn over more disease-prone ones.

Choosing varieties such as Extase and Saki can save growers money on fungicides without increasing the risk of yield loss due to their good resistance to diseases such as septoria and yellow rust.

Bill Clark, technical director of crop consultant Niab, says fungicides should be used to insure against yield loss, and the potential loss from these varieties is much less than for disease-susceptible ones.

“Growers can save £30-£40/ha on fungicide costs by growing these varieties and make life easier for themselves,” he said at the Cereals LIVE 2020 event.

Mr Clark picked two wheat varieties – Extase and Barrel – with very similar fungicide-treated yields on the AHDB Recommended List, but Extase had a much higher untreated yield, due to its superior disease resistance.

Last year, there was nearly a 2t/ha yield response from using fungicides on Extase, but for Barrel it was almost 5t/ha, within the overall Recommended List, where the response was close to 4t/ha.

Extase has one of the highest resistance scores for yield-damaging septoria at 8.1, whereas Barrel has one of the lowest at 4.3, on a 1-9 scale where 1 is very susceptible and 9 shows good resistance.

So for Extase, it should be possible to spend only £60/ha on fungicides, with an azole/SDHI applied at T1 and T2, whereas Barrel growers would need to spend more than £100/ha on a T0, T1 and T2, said Mr Clark.

A decision on a T3 ear spray would be a standalone decision based on the season.

“For this season, Extase could have been grown using a two-spray fungicide regime,” he said.

Mr Clark added that there are one or two varieties in each wheat grouping that can be classed as low input, in which fungicide costs could be cut.

In Group 1 bread-making wheats, he pointed to Zyatt, in Group 2 milling wheat he chose Extase and Siskin, in Group 3 biscuit-makers Firefly stood out, and in Group 4 feed wheats, he focused on Saki and Graham.