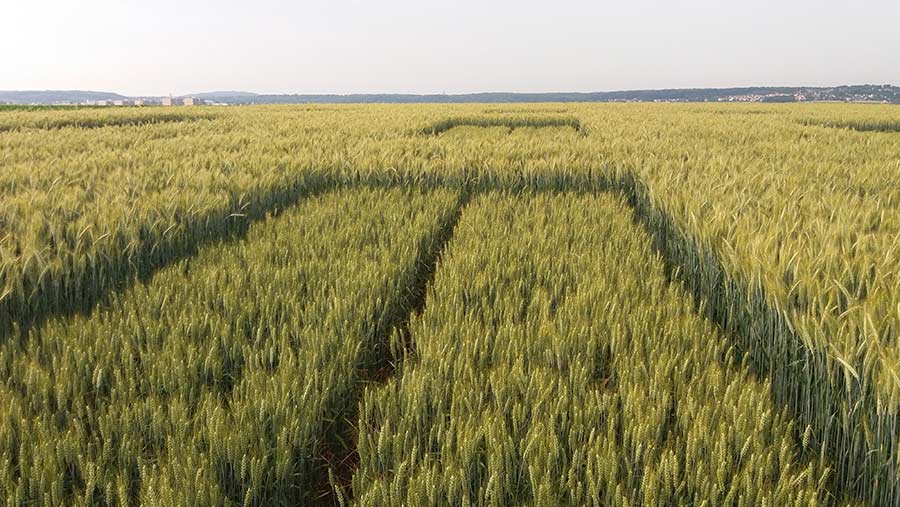 Researchers in France have shown that variety blends have the potential to slow the erosion of septoria resistance genes in wheat.

There has been an increasing interest in growing variety blends over the past five years, with the proportion of the French wheat area grown from a blend increasing from 5% in 2017 to 17% in 2021.

At present, blends are mostly grown in regions producing cereals for animal feed, with a key driver being improved yield stability and a desire to cut reliance on fungicides.

A recent development has seen Group Soufflet, one of France’s major grain processors, selling wheat seed blends to farmers and buying back the grain for use in breadmaking, increasing uptake in the human consumption sector.

Although management of fungal diseases like septoria are currently not a factor in the firm’s choice of blended varieties, this may change soon as more is learned about their effect on disease epidemics.

To fill in some of the knowledge gaps, a project at France’s National Research Institute for Agriculture, Food, and the Environment (Inrae) has been investigating the impact of wheat blends on the pathogen population’s virulence.

It has been established by other research around the world that growing wheat blends can reduce disease severity and selection of more virulent strains within a single season.

This was validated in the first year of a two-year experimental study performed by Carolina Orellana-Torrejon in 2020 at the Inrae-AgroParisTech research units Bioger and Ecosys in Thiverval-Grignon, west of Paris.

Danish research has also shown that using variety blends with complementary genetics can help to reduce fungicide use without sacrificing yield, and reduce the selection of fungicide-insensitive strains of Zymoseptoria tritici (the causal agent of septoria). 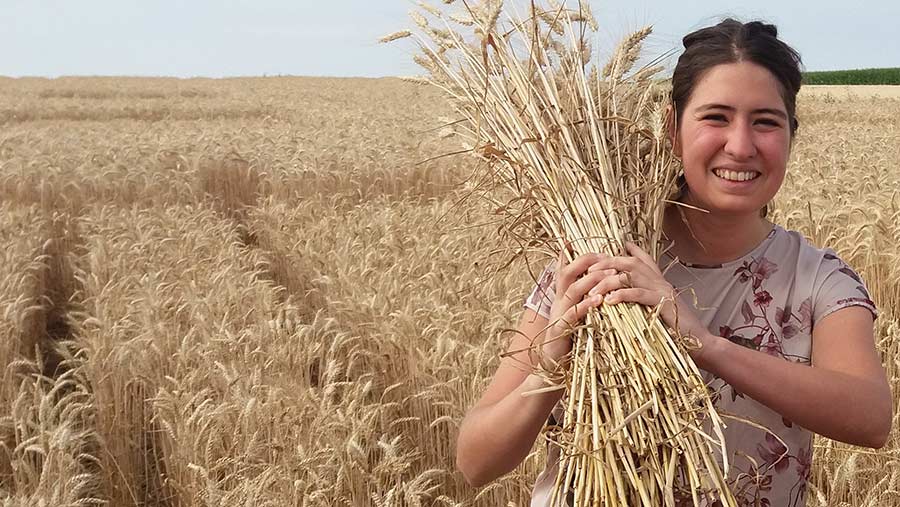 In 2021, Ms Orellana-Torrejon’s project aimed to find out if the effects of the blend on septoria virulence against a resistance gene seen in a single season persisted between seasons, after the pathogen’s sexual phase is complete.

This phase occurs when two compatible strains of septoria meet on senescent tissue, giving rise to pseudothecia – the sexual fruiting bodies of the fungus which release wind-borne ascospores to infect subsequent crops.

The blend used in the first year of trials was a susceptible variety mixed with resistant milling variety Cellule – which carries the Stb16q septoria resistance gene – in proportions of 1:3, 1:1 and 3:1. These were compared with plots with only the resistant cultivar.

The researchers then tested the virulence status of ascospore-derived strains collected from crop residues left behind on seedlings.

It was found that the lower frequency of Stb16q-virulent strains of septoria found after growing the blends persisted until the start of the next epidemic.

“This means that blends can be a way to deploy resistance genes, but with the prospect of longer durability,” explains Ms Orellana-Torrejon.

Inrae plant disease epidemiologist Frederic Suffert says it is not yet clear if the effect will be beneficial for varieties with strong resistance that have just been released to farmers. 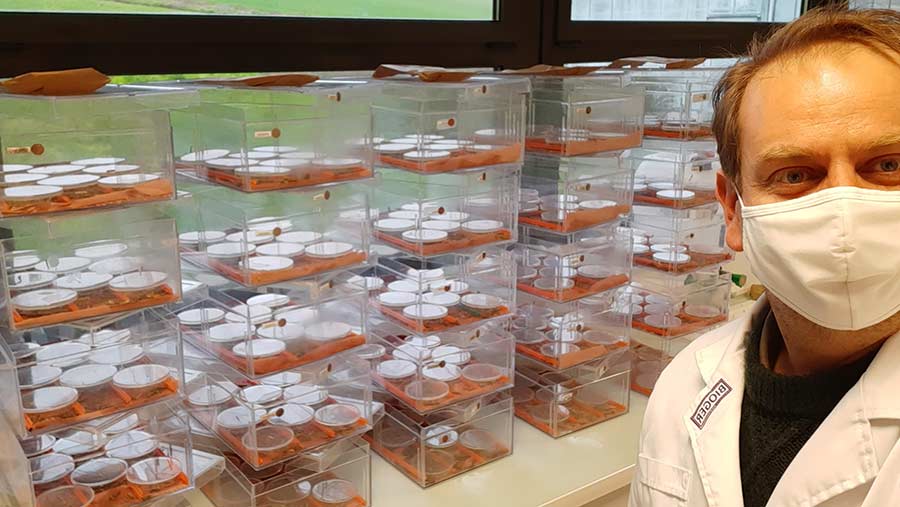 He explains that in the trial, the variety Cellule, with its Stb16q resistance gene, had been on the French market since 2012 and its strong resistance to septoria had already shown signs of breaking down by 2015.

This breakdown of Cellule was observed not just in France, but also Ireland, and the gene is present in several other French varieties.

Dr Suffert adds that blends could be a good way of extending the life of varieties that have already shown signs of breaking down, and against which virulent strains are already widely distributed.

However, his intuition is that it could be dangerous for elite cultivars bearing new genes which have not yet started to break down.

“When you mix those cultivars with susceptible ones, it could increase the probability of new virulent strains emerging,” he says.

“Concretely, the blend could immediately increase the ability of those strains to cross with avirulant isolates, and increase the overall virulence of the population.”

Ms Orellana-Torrejon says her experiments are being repeated in several European countries where there are different septoria population profiles, to see whether similar results can be observed.

The next steps would be to test the impact of different proportions and the use of a wider range of varieties to see if more complex blends with complementary genetics might be beneficial. This could help in designing blends in different situations.

“We can immediately use the information of my experimental study to feed a model, which will help understand the dynamic over several growing seasons, accounting for sexual reproduction,” she says.

“Personally, I think that blends could be a good practice for managing pathogen virulence and not just in intensive farming systems.”

Neil Paveley, head of crop protection at Adas, says the study means there is not only a benefit for in-season disease control when using a blend, but also a potential longer-term benefit for the industry.

He points out that the effect of using blends shown in the paper would suggest that if they were used in a widespread way across the UK, the erosion of resistance ratings seen recently in Cougar and varieties with its parentage could be slowed.

However, this would require grain buyers – and particularly millers – to accept blends, as they have in France and Denmark.

“It’s about recognising the collective benefit of protecting resistance genes as much as possible,” notes Dr Paveley.

“We can say: ‘the next variety will be along soon’. However, as we’ve seen with Cougar, if you lose effective disease resistance genes, you set back a whole bunch of potential new varieties that share a common pedigree.”