Irish wheat growers will have a new very effective fungicide this spring a year ahead of UK farmers giving them an advantage in controlling damaging diseases such as septoria and yellow rust, and lifting yields.

Inatreq is a new active with a different site of action to other cereal fungicides which will boost disease control and help slow down any build-up in resistance to treatments.

The agrochemicals and seeds giant Corteva Agriscience is launching the fungicide in Ireland as a straight to be sold under the brand names of Questar, Peacoq and Aquino. There will be no co-formulation, but it is mandatory to mix it, and the preferred partner is the top-selling azole prothioconazole.

The fungicide is also available to French and Belgian growers this spring, while some other European countries along with Britain are still awaiting for approval.

Irish trials over the past two years show an average yield advantage of 1.2t/ha over existing SDHI-azole fungicides with better septoria control, while yellow rust control matches the most effective SDHI.

Steven Kildea, plant pathologist at independent Irish research group Teagasc, says there has been a drop in efficacy of existing SDHI and azoles in Ireland over the past five-to-six years leaving a need for new chemistry.

“Clearly, Inatreq is up there with the best, and in combination with an azole it is giving very good disease control,” he says.

The fungicide will be available this spring for use across Ireland’s 60,000ha of winter wheat, while clearance in the UK is stuck with the regulators. Approval for use on barley in Ireland is pending. 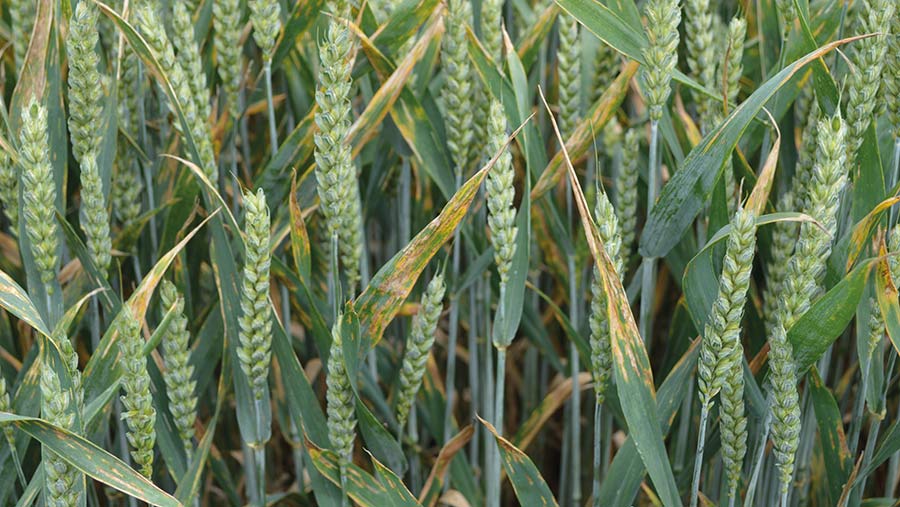 Inatreq is in the final phase of the UK approval process with the Chemicals Regulation Division (CRD) of the Health and Safety Executive, which has requested additional information before product approval.

“Because this will take time, it is unlikely that this information can be gathered and evaluated in time to allow sales to commence ahead of spring applications,” says Corteva.

This means a full launch of the fungicide in the UK is unlikely until 2022, although there could be some limited use in late spring 2021 if approval comes quickly. It will offer a third group of fungicides – in addition to azoles and SDHIs – with systemic control of septoria and so help with fungicide resistance.

As Inatreq works at a unique target site in the disease fungus, and demonstrates no cross-resistance to other fungicides, it should allow Irish farmers to achieve good levels of disease control and help delay fungicide resistance. 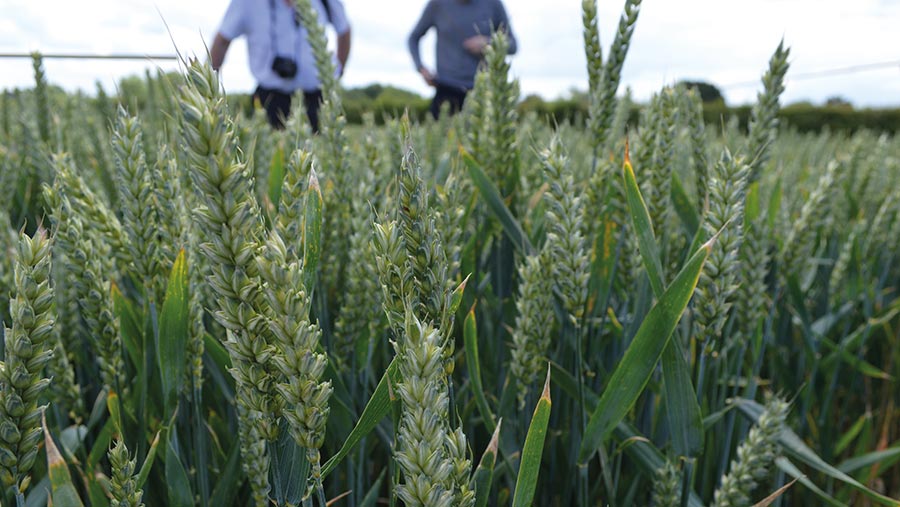 Dr Kildea says as it works on a single site in the fungus, like SDHIs, it is deemed to be of a medium-to-high risk of developing resistance, but this is mitigated by it being used only once in a season and being mixed with a fungicide with a different mode of action, like an azole.

The addition of a multisite protectant fungicide will also help delay resistance, and folpet looks the best partner as chlorothalonil is banned, mancozeb is under threat and sulphur is not performing to the same level as folpet.

This comes at a time when other fungicides are banned or under threat. The azole epoxiconazole is banned from sale in the UK and is in a farm use-up period, while fellow azole tebuconazole is under threat.

Inatreq’s chemical name is fenpicoxamid, and it is from the picolinamide chemical group, which has not been used before as fungicides in cereals. Inatreq is a systemic fungicide like azoles, SDHIs and strobilurins meaning it moves through leaves to cure disease rather than just coating the leaves like protectant multisites.

Gregory Kemmitt, Corteva’s global product development leader for fungicides, says this is the first new group of fungicides with a new site of action for use in cereals for nearly two decades.

The last were the SDHIs in 2003 with boscalid, with the strobilurins introduced in 1996, while the azoles were first used in the 1970s with the last launched being prothioconazole in 2005 and then mefentrifluconazole in 2020. Multisites, such as folpet and mancozeb, have been used for more than 50 years.

But as a single site of action fungicide, Inatreq is at risk from resistance building up, so Dr Kemmitt highlights it can only be used once in a season to help with resistance management. To protect the new product he suggests the following general principles:

Rainfast in an hour

A new formulation method for the fungicide, called i-Q4, is said to make the product rainfast within an hour, and allow rapid penetration through the leaf cuticle and so give protective and curative activity within 30 minutes.

John Mulhare, agronomist with crop protection product supplier Terrachem, says the fungicide gave good control of septoria in Irish trials in 2019 and 2020. He highlights it should be used with an azole and ideally with a multisite.

In Ireland’s mild and wet climate, the moisture-loving septoria can cause yield losses in wheat of up to 50% in a bad disease year.

Mr Mulhare says Inatreq with a partner azole has shown a yield advantage of 1.2t/ha over an SDHI-based approach when applied at the flag leaf T2 stage.

In addition, in 2020 an Inatreq-azole mix compared with the SDHI-mefentrifluconazole azole product Revystar gave a yield advantage of 0.3-0.6t/ha. Furthermore, Inatreq at its full rate of 2 litres/ha versus a 75% rate at 1.5 litres/ha gave a 0.6t/ha advantage. 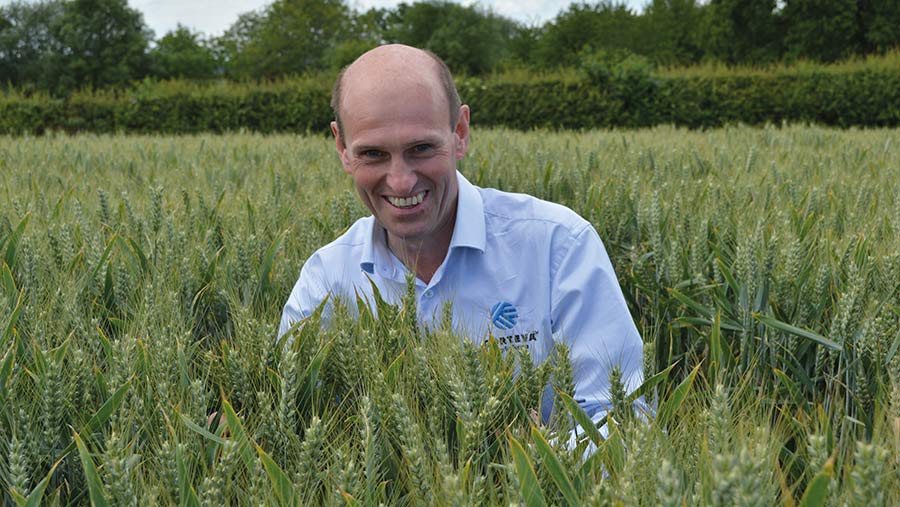 “Robust disease control keeps greening levels going for longer and helps put more grain back in the barn,” he says.

On whether Inatreq should be used at T1 and T2, Dr Kildea suggests it is used at T2 because of its good persistence through the grain filling period. 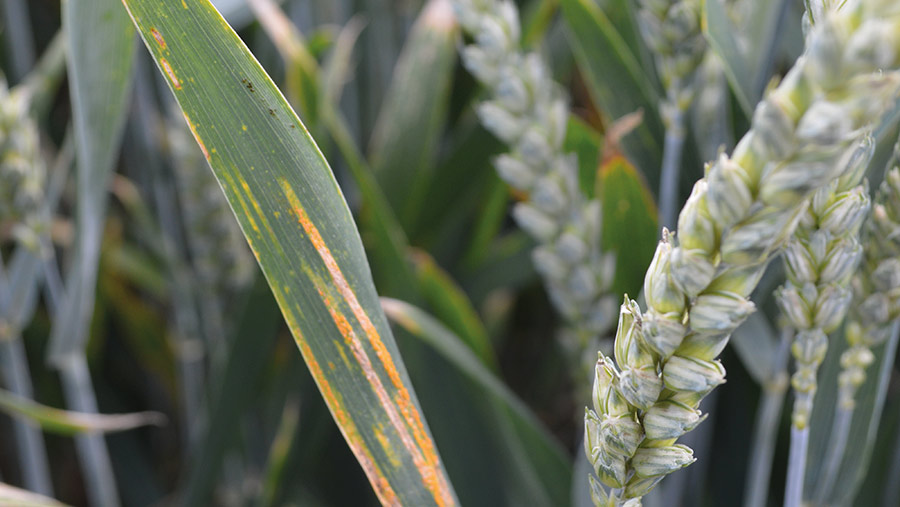 Mr Mulhare suggests T2 if growers are using only one of the newer fungicides, but if using the other (mefentrifluconazole), then Inatreq can be used at either T1 or T2, but not below 1.5 litres/ha.

Picolinamides (such as Inatreq), SDHIs and strobilurins have the same mode of action to control disease fungi, that is involving the inhibition of mitochondrial respiration in the fungus, but significantly they have different sites of actions.

Although sounding similar, they bind to a different site, so there is no cross-resistance between the two. This is important as the strobilurins rapidly lost their efficacy against septoria some 15 years ago and are now largely ineffective due to their overuse and being used on their own.

SDHIs, or succinate dehydrogenase inhibitors, operate on a different binding site, while azoles have a completely different mode of action which affects the cell membrane of the fungus.