The arrival of the new fungicide Univoq gives wheat growers an alternative to established SDHI-azole products used at the T2 flag leaf timing, and will add much-needed resilience to disease control programmes.

Approved in time for flag leaf sprays, Univoq from Corteva Agriscience contains the new active ingredient fenpicoxamid (also known as inatreq), which comes from a chemistry group that has not been used in cereal disease control before.

Classed as a quinone inside inhibitor, fenpicoxamid targets pathogens in a different way to azoles, SDHIs and strobilurins, expanding the options available and bringing the ability to protect other chemistry.

Also containing the azole prothiocon-azole, the new fungicide product has given good results on both septoria and the rusts in AHDB-funded fungicide performance trials conducted over the past three years.

Having a new and different site of action to use for septoria control is a huge shift, says fungicide expert Jonathan Blake at crop consultant Adas, who points out that growers had become too reliant on SDHIs and azoles.

“It’s a very welcome addition. Its novel mode of action offers value in terms of efficacy and in slowing the development of resistance to the others,” he says. “We know that SDHIs and azoles are less active on septoria than they used to be. Univoq, with its new target site, brings more resilience in the medium to long term, which can only be a good thing.”

Univoq’s activity has been tested since 2018 in AHDB work, where it has been compared with other commercially available fungicides.

On septoria, it has given a similar level of control as that achieved by last year’s newcomer, Revystar (SDHI fluxapyroxad + azole mefentrifluconazole) .

“These two products are just ahead of the pack and a bit more effective than the others. It’s worth highlighting that they both need to be used at higher application rates when employed in curative – rather than protectant – situations,” says Mr Blake.

With yellow rust, Univoq gave better activity than prothioconazole alone, suggesting that fenpicoxamid adds to its control. Mr Blake says it was comparable with the results achieved with Elatus Era (SDHI benzovindiflupyr + azole prothioconazole) and those from the soon-to-be-withdrawn azole epoxiconazole.

“Its brown rust control was slightly below that of Revystar, but similar to Ascra. The differences are very small,” he says. Ascra contains two SDHIs, bixafen and fluopyram, with the azole prothioconazole.

Univoq has also been mixed with multisite protectant fungicide folpet, which proved to be a positive addition. “It works well with it and without it. Growers shouldn’t forget about multisites and the reasons for including them,” adds Mr Blake.

Looking ahead to the T2 timing, Mr Blake accepts that the dry April will have checked septoria to some extent, but stresses that May is the key month for septoria development.

“Crops haven’t really extended yet and there is some septoria present on the lower leaves. So the potential is there for it to transfer to the upper leaves, especially as the forecast is more unsettled,” he says.

Independent agronomist Charles Garrard at crop consultant Ceres Rural agrees that septoria can be found in the crop canopy and, while it is not moving quickly in the current conditions, there are good reasons to keep crops protected.

“There are some appropriate savings being made at T1 as we speak, so there could be a bit more for fungicides to do at T2. In general, well-established crops seem to have better potential than we saw last year,” he says.

He refers to independent trials that have shown that Univoq is in the same league as Revystar in terms of disease control and yield response, but notes that it has an additional benefit where resistance is a concern, due to its new site of action.

“As a completely new mode of action, the product still has to be used responsibly, but it presents a different option to the SDHI-azole products that have dominated the market for the past fifteen years,” he says.

In terms of price, Mr Garrard expects Univoq to be at the top end – reflecting the research and development costs associated with bringing a new molecule to the market.

“It will come at a premium but, depending on the disease pressure as we approach T2, that needn’t be a stumbling block,” he adds.

Mr Garrard points out that in terms of efficacy on septoria, £30/ha spent on appropriate rates of new chemistry will have more activity than £30/ha spent on older products and molecules.

“The efficacy of the older SDHIs simply isn’t at the same level, especially given the shift in sensitivity of septoria isolates and the increasing level of resistance we’ve seen in recent years,” he says.

Northamptonshire farm manager Andrew Mahon has had access to limited quantities of Univoq for use at T2 for the past three years, comparing its performance with that of other popular fungicides.

None of the previous growing seasons gave it a really stern test, as disease pressure was relatively low and the weather conditions allowed timely treatments to take place. 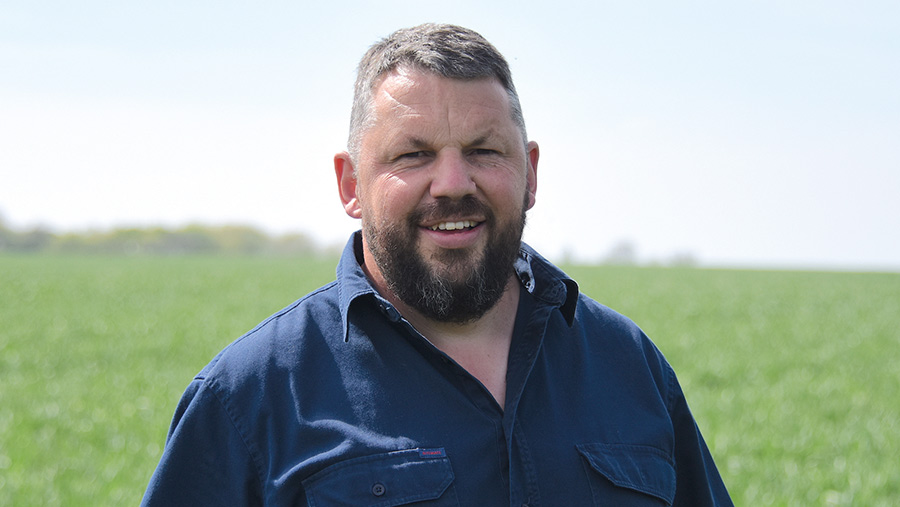 In terms of yield, he recorded the same level of output from Univoq as when one of the SDHI/azole products – either Revystar, Elatus Era or Ascra – was applied at the same timing, with good control of septoria and rusts achieved.

“So far, I’ve seen it perform as a good all-round product in three different seasons,” he says. “I haven’t had to rely on its kick-back activity or persistence, but I’m confident that it does have a bit more to offer than older chemistry.”

Now that it has been approved, he expects that Univoq will have a place at T2 in the wheat being grown on the Bromborough Estate this year, as he continues to learn more about the fungicide and how to get the best
from it.

“My approach is to wait and see how crops develop and what the main disease threats are before making final decisions. The weather has a say on how much firepower we need, but it is also tailored to the variety being grown,” he says.

Mr Mahon does his own agronomy and also makes good use of micronutrition throughout the growing season, so that plants remain healthy and can cope with environmental stresses.

With 200ha of winter wheat in the ground, 75% of which is the milling varieties Crusoe and Skyfall, Mr Mahon is remaining alert to the threat of both brown and yellow rust – as both varieties have susceptibilities.

The Skyfall had a T0 of tebuconazole to take care of yellow rust, while both varieties had a T1 of prothioconazole + folpet in late April, after a very dry spell.

A blanket approach with fungicides is not compatible with the farm’s sustainability strategy, which is why he remains flexible when it comes to the budget and product choice, fine-tuning treatments according to variety.

“Like many, I want to use the least amount I can get away with, without affecting yield. We all know the returns are good from fungicides, but no one wants to spend more than is necessary,” he says.

Mr Mahon welcomes the arrival of Univoq and its new active ingredient, inatreq, as it has not been used in cereal disease control before and can play a role in protecting other chemistry.

“The loss of actives is concerning, so it’s good to see new products arriving. In this case, it brings both protectant and curative activity against the main wheat diseases and the ability to target pathogens in a different way to existing products,” he adds.