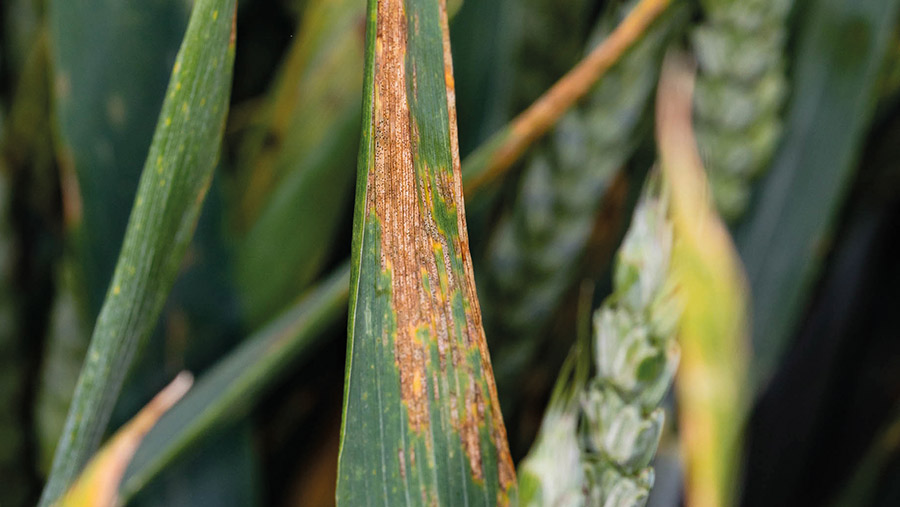 A third-generation SDHI fungicide offering improved septoria control in wheat could be the solution to ramularia control in barley after the loss of chlorothalonil.

See also: Why soil measurement is a key challenge for carbon farming

Syngenta disease expert Dave Ranner says that although pydiflumetofen, given the marketing name Adepidyn, has the same mode of action as other SDHI fungicides, it is in a class of its own.

This is supported by EC50 lab testing, which shows the active is 100 times more potent in controlling growth of the pathogen than existing SDHIs.

The fungicide is approved in 29 countries to date and has broad-spectrum activity, with particularly good control of leaf spots and fusarium in cereals, net blotch and ramularia in barley and early blight in potatoes.

It is currently being considered by the Chemicals Regulation Division for UK use in cereals.

The company has two years of trials showing yield responses.

Group technical manager Jason Tatnell points to 2019, a higher-pressure year where the average response was 1.2t/ha over existing chemistry in wheat.

This sizeable response, he believes, shows that it is a step change in septoria control, allowing crops to stay green for longer.

In 2020 when disease pressure was lower, Syngenta still saw a 0.55t/ha response over the newest product at the time, fluxapyroxad + mefentrifluconazole.

But the knock-on benefits for fusarium ear blight from a T2 application make it different to existing SDHI fungicides, which offer little control.

For barley growers – who no longer have an effective product to control ramularia – the new fungicide appears to give good control. Last year, the disease was not seen, but it was seen in 2019 in Ireland, where the active gave good control.

Mr Tatnell points to 2020, where pressure was higher in Germany and trials found a 0.7t/ha yield benefit resulting from better control of the disease with Adepidyn.