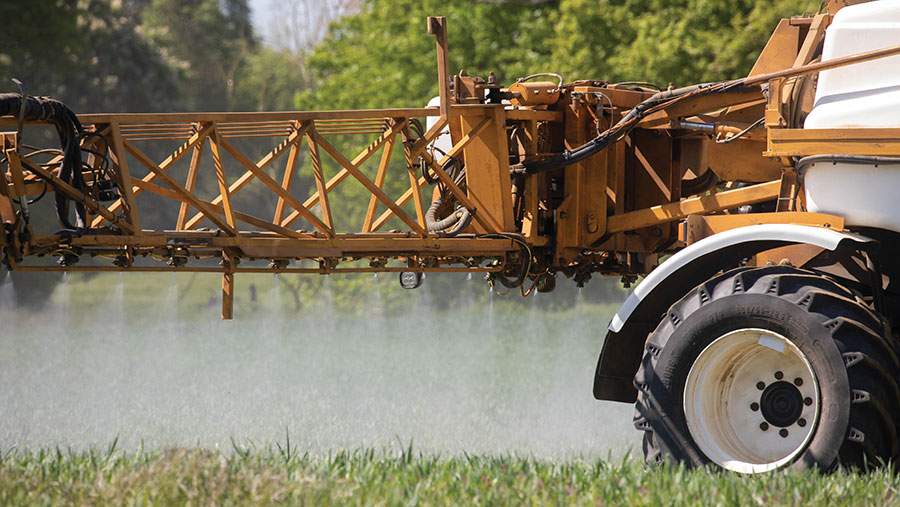 With more fungicides being lost than gained in the past 12 months, we revisited the three growers we spoke to in 2020 to see if BASF’s newcomer, Revystar, lived up to its promise in its second season on their farms.

Taking risk out of the business is the current focus for Suffolk farm manager Edward Vipond, who highlights extreme weather and the partial loss of support payments as more pressing concerns than fungicide choices this year.

With a range of soil types at Troston Farms, wet autumns create difficulties establishing wheat on heavy land with a blackgrass legacy, while dry springs cause light land crops to become stressed and go backwards.

“Both too much and not enough rain were features of last year,” he says. “Our costs of production get too high if yields suffer, especially with crops where money has been spent up front.”

For these reasons, Mr Vipond’s fungicide policy in 2021 will be based on crop potential, so that the use of inputs is matched to their likely return and costs are kept under control. 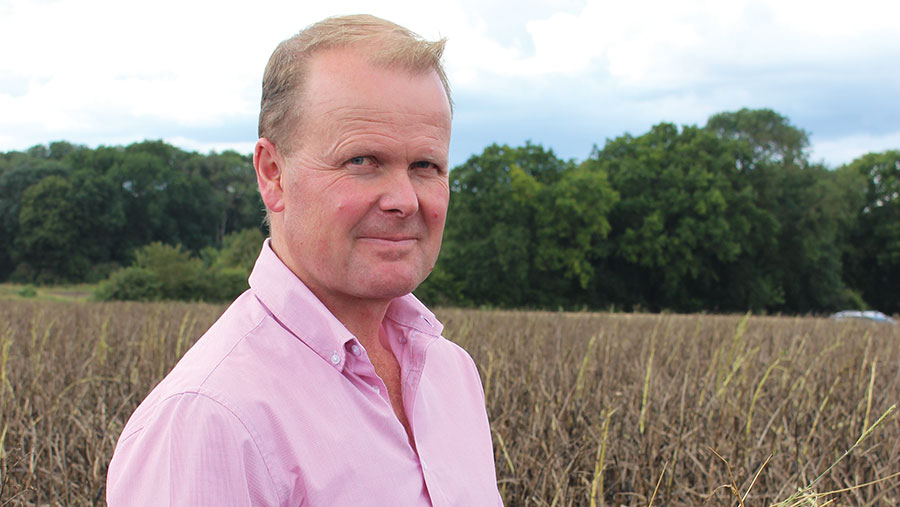 Having participated in BASF’s Real Results trials programme for the past two years, he has seen good results from using 1 litre/ha of Revystar at T2 in both seasons, but remains cautious about its widespread use on the 1,500ha farm.

“Any product used in a programme has to be there on its merits, especially those with a price tag of £50/litre,” he points out. “Final fungicide decisions are only made a few days before spraying, according to the presence of any disease and the potential of the crop.”

In last year’s trial, a field of the soft feed wheat variety Spotlight that was vigorous and growing well benefited from the eradicant activity of Revystar on septoria at T2, but there was little between it and a comparison with an Ascra/folpet mix.

He also used Revystar at T2 on a commercial crop of Spotlight, which went on to yield 11.7t/ha – giving the level of response he expects to see from a premium product.

“Disease pressure was low early on in 2020 due to the dry conditions,” he recalls. “But by T2, we could see septoria coming in.”

For this coming season, clean crops of varieties with higher septoria resistance ratings won’t necessarily need the same level of inputs as high-potential crops showing some disease, he predicts.

Last year’s spend of £105/ha on a four-spray programme could come down to about £80/ha on robust varieties, with any savings made most likely to come from dropping the T0 spray and not using an SDHI at T1.

At this early stage of the season, he plans to give his late-drilled Skyscraper a three-spray programme, but the rust-susceptible varieties Zyatt and Crusoe are likely to have an early T0 treatment of tebuconazole.

The jury is still out on whether to include folpet as the only remaining multisite.

“Field walking in February didn’t reveal any yellow rust, but there was a level of septoria on everything.”

Crops that don’t get a T0 will be prioritised at T1, when those with lower septoria ratings might get an SDHI.

“The T2 timing is my preferred slot for an SDHI. Like every year, we’ll be walking the crops regularly and matching treatments to what we find, as well as the weather.”

After another difficult autumn and winter for fieldwork, Norfolk farm manager Toby Hogsbjerg is reconsidering his approach to disease control in winter wheat for 2021.

Although he managed to drill a large tranche of winter cereals and get a pre-emergence herbicide applied before the heavy rain started at the end of September, he has been unable to get back into the fields since then.

“The crops that we drilled established well initially, but they need a break from the rain now,” he says. “We also still have 283ha of spring cropping to get in, which will have to wait for a while.” 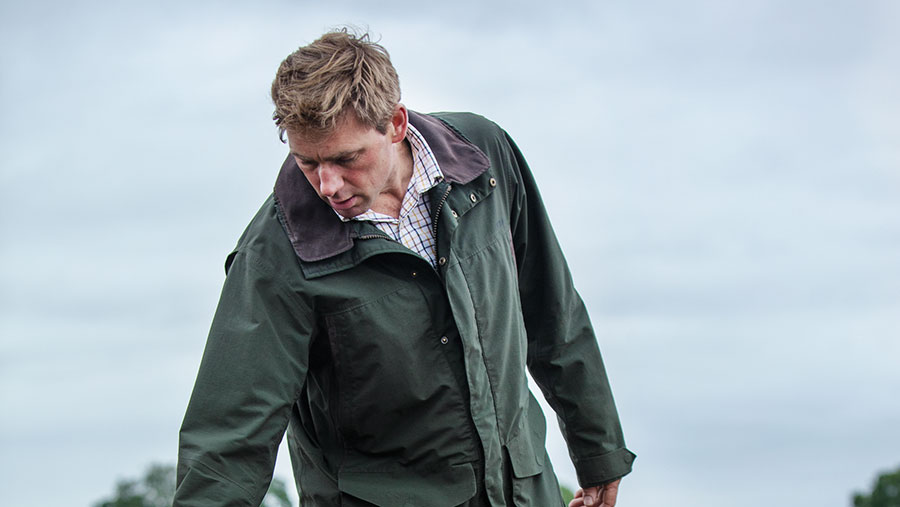 With root crops and cereals being grown across 1,000ha, a disease modelling system linked to the farm’s weather station is being tested this year, so Mr Hogsbjerg can evaluate the risk of disease developing in crops and make more informed decisions about spraying.

He hopes it might allow him some flexibility with future spray applications – perhaps moving away from the traditional spray timings and switching to the use of fewer treatments based on the most appropriate fungicides.

“I’m revisiting how we might get the most value from fungicides,” he says. “It could allow us to be braver and change the way we make decisions about their use.”

Trials on the farm

After seeing little advantage from new chemistry in 2019, last year’s Real Results trial on the farm gave a significant yield difference when 1 litre/ha of Revystar was used at T2, recording an extra 1t/ha over the farm standard.

“That particular field is extremely variable, so the result should be viewed with some caution, but there was also a yield increase when 0.8 litres/ha was used,” he reports. “In both cases, it followed a T1 treatment of Adexar.”

Elsewhere, Mr Hogsbjerg used some Revystar in a commercial crop of Insitor wheat at T2 in 2020, in what he describes as a nightmare of a season. As expected, yields were down across the farm, as winter cereals were drilled late following roots and were then hit by a spring drought.

“That particular crop yielded 7.25t/ha from a November drilling date, so it did better than the farm average.”

Looking ahead to this year, the loss of chlorothalonil means he might bring the use of Revystar forward to the T1 timing.

“It offers disease control and physiological benefits, so we want to get the best out of it before it becomes hot and dry,” he says.

Final decisions won’t be made until he has walked the crops and been able to assess their development, although he acknowledges that Revystar will feature again if the conditions are right.

“In a very testing year, the yield increase we saw was significant,” he says.

In such an unusual and disrupted season, the septoria threat was almost non-existent on Cambridgeshire grower Hannah Darby’s 360ha farm last year. 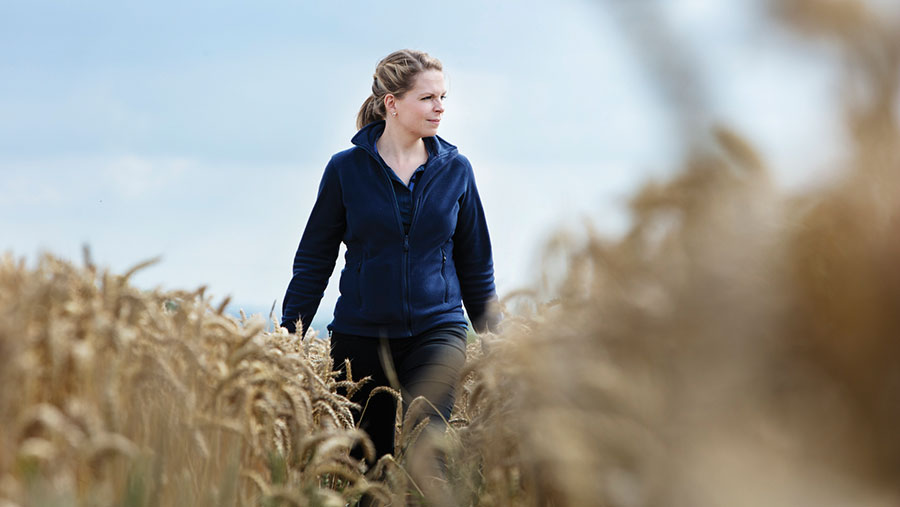 Although Ms Darby continued with her BASF Real Results trial, looking at the performance of Revystar used at T2 at two different rates, her fungicide choices at that timing for the remainder of her wheat were different.

In commercial crops, she opted for Elatus Era plus chlorothalonil at T2, having recognised the danger that a diverse and dynamic yellow rust pathogen posed to the varieties being grown.

“The conditions just weren’t conducive to septoria last spring and our focus switched to controlling yellow rust,” she recalls. “It emphasised the importance of appropriate fungicide choice.”

In the trial, both 1 litre/ha and 0.8 litres/ha of Revystar were compared with an Ascra/folpet mix, all of which followed the use of Adexar + chlorothalonil at T1.

The results showed a slight yield improvement with the 1 litre/ha rate of Revystar, giving an average yield of 11.92t/ha with Ascra/folpet being lifted by 0.25t/ha. The difference with the 0.8 litres/ha rate was negligible.

“Visually, we couldn’t see any differences at all between the treatments, so it wasn’t until after harvest that we became aware of the positive yield result,” she recalls.

“The trial took place in one of our best fields on the soft variety Skyscraper, so we knew the yield potential was there.”

Ms Darby is always keen to look at new chemistry and see what it has to offer over existing products. “It’s a low-risk way of trying something new and learning more about whether it has a place on the farm.”

Looking ahead to this year’s fungicide programme, she is aware that having Skyfall in the ground could make yellow rust control a priority again.

“If we get wet weather and have a septoria-inducing spring, Revystar is likely to feature in our plans. It has an advantage if spraying gets delayed, as it seems to be more persistent and offers some eradicant activity.

“Otherwise, we have epoxiconazole in the shed which has to be used up this year and is very good on yellow rust. We also have supplies of Adexar on the farm, which has been our standard T1 for a while.”

Her fungicide budget for the year is flexible, but she is reluctant to go over £100/ha. “We have no problem with spending the money if we know we’re going to get a return. That’s why on-farm trials have a role here.”