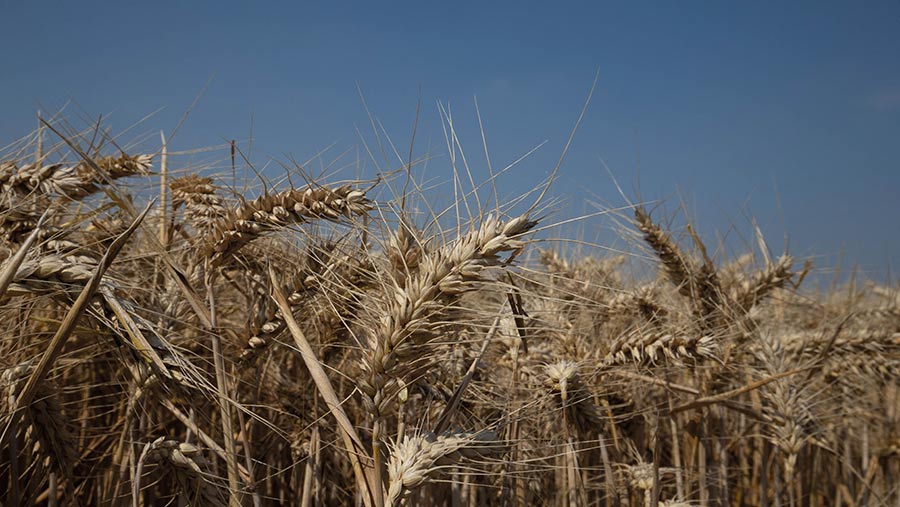 An online early warning system and a revamp of variety yellow rust resistance ratings have been introduced for 2021 to help wheat growers tackle an increasingly diverse pathogen.

With the risk of yellow rust increasing every year as the disease evolves, the new measures should help to reduce the discrepancies that have been seen in the field in recent years and provide better discrimination between varieties.

As previously reported in Farmers Weekly, unexpected disease outbreaks on varieties considered to be resistant have been a feature of the past two seasons, with new yellow rust races emerging sporadically and often having a random distribution – leading to localised infections and differences within areas.

As a result, changes to the way that variety rust resistance ratings are calculated and a yellow rust Watch List are now in place, after the AHDB responded to the need for better guidance and more realistic variety scores.

As Catherine Harries, crop protection scientist at AHDB explains, the rapid change in the yellow rust pathogen has made it difficult for the Recommended List ratings to keep up, despite the trials data used to calculate them being robust.

“Resistance ratings are calculated on the past three years of data, with the normal procedure being to take an average of those three years, with each year contributing the same,” she says.

“So although they will always be a year behind, the main problem with the ratings wasn’t with the actual data, but with the way that the data was being used.”

When pathogen populations were stable, the old system worked well. But where the population is continually evolving and disease pressure increasing, it doesn’t represent the current risk to that variety of getting the disease.

Other methods have been looked at in the past – in 2016 when there was a big shift in the population, just one year of data was used to calculate the ratings.

And last year saw the introduction of a warning box on the Recommended List, with growers advised to monitor crops closely due to the highly dynamic nature of yellow rust.

Neither were enough. With this season’s new system, variety ratings will still be based on the past three years of data, but the most recent year’s results will carry more weight. 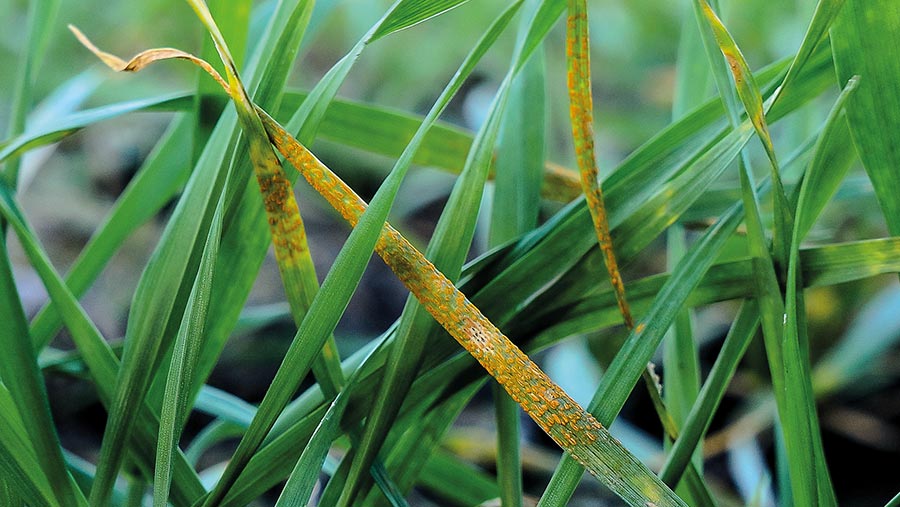 This means that the 2020 data has three times as much influence on the final rating as the 2018 data, for example, while the 2019 data carries twice the weight.

“In practice, varieties that are susceptible to yellow rust now have lower ratings than they had in previous years,” she continues.

An obvious example of this is the popular variety Skyfall, which now has a 3 for yellow rust where it previously had a 5. Group 4s Kinetic and Kerrin are now on 4, falling from 6 and 7, respectively.

This way of calculating ratings has also been extended to brown rust, she confirms.

The second change to the way that yellow rust ratings are calculated relates to the variety slope used with all ratings.

Varieties are plotted on a graph – those with known resistance are at the top and those known to be susceptible are at the bottom. The rest fit on the line between these two extremes, according to their performance.

As the changes that have taken place with yellow rust have occurred, the ratings slope has crept upwards.

While this makes it easier to differentiate between varieties, it is important to note that varieties where the rating has dropped aren’t necessarily more susceptible to the disease, she stresses.

Getting yellow rust ratings to reflect a variety’s susceptibility across the whole growing season is the ultimate goal.

Presently, the ratings are based on adult plant resistance, so varieties which are susceptible at the seedling stage can still have a high rating.

With adult plant resistance kicking in any time before growth stage 55, it means that spraying for the disease at T0, T1 and sometimes T2 has often taken place – as the current advice is to treat yellow rust if it is seen.

The drive to cut pesticide use and adopt integrated pest management principles widely is putting a research focus on season-long ratings, with the four-year Yellowhammer research project looking at breeding varieties with durable resistance. 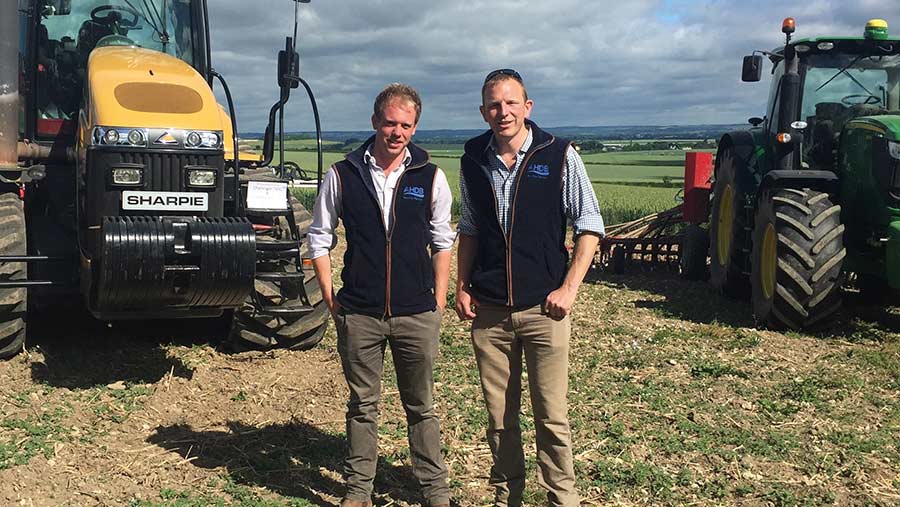 With Skyfall, Gleam, Insitor and Gravity in the ground this year – chosen for their yield consistency – he is aware of yellow rust susceptibility in three of them and will also be watching Insitor for brown rust.

“We know we will need to monitor these varieties as the season progresses, especially as some of their ratings have come down, but we haven’t seen yellow rust yet.”

Rainfall is often the limiting factor on the farm, although he appreciates that the past two dry springs may have given him a false sense of security when it comes to septoria.

“We aren’t drilling until mid-October, which has lowered disease pressure,” he says. “Of course, fungicides are only part of the disease control picture and there are other things we are doing to prevent disease.”

Participating in the Monitor Farm fungicide margin challenge in 2020 showed him that yellow rust was an issue at both T2 and T3 spray timings, with a high input programme performing well.

“But we would like to be braver with some of our fungicide decisions, which is why being forewarned about potential problems and having more accurate ratings is helpful,” he says.

A new way of highlighting the varieties that performed differently to expectations at some trial sites last year has been developed by AHDB and UK Cereal Pathogen Virulence Survey (CPVS) and launched as the Yellow Rust Watch List.

Designed to be a management tool, the Watch List picks out varieties that were susceptible to uncommon races of yellow rust, to try to identify those that are starting to break down.

Based on adult plant data only, it orders varieties based on their yellow rust levels from their worst three Recommended List trials compared with others, to flag up those that need close monitoring.

“We know that the situation can change very rapidly and we can’t predict what’s going to happen, so we hope that the Watch List helps growers with this challenge,” says AHDB’s Catherine Harries.

“Be aware that we’ve only used three sites and that we don’t have trials everywhere.”

The plan is to update it each year, following the release of the latest Recommended List.