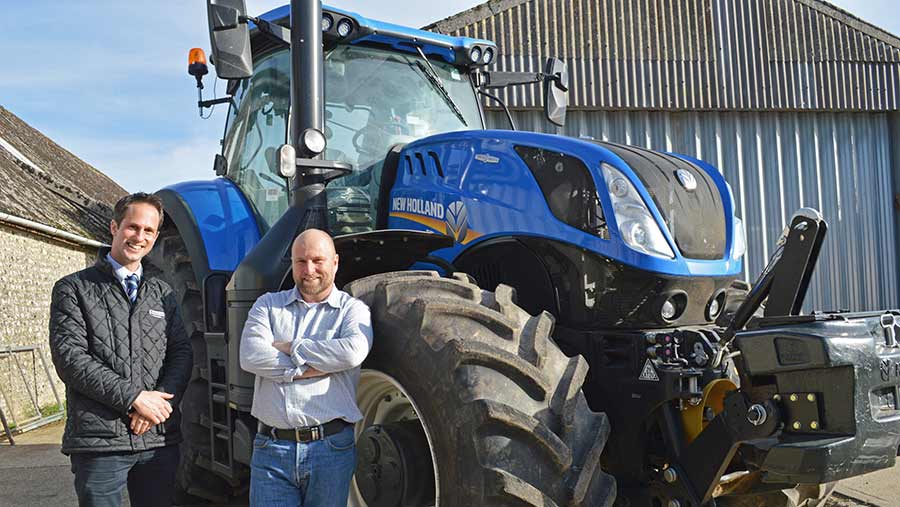 Britain’s biggest organic farm is cutting its fuel costs and making savings on expensive cereal seed in a machinery loan scheme with one of the world’s biggest tractor makers.

The vast Goodwood Estate is using the very latest fuel efficient tractors and steering systems for drilling to save on pricey organic seed in the deal with CNH Industrial, the owner of New Holland and Case tractors and Iveco trucks.

“It’s good for morale as the farm staff use modern equipment with fewer breakdowns and are continually learning new skills, with tractors being generally replaced every 12 months,” he told Farmers Weekly.

See also: How precision farming can earn an extra £99/ha

For CNH, the sponsorship deal gives it access to the 4,800ha estate and its events such as motorsport festivals, a hill-top horse racing track, airfield and historic house, as well as allowing farmers and dealers to see the group’s machinery on a working farm.

The access to up-to-date kit proved useful earlier this year as spring barley and oats drilling started three weeks later than normal, and when dry weather finally arrived the estate could quickly catch up and rapidly drill its 150ha of spring cereals.

“In a difficult late spring, it allowed us to catch up and finish spring cereal drilling at the normal time,” Mr Hassell said.

Self-steer drilling allows big savings to be made in spring barley and oat organic seed, which can be twice as expensive as conventional seed, by using automatic steering and avoiding any overlapping with the estate’s 4m wide cereal drill.

As the main weed control tool on the organic farm is ploughing rather than herbicides, using a 315hp New Holland T7 tractor has resulted in savings in fuel as the tractor engine is not running flat out when using a six-furrow plough.

Over a season, about 1,200ha of grassland is topped, and the accuracy achieved and so avoiding overlapping leads to a considerable cost saving. 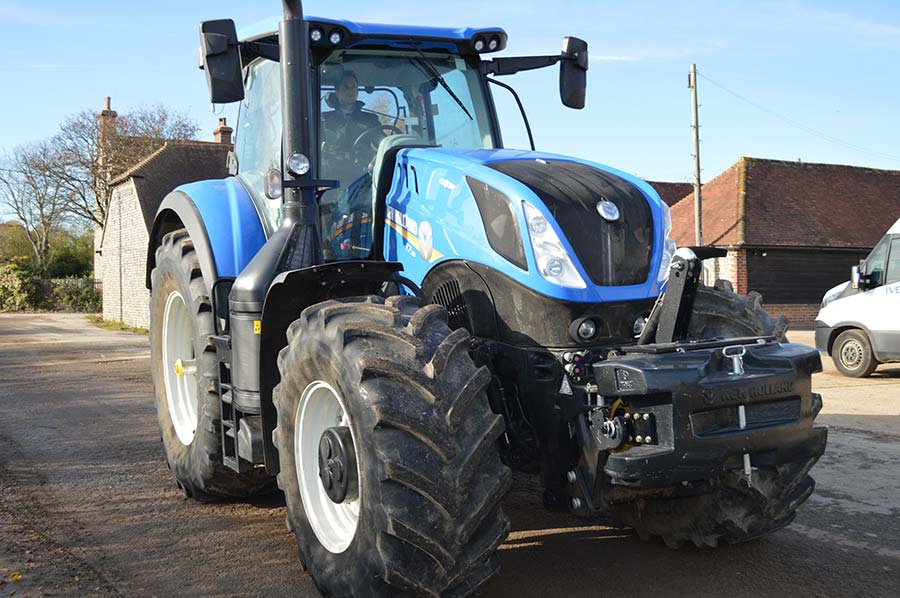 “The sponsorship deal gives us access to 15 different events such as the Festival of Speed and allows us to showcase the relationship with customers and dealers,” he said.

The current arrangement lasts to the end of 2019, but if it were extended, New Holland’s new 180hp methane-powered T6 tractor, to be produced by 2021, would fit in well with Goodwood’s sustainability goals.

With lower fuel costs and low emissions, this new machine, built at New Holland’s Essex plant in Basildon, could give farmers the option of a tractor which can be powered by fuel from their own farm via an anaerobic digestion plant.