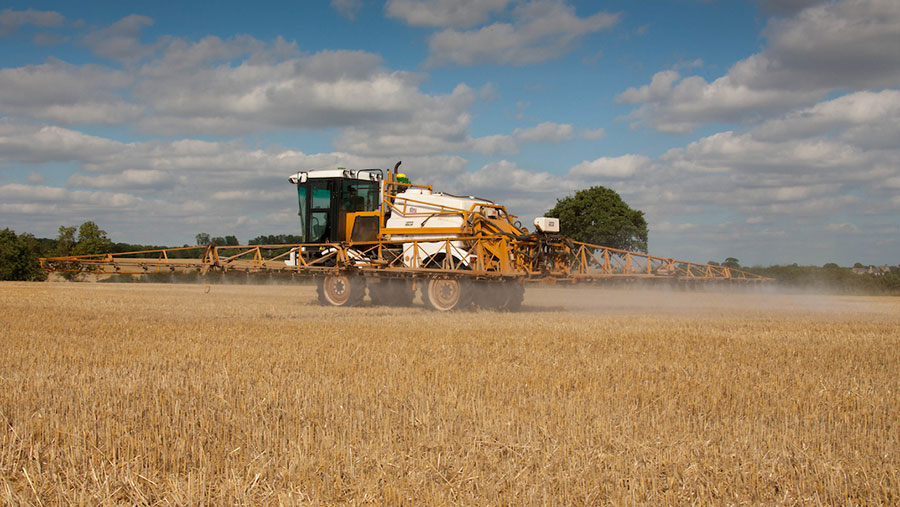 Germany has announced plans to phase out the weedkiller glyphosate before introducing a ban by the end of 2023.

“What we need is more humming and buzzing,” said Ms Schulze, announcing the plans on Wednesday (4 September).

She also stressed that “a world without insects is not worth living in”.

See also: US environment agency says glyphosate is not a carcinogen

The ban in Germany is a major blow to German agrochemical manufacturer Bayer CropScience, which manufactures the glyphosate-based weedkiller Roundup.

It follows a ban on glyphosate introduced in Austria in July.

Last month, 20 French mayors defied their government and banned its use in their municipalities.

Bayer, which acquired Monsanto last year, released a statement raising its objections to the ban.

The company said glyphosate is “an important tool for ensuring both the sustainability and productivity of agriculture”.

It added: “Such a ban would ignore the overwhelming scientific assessments of competent authorities around the world that have determined for more than 40 years that glyphosate can be used safely.”

Glyphosate is licensed for use in the EU until December 2022.

Bayer is currently facing more than 18,400 lawsuits in the US from plaintiffs over claims its Roundup product causes non-Hodgkin lymphoma, a type of cancer.

Bayer has strenuously denied the claims and has vowed to defend the cases in court.

Concerns about the safety of glyphosate have intensified since 2015, when the International Agency for Research on Cancer (IARC), part of the World Health Organization, concluded that glyphosate was “probably carcinogenic to humans”.

However, regulatory bodies across the world, including the European Food Safety Authority, Health Canada and the US Environmental Protection Agency, maintain that glyphosate is safe when used according to the label.

The UK government continues to support the use of glyphosate.

But it remains to be seen if the weedkiller will be available to use on farms after Brexit.