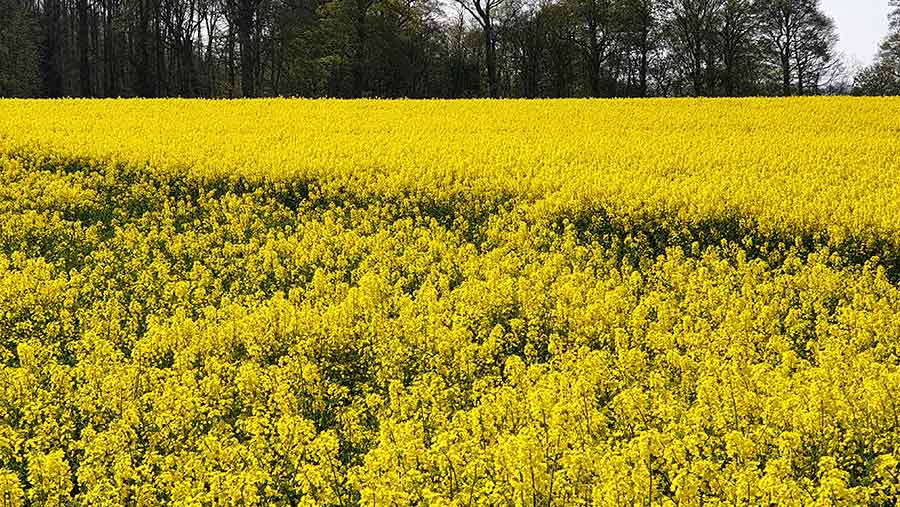 The grazed and ungrazed sections on 22 April

A Yorkshire grower who grazed sheep on part of his oilseed rape crop before Christmas has seen no yield loss after totting up the figures since combining.

Peter Trickett carries out his own agronomy on his 445ha farm and split one field of Mentor oilseed rape in half and introduced sheep on to the healthy knee-high crop drilled on 10 August – to give the animals a bit of winter feed rather than letting the pigeons get fatter.

An electric fence kept the New Zealand Romney ewes on the selected patch of OSR and they were moved on to a fresh area every three days to avoid overgrazing.

The sheep were on the crop from mid-November to mid-December, as advice from Frontier’s chief agronomist, David Robinson, was to get them off before Christmas to avoid lasting damage.

Mr Trickett says the ungrazed area did not receive a plant growth regulator, but the growth regulator (aka sheep) has been effective. It resulted in the grazed area being 30cm shorter and it flowered later than the untouched section beside it. 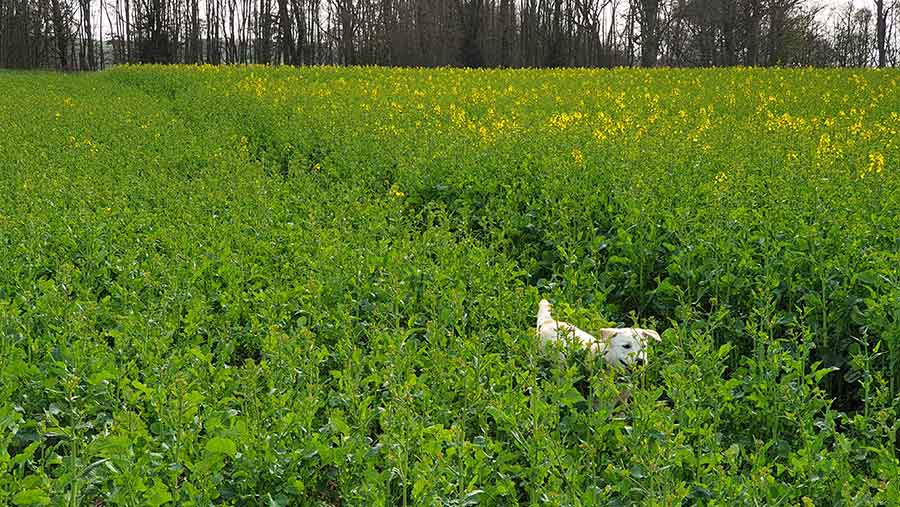 In early April the height and development difference was clear

However, it yielded a very respectable 4.64t/ha compared with 4.34t/ha for the un-grazed area. Cabbage stem flea beetle wasn’t a huge problem either, he says.

He says the sheep do more damage with their feet by trampling the crops and it actually took them a few days to get an appetite for the OSR.

Some of the plants had their main stems chewed off, but formed several new stems from the base of the plant, whereas others retained a main stem and continued growing.

Ripening of both OSR crops was broadly similar and they were combined at the same time. 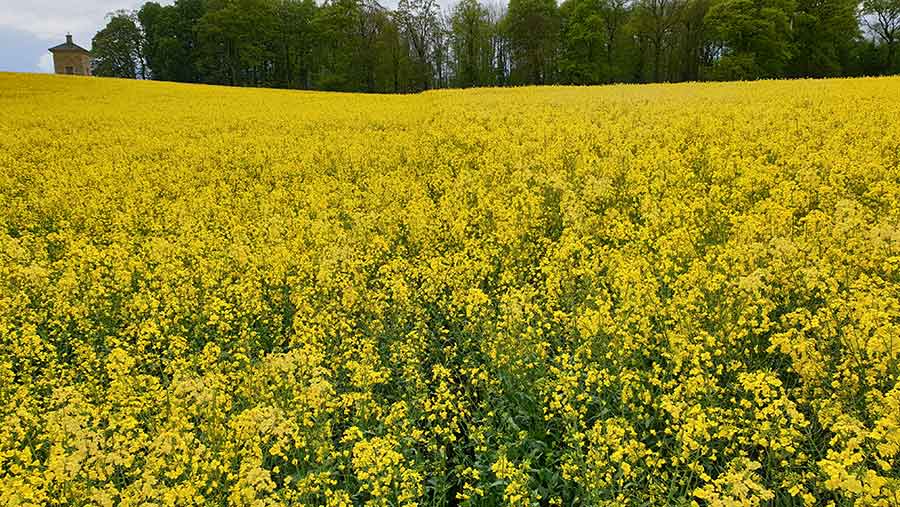 By 6 May the difference was much reduced

Mr Trickett says the trial had desired effect on his ewes, so more OSR grazing is planned for later this year, although the time spent on each patch may be reduced.