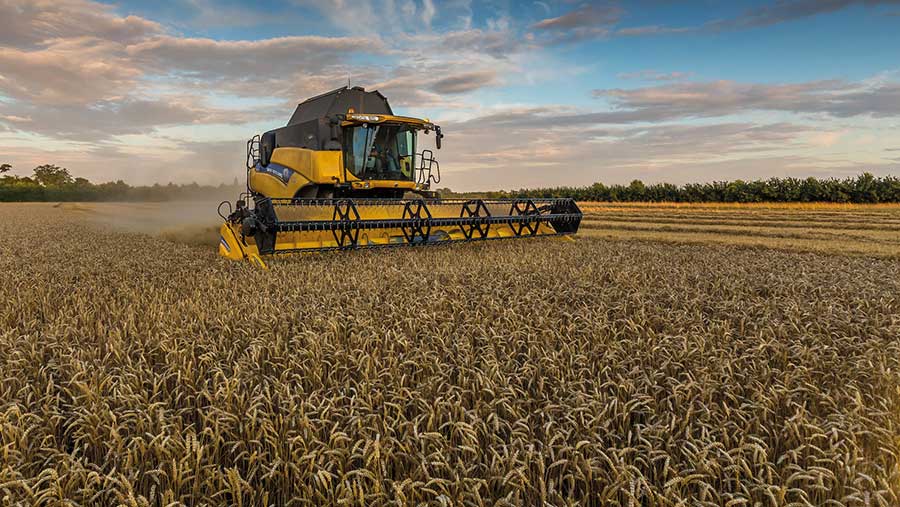 Farmers will soon be able to share the production risk of their arable crops with their agronomist using the country’s first payment-by-results agronomy service.

Up to now, agronomic advice in the UK has been paid-for on an area basis, bundled-up with the price of inputs, or a combination of both.

However, Agrii agronomist Mark Dewes believes the relationship he and his colleagues have with farmers needs to evolve in the coming years.

“Especially as we face a post-Brexit world, in which direct support payments will decline and arable margins are likely to come under increasing pressure.”

In particular, he sees it as vital agronomists become more financially accountable for their decisions.

Over the past three years, Mr Dewes has been working with a team of Agrii specialists to develop a way of achieving this using experience gained working in both the independent and the service parts of the industry as well as during his recent Nuffield scholarship.

The 2018-19 scholarship took him to Europe, South America and Canada, where he looked at different approaches to agronomy provision and input use.

“In Brazil, there seems to be a widespread use of payment-by-results in other sectors as well as farming,” he recalls.

A simple example is a yield-based system where the agronomist receives a bonus for exceeding a target yield. However, this profits from the greater access they have to tools such as GM crops and a bigger range of pesticides.

At the more complex end is the approach taken with Denillo, who is the in-house agronomist at Sape Agro – a 7,000ha operation in western Brazil.

He operates under a sophisticated system of appraisal. Not only is he paid on the basis of how profitable the crops prove to be, but also on other key aspects of crop management, such as the evenness of soya bean establishment.

“This makes him especially keen to ensure the correct seed spacing before he considers what inputs to use,” says Mr Dewes.

So, how could UK farmers benefit from a similar results-based approach?

“The first thing is to make agronomists more accountable for the decisions they make daily. This puts more focus on ensuring the best return from the inputs they specify.”

Mr Dewes stresses that such an approach also helps farmers manage some of their growing risk by sharing it with the agronomy company.

If set targets are exceeded, the agronomy provider is rewarded. And if performance falls short, there’s a repayment to the farmer.

“In effect, it’s a formal mechanism for recognising the value the agronomist adds to the arable business.”

For the past two seasons, Agrii has been running a pilot scheme with several forward-looking growers, taking a holistic approach focused on gross margins tracked transparently with a special risk-share model.

“Through the Agrii Farm Partnership service, we share the risk on the basis of target gross margins agreed with our growers at the start of each season, using the farm’s historic performance and trends.”

The biggest factors determining gross margins are yield and price. However, for the model the price is fixed, so the onus is firmly on what the agronomist can actually influence.

“Fixing the price removes market volatilities and means selling the crop is not tied into the agreement,” he says.

This leaves variations in yield due to the season rather than the agronomy to be accounted for. To do this, the target margins are adjusted retrospectively according to national yields published by Defra.

However, the favourable 2019 growing season meant a national wheat yield 8% higher than Defra’s UK five-year rolling mean. This meant the farm target was adjusted upwards by 8% to 10t/ha.

The actual farm yield was 10.5t/ha, exceeding the adjusted target and delivering a valuable extra margin, which was shared between the grower and Agrii on the formally agreed basis.

For simplicity, this example covers a single crop. But in reality, most partnership agreements involve the overall farm gross margin. This accounts for the fact that some crops may overperform while others underperform.

Under the arrangement, which mirrors what is often seen in contract farming agreements, any performance above or below the target is shared on the basis agreed at the start of the season.

This sharing split can be varied according to the level of risk the farmer and Agrii wish to take. “Some farmers may want to be more risk averse, other less so. The only rule we have is that every pound above the line of expectation is matched by a pound below it.”

Mr Dewes highlights that this new way of doing business requires trust on both sides. But the key to success is defining and agreeing the right targets at the outset.

He adds that it’s not something for everyone and there will be situations where one of the established business approaches is preferable.

Payment-by-results hasn’t changed his approach with input use, he insists, since his objective with clients has always been to “beat the season”.

However, he has found it has been valuable in focusing and fine-tuning his agronomy planning in a number of ways.

“Buying fertiliser is one area you need to get right to deliver the best margins and there’s a bigger incentive to get the timing right to get the best deals. So, you become more in touch with the buying cycle,” he says.

Mr Dewes believes there are wider benefits to the arable sector too, as a results-based approach makes input choice and use far more transparent.

“It’s easy for agronomists to apply everything for all eventualities if there’s no direct link to outcomes. That way, they cover themselves against anything going wrong. But the new approach penalises any input use that doesn’t feed through to the bottom line.”

Extending its pilot programme in the coming season, Agrii is keen to find more growers interested in exploring payment-by-results for 2020-21.