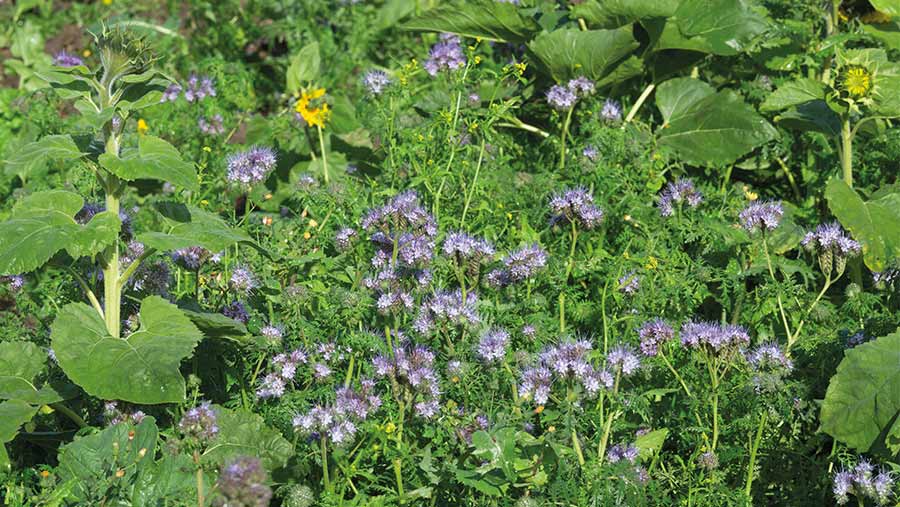 Cover crops are firmly entrenched as a core component of regenerative agriculture, but many growers are finding it difficult to know how to fit them into their rotation or, even more importantly, what benefits they bring.

See also: How to use active fallows to repair soils on undrilled land

The project came up with six main learnings.

1. Decide what you want your cover crop to do

Cover crops can have multiple benefits (see “Explainer: What are cover crops?”), but it is crucial to have a clear objective about what you are trying to achieve, as it is virtually impossible to obtain all those benefits from a single cover crop.

Deciding before you plant what your main objective is will help point you towards the correct species, drilling date, duration and establishment method.

For example, the project’s literature study highlighted brassica-based cover crops were best to reduce nitrogen leaching, with legumes the poorest. Yet legumes were most likely to increase yields in the following cash crop.

Perhaps controversially, the project didn’t find any performance advantage of using a mix compared with individual species. That jars with what many successful cover crop growers have found, both in the US and other countries, where a mix of different species is better.

The project’s large plot trials looked at establishing cover crops between winter cereals and a following spring barley crop, with the effect on the subsequent winter cash crop also assessed.

Ten different cover crops – seven individual species and three mixes – plus a control with no cover crop were trialled at three sites. Two were drilled in mid-August and one in late September.

Radish and buckwheat were the quickest to establish, but the rye had overtaken both by the time of destruction to produce the greatest above-ground biomass and greatest root length and diameter.

Phacelia roots were slower to develop, but by destruction had root characteristics that suggested they explored more soil for a given root biomass than other cover crops.

Explainer: What are cover crops?

Cover crops are typically grown in between cash crops, primarily to protect or enhance the life and function of soil.

There are several different types of cover crops, including catch crops to recover nitrogen, green manures for improving nutrition and fertility, companion crops grown alongside cash crops, living mulches which are undersown with the cash crop typically for weed suppression, and trap or biofumigant crops for pest or disease suppression. 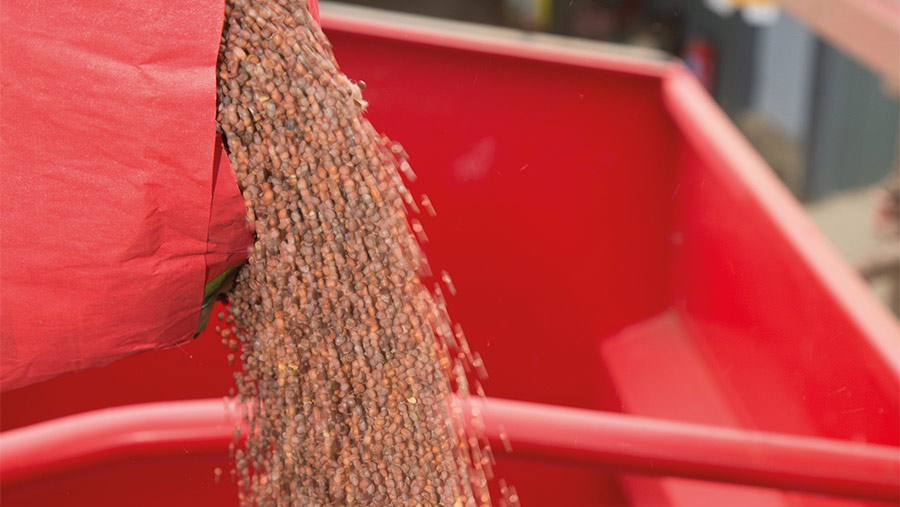 Similarly, how long cover crops are in the ground can vary from a couple of months – for example, catch crops after harvest to capture nitrogen – to season-long or even multi-year covers.

Most common in conventional arable rotations are short-season covers lasting three to seven months grown overwinter. The AHDB project concentrated primarily on these.

Typical species for covers includes legumes, such as vetches and clovers, and non-legumes, which are broken down into three categories – brassicas (mustard and radishes), grasses (rye and oats), and others (phacelia, buckwheat, chicory).

3. Cover crops reduce nitrogen leaching, but it’s not clear when that N is released

About 30-50kg/ha of nitrogen was typically recovered over the winter by cover crops, with up to 90kg N/ha possible. Legumes or covers that established quickly above and below ground such as radish or rye were best, with more recovered on heavier soil types.

In the trials no adjustment was made to the N applied to either of the subsequent cash crops, and didn’t appear to make any difference to the N recovered by those crops.

So an important unanswered research question is when that N is released. Potentially reduced rates of inorganic N could offset some of the costs of cover crops.

US experience suggests the carbon-to-nitrogen ratio within the preceding crops and the cover crop mix is an important factor. Too much carbon and decomposition will be slower and nitrogen will be less available to the following crop.

Following a high C:N cash crop, such as wheat, regenerative agriculture pioneer and US cover crop expert Gabe Brown suggests planting a low-C:N cover such as a legume or brassica-heavy mix to help plant residues decompose and make nutrients available to the next crop.

This is a key consideration, but no hard-and-fast rules apply. The project found cover cropping draws moisture up to the top soil, particularly on heavier soils, probably by preventing surface evaporation.

Late destruction – less than one week before drilling of the cash crop – in those situations, particularly where there was a high biomass, can result in a poor seed-bed and leave soils more likely to compact.

Others have experimented with drilling directly into cover crops “on the green” before terminating the cover with glyphosate, although this is mostly for autumn-drilled cash crops.

Growing cereal-only cover crops, especially rye, caused both establishment problems and lower yields in the following spring barley. The reason was unclear to the researchers, although N immobilisation, green bridge carryover and allelopathy are all suggested as possible causes.

Current CAP ecological focus area (EFA) greening rules require cover crop mixes to include both cereals and non-cereals. The project suggested that mixes might negate this finding, at least with oats, although more research is needed.

Across the 20 comparisons at seven locations of two-year cash crop margins with and without cover crops, 95% showed a margin reduction with cover crops, resulting from either lower cash crop yields or absence of sufficient yield increases to pay for the additional seed and establishment costs.

But the report authors recognise that benefits from cover crops can take time to develop and point towards Niab’s New Farming Systems project, which showed little effect on margins over an eight-year period, including three cover crops.

There could be other ways cover crops will pay. As well as EFA payments and future Environmental Land Management scheme payments for cover crops, several water companies are running schemes to help finance the costs of cover crops to reduce nitrate leaching.

Livestock grazing is another way of generating income from a cover crop directly, while reduction of inputs, such as N fertiliser, could be another way of offsetting any costs.