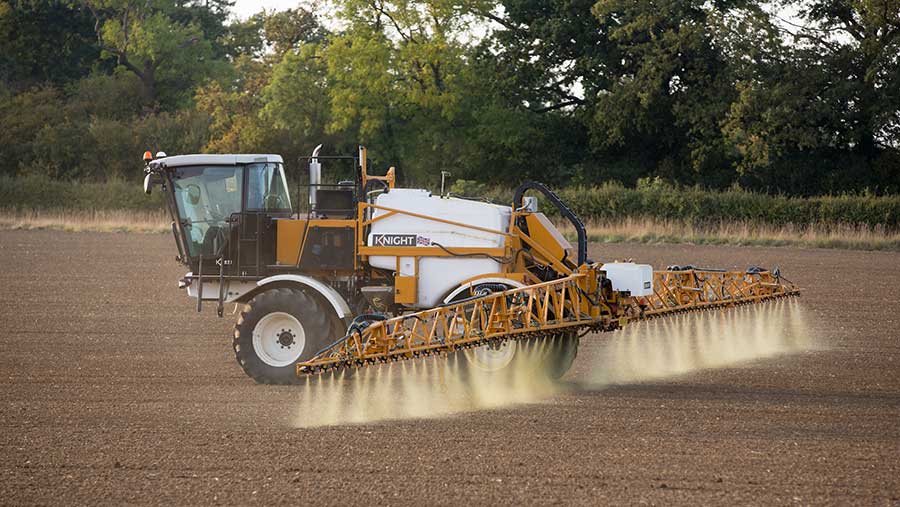 Sprayer operators may need to review application methods to make sure they achieve maximum effectiveness of pre-emergence herbicide applications and reduce spray drift.

Blackgrass is a headache for many growers and with a decline in the effectiveness of post-emergence products, growers are more reliant on pre-emergence sprays.

No active provides adequate kill alone, so “stacks” of products are required for good performance, sometimes costing in the region of £100/ha.

With such a high reliance and cost placed on pre-emergence stacks, it is crucial to ensure sprays hit the target, both economically and environmentally.

See also: Precision spraying could reduce herbicide use by 95%

James Thomas, application expert at agrochemicals group Syngenta, says regulatory pressure is another big driver for reducing drift, with many high-profile actives at risk of withdrawal or tighter restrictions.

He adds that although spray drift only accounts for about 5% of pesticide pollution, it is the most visible to the public.

“We need to improve public perception [of agrochemical use] and if people see a sprayer driving along with a cloud of drift behind it, it gives the impression that farmers are polluting the environment,” says Mr Thomas. 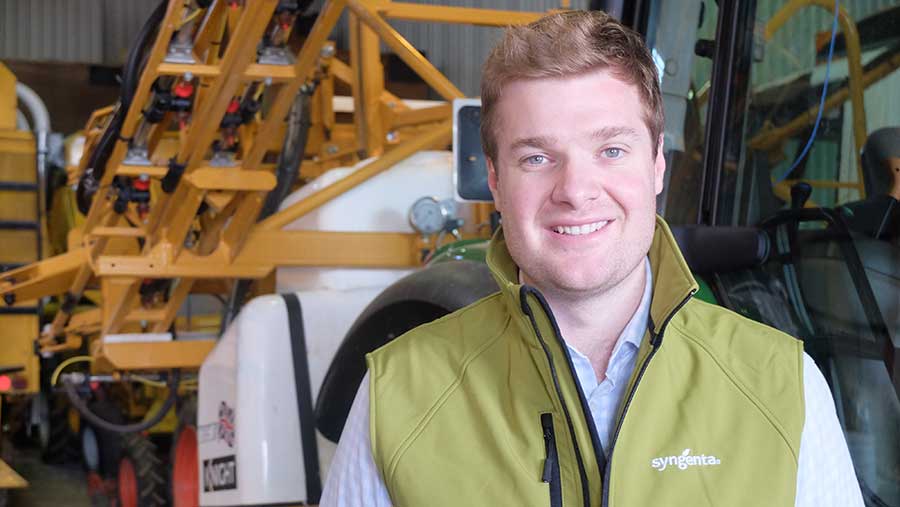 Pre-emergence sprays are more prone to drift as they are aimed at bare ground with no crop canopy to catch droplets. The ground also tends to be warm and the air cool, which can create convection currents that picks up finer droplets and carry them long distances.

To counter this, Mr Thomas says operators should focus on several areas, which will not only minimise drift, but also get optimum performance out of sprays.

The first and most obvious is weather. Mr Thomas says spraying in windy conditions causes drift and compromises soil surface coverage, which is critical to good pre-emergence grassweed control.

“It has a huge impact on how products work and you should be aiming for a wind speed no more than 1-2m/second, which is about 3-6kph or force 2 on the Beaufort Scale,” he adds.

At the Barton site, just 40% blackgrass control was achieved using a flat fan nozzle at a forward speed of 16kph, while slowing down to just 6kph improved control by 20%.

“We know the flat fan nozzle is drifty, but slowing down can reduce drift and improve efficacy. We would recommend travelling at 12kph or less for pre-emergence applications,” says Mr Thomas.

Slower forward speeds will also help operators to run at a lower boom height, which is the next critical factor in getting the most out of pre-emergence sprays.

The Barton work has shown a boom height of 100cm gave just 70% control at 12kph, but this was boosted to 87% when dropped to the recommended 50cm.

Nozzle choice can have an enormous influence on efficacy and the amount of spray drift created.

The UK has been slow to adopt such nozzles compared with Europe due to the assumption that larger droplets means poorer coverage, but Mr Thomas says this has been disproved in the trials.

With perfect spraying conditions, he says a flat fan such as the larger orifice 3D can still be used, but such conditions are rare and a 90% nozzle will allow spraying in more marginal conditions with less drift.

“The technology has moved on in the last couple of years and the best drift reduction nozzles offer comparable performance to the 3D,” he says.

Either nozzle should be used with the optimum water rate of 200litres/ha, which helps spread and activate the residual herbicides, particularly in dry conditions.

Many would argue that all these drift-reducing measures will slow the spraying operation down and increase the likelihood of missing rare spray windows.

However, Mr Thomas says a 50-60% reduction in efficacy when applying a £100/ha stack can cost an eye-watering £50-60/ha and highlights the economic argument for a “go slow, go low” policy.

“If you are concerned about sprayer capacity, it costs about £15/ha to call in a contractor – so less than you are losing.

“You can also look for efficiency gains in filling areas by ensuring water is readily available, chemicals are stored neatly and spray recommendations are to hand.”

He adds that any cost from loss in efficacy far outweighs the loss in efficiency and money saved can be re-invested in an extra sprayer or wider booms to boost productivity.

Tim Scott manages the 324ha farm at Barton which hosts Syngenta’s blackgrass innovation centre and has decided to switch to 90% drift reduction nozzles this autumn.

Owned by the Countryside Restoration Trust, the farm’s aim is to be sympathetic to the environment while looking for the highest yields and Mr Scott says ensuring sprays are hitting the target is a key part of its policy. 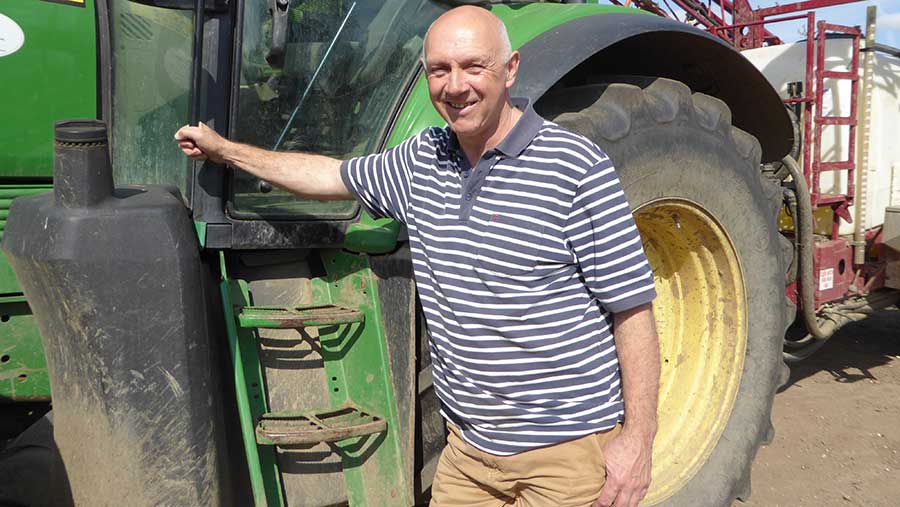 His nozzle of choice for pre-emergence applications was the air induction Amistar nozzle at a water rate of 100litres/ha, until an autumn of poor blackgrass control convinced him to try the 3D, which improved performance.

However, being flat fan type nozzles they produce more drift and he has since acquired a set of 90% drift reduction nozzles, which he has so far used for T2 and T3 fungicide spray.

“The difference [for drift reduction] has been remarkable and I’m are going to give them a try for the pre-ems this autumn.

“I’ll will flick the nozzle bodies around and do some with the 3D for a comparison, but from what we’ve seen in the trial field, most will be done with the 90% nozzles.”

“The environmental case for using them is strong and most of the farm is next roads, footpaths and houses and that makes it important to me from a public perception perspective. You are using 90% of the product too,” he adds.