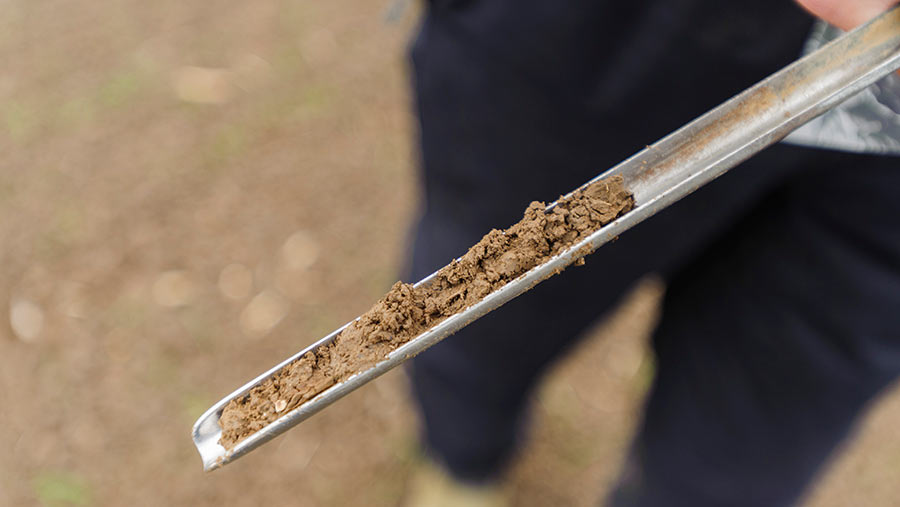 Potato cyst nematode costs the industry more than £25m each year and accurate soil testing is a critical aid in managing the pest to minimise crop losses.

At low levels of infestation, crops show no symptoms and the danger is that populations could thrive, reaching levels that can be difficult to manage.

Therefore, knowing if the pest is present in a field, and at what level, will allow farmers to take action to manage it.

This could be through the use of rotation, biofumigant crops or variety selection, as they react differently to infestations. While some varieties can tolerate the pest, they don’t reduce numbers.

Here are the key steps from the AHDB’s new PCN: sampling and laboratory guide, which aims to standardise sampling and analysis of soil for the pest.

Why and when to sample fields

Robust field sampling is necessary as potato cyst nematodes tend to be found in patches within fields, rather than uniformly across a field.

Sampling will help identify hotspot areas of a field, which can change over the years, spreading in the direction of cultivations.

For timing, sampling is best done prior to planting. Historically, this is in the autumn/winter before potato cropping.

Counts are more reliable if samples are taken once several cultivation operations have been completed after harvest. This ensures mixing of the cysts within the soil profile.

Sampling can also be done at other times in the rotation to enable rotations to be planned well in advance.

How to sample fields

The sampling protocol is the same for fields that have been sampled before and no cysts found or for land taken on with unknown history.

First, divide the field into blocks of 1ha or less for sampling. Then using a corer of 10-15mm diameter, take at least 49 cores within each of the hectare blocks in the grid. The corer should be inserted up to a depth of up to 25cm.

For a 13mm diameter corer inserted to 20cm, 49 cores will generate about 2.2kg with a mineral soil.

Sampling in a W-pattern will give farmer the best chance of finding an infestation as they tend to have an irregular distribution. However, if using this technique, ensure the W travels across the direction of cultivations rather than with it.

The approach depends on whether farmers are testing fields where the pest is already known to be present.

For fields that previously tested positive, the entire sample must be processed. This is because subsampling reduced the chances of detecting cysts.

For example, when processing 1,500ml of soil containing 5m cysts, there is is a 72% chance of detecting cysts with the whole sample, while if a 400ml subsample is processed, this falls to just 32%. 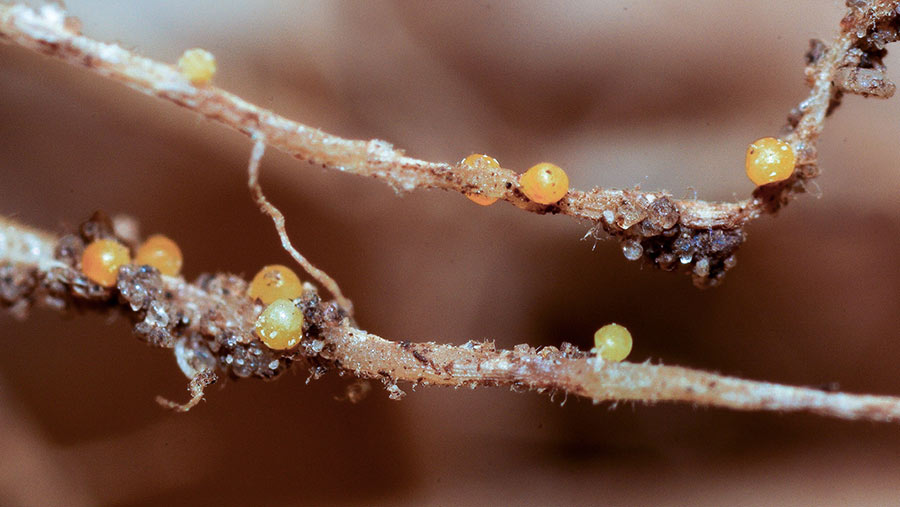 Where PCN is known to be present and the requirement is to estimate egg numbers, the sample size can be reduced:

Count the number of eggs, rather than simply the number of cysts and identify the species present, ie globodera pallida or globodera rostochiensis. This is because varieties differ in their resistance and tolerance to the two species.

These are different and are not linked. For example, you can have highly tolerant varieties that yield well but more importantly, still allow multiplication of the pest.

Tolerance: The ability of the plant (host) to withstand or recover from damage and produce a yield ie ability to produce tubers while attacked by the pest.

Resistance: The ability of the plant (host) to prevent or restrict nematode multiplication ie the ability to restrict reproduction of the pest.

The full guide can be downloaded at the AHDB website