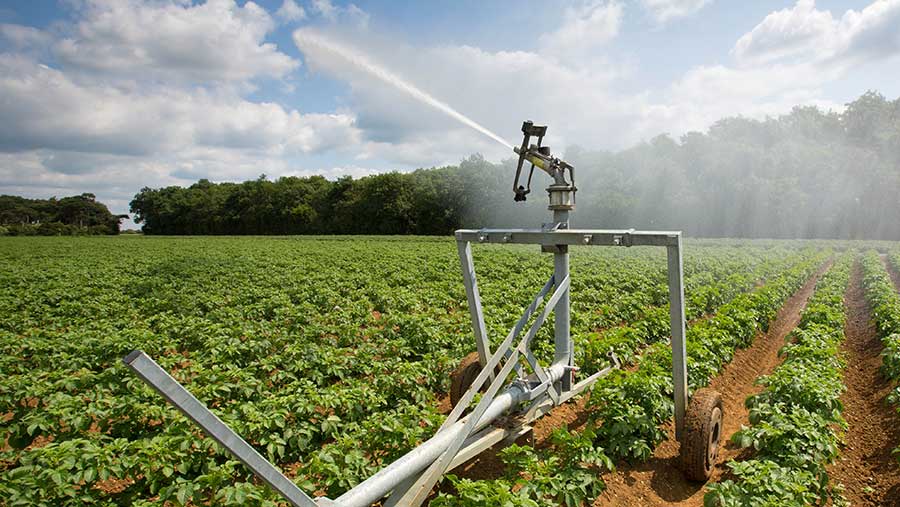 Farmers and growers are being urged to plan and manage their use of irrigation this year, as concerns about the effect of continued dry conditions on water supplies mount.

The latest information from the Environment Agency shows that river flows are below normal for this time of year, with irrigation prospects declared “moderate to poor” for areas that are reliant on chalk aquifers for supply.

Prospects for East Anglia, Lincolnshire and Northamptonshire are now described as “poor”, while the situation in Yorkshire and the East Midlands is “moderate” in most catchments.

A “poor” rating is given where water levels are well below average, soil moisture deficit is developing early and significant restrictions on abstraction are probable.

The current situation comes on the back of a dry winter and a summer drought in 2018, which saw many farm businesses exposed to changes in the pattern and timing of rainfall, putting increased pressure on water supplies.

As a result, many of those who rely on irrigation have already made changes to their business, in efforts to manage future drought risks and increase resilience, says Jerry Knox of the Cranfield Water Science Institute.

“One of the lessons to come from 2018 is to be better prepared,” he reveals.

“Drought is intrinsically difficult to manage because it’s a creeping phenomenon with a slow onset, so forward planning is always helpful.”

He warns that any water restrictions could be imposed sooner this year than they were in 2018.

“The difference is that in some regions, we have started 2019 in overdraft. The position has changed since the first irrigation prospects were issued in March, as there has been very little rain for the past six weeks or so.”

There is also a history of drought events occurring in pairs, he reveals.

“What took place in 2018 was a wake-up call for farmers and the supply chain. There are challenges from changes in rainfall patterns and from abstraction reform, which has removed some of the previous leeway that existed.”

One difficulty is that cropping programmes are usually set well before growers know what effect the weather is going to have.

“For some businesses, there is an urgent need to critically reappraise what they can feasibly grow against what area they can reliably irrigate from their existing licenced resources,” says Prof Knox.

A report prepared by Cranfield University for the Environment Agency following the 2018 season highlighted the following points: 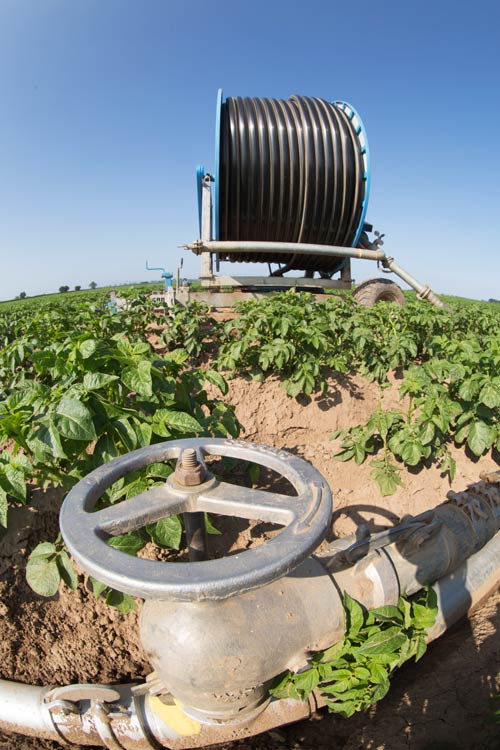 In addition, consider your licensed allocation of water and recalculate what can be reasonably irrigated in a very dry year.

Investing in additional equipment to increase the peak capacity of the system in order to allow simultaneous irrigation is another factor.

But, he says it doesn’t pay to design an irrigation system for the most extreme conditions, as these are too infrequent.

Simultaneous irrigation proved to be an issue for some growers in 2018, particularly those trying to balance potato and field vegetable irrigation needs.

“Better vertical integration throughout the supply chain is also going to be important if water shortages become more frequent.

“There was recognition that farmers were doing all that they could last year, but consumers and the retail sector need to be more aware of drought risk and environmental constraints.

“The burden of risk can’t all be on the grower.”

Nicola Dunn, AHDB’s resource management scientist, points out that water-savvy farming is likely to be required this year, so growers can make the best use of the water they have.

“A difficult decision is whether to reduce the amount of water you apply across all crops or just focus on one crop. That will be very specific to individual farms and the contracts they have in place.”

Knowing what the regulations allow, how much water is available and what irrigation equipment is capable of are all important, as once you’re in a drought situation, it is difficult to find any extra water.

Irrigation techniques are under review. “It may be relevant to invest in scheduling systems or some new precision equipment – if not, it’s very important to look at the soil when you’re irrigating so no water is wasted,” says Ms Dunn. 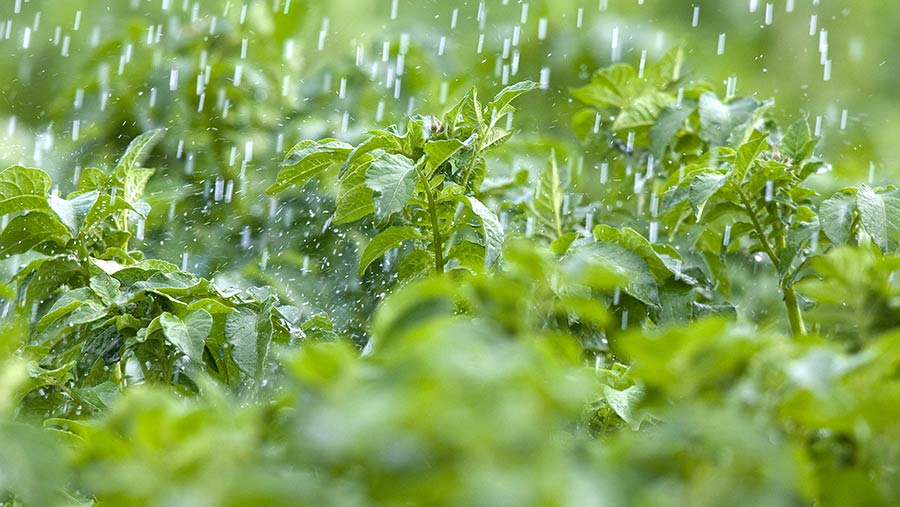 Trading water with a neighbour is a possibility with the Environment Agency’s approval, while building storage for winter rainfall to manage challenging years is on the increase, she adds.

“Some farms have also been able to diversify their water supply, giving them more flexibility.”

Given the possibility of restrictions later in the season, Ms Dunn says it will be important for growers to stay in close contact with the Environment Agency.

“The agency has said it will be flexible, if possible, and there have already been meetings and discussions. If you need to flex your abstraction conditions, contact your local area office.”

Velcourt farm manager Ben Martin took the decision to irrigate both winter and spring barley in April, because of the very dry start to the year.

On the farm’s light, sandy soils, an early pass with the irrigator can be very valuable and ensures that crops meet the malting specification, he explains.

“Irrigating cereals is never a straightforward decision, but we always get a yield response, as well as guaranteeing the malting premium,” he says.

“So far we’ve put 25mm on, as the crops came out of the winter with a lot of potential.”

He adds that with high-value potatoes, onions and carrots to irrigate, there’s little opportunity to put water on cereal crops once the season is in full swing.

“From previous experience, we know we have just enough water to apply a bit to the barley, if we feel it’s required. Like most places, it’s been very dry here and the crops were in need of a drink.”

Three full reservoirs and borehole licences mean he is in a good position when it comes to water availability for this season.

“We managed to get round everything last year without running out. There is a fourth reservoir being built, to help future-proof the business.”

Despite having the ability to irrigate every field on the farm, Mr Martin has a whole-farm policy of improving soils to help with water retention.

“We’re using cover crops and incorporating organic matter wherever possible, so that soils can benefit and will hold water. Another relevant factor this year is that we drilled the spring barley very early, so it has rooted well.”

The Environment Agency has indicated that it is ready to respond and provide some flexibility with irrigation if dry spring and summer conditions persist into 2019.

Providing environmental standards or the rights of existing users aren’t compromised, the agency will allow abstraction outside licence conditions in certain circumstances.

As a first step, the winter abstraction period for refilling reservoirs was extended into April and beyond – a move welcomed by the NFU and abstractor groups, which point out that river flows must recover and be above any required hands-off flows for this to occur.

Other possible actions include fast-tracking water rights trades and granting access to additional water, as well as the consideration of proposals to “borrow” groundwater from future allocations.

In all cases, abstractors will have to justify why they need flexibility when they contact the Environment Agency.