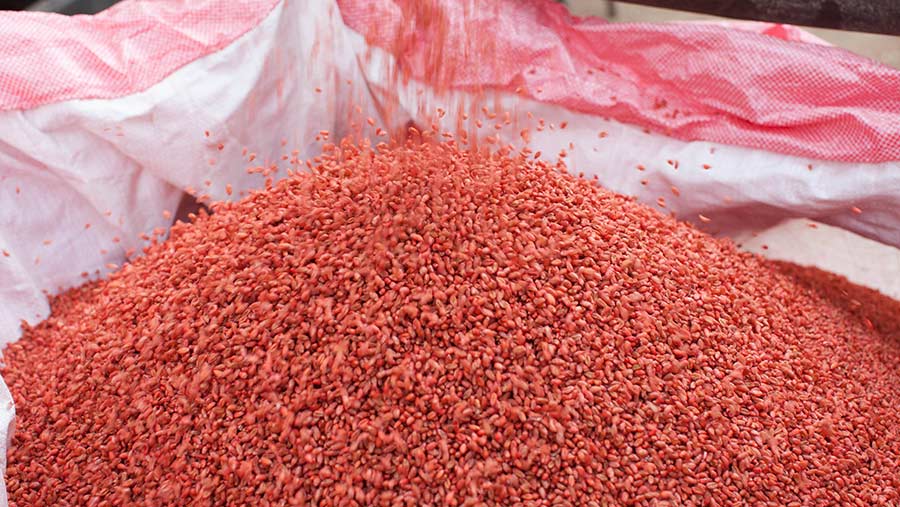 Neonicotinoid seed treatments will be banned if Labour forms the next government, according to a leaked draft of the party’s manifesto.

The seed treatments have been blamed for declining bee populations – although crop protection companies and farm leaders dispute the assertion.

Details of Labour’s leaked draft manifesto were published by the media on Thursday (11 May). An official version of the document is expected later.

Neonicotinoid seed treatments on flowering crops such as oilseed rape are already subject to an EU moratorium, which is currently being reviewed by Brussels.

A decision on whether to extend the moratorium is expected later this year.

In the meantime, EU member states are able to grant farmers temporary permission to use neonicotinoid-treated seed, subject to strict conditions.

Defra granted oilseed rape growers permission to use a limited amount of treated seed in areas of England under threat from cabbage stem flea beetle in 2015.

The EU is considering proposals to extend the neonicotinoid ban to cover non-flowering crops such as wheat, barley and sugar beet.

The NFU says a complete ban on neonicotinoid seed treatments would put up to 1m hectares of UK crops at risk.

The leaked version of Labour’s manifesto also includes a pledge to end badger culling as a means of controlling bovine tuberculosis in cattle.

Badger culling has been a key part of Defra’s fight against bovine TB since two pilot culls were introduced by the Conservative Liberal Democrat coalition government in 2013.

The policy has since been rolled out more widely – but it has been opposed by Labour, including when the party was in government from 1997 to 2010.

Other policies affecting wildlife and rural communities include the promise that a Labour government will retain the ban on hunting with hounds.