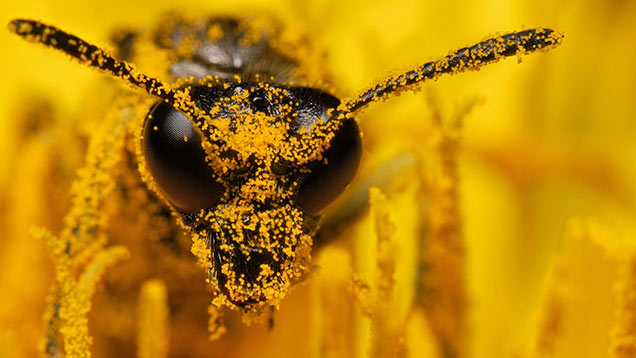 MPs are seeking assurances that commercially-funded field trials into the effects of neonicotinoid pesticides on bees will be monitored independently.

In September, Farmers Weekly exclusively revealed that researchers would carry out large-scale field trials to investigate the effects of neonicotinoids on honeybee health.

The trials – to be held in the UK, Germany and Hungary during the 2014-15 growing season, will test clothanidin from Bayer CropScience and Syngenta’s thiamethoxam.

Both products are currently subject to a two-year EU-ban for use on flowering crops such as oilseed rape and sunflowers, after they were linked to a decline in bees.

If the ban is extended beyond 2015, both agrochemical companies will lose billions in crop protection seed sales and farmers will continue to suffer significant yield losses and crop failures.

Bayer and Syngenta have questioned the validity of experiments linking neonicotinoids to poor bee health, as many were carried out in the laboratory when bees were exposed to artificially high doses of chemicals.

The UK did not support a ban on neonicotinoid pesticides. Former Defra secretary Owen Paterson said evidence that these chemicals harmed bees was “inconclusive” and he called for more research at field level before any ban could be justified.

To analyse the effects of neonicotinoids on bees in a field-realistic situation, Bayer and Syngenta have co-funded the £1.8m field trials, which will be led by the Centre for Ecology and Hydrology (CEH).

Both agrochemical companies insist the experimental design and reporting of the research – whatever the outcome – will be independent.

They said all aspects of the trials, including design, monitoring, analysis and data collection, would be scrutinised by an independent scientific advisory committee chaired by Prof Charles Godfray of Oxford University.

However, MPs from the Environmental Audit Committee (EAC) have written to the CEH to seek assurances that independent controls will remain in place throughout the research.

The move comes after MPs received copies of emails between Bayer and Syngenta, which appeared to show “a detailed discussion and close co-operation between them concerning the way the research would be undertaken”.

In the letter sent to the CEH on 13 November, Labour MP Joan Walley, chair of the EAC, writes: “Our committee would be grateful for your assessment of the role played by Bayer and Syngenta in setting the structure and design of the research; of what, if any, aspects of the trials were sought by CEH but were not included or were changed at the request of the neonicotinoid companies.”

The letter continues: “… and how the results of the research will be collected, presented and published.”

Ms Walley ends the letter by requesting details from the CEH of the measures and structures it has put in place to ensure the trials will be “independent of the interests of the neonicotinoid companies”.

A spokesman for CEH told the Daily Telegraph: “Delivering independent, impartial and rigorous scientific research does not preclude discussions with funders, irrespective of the income source.”

The trials will be evaluated by an external scientific advisory committee and then published in a peer-reviewed scientific journal, the spokesman added.

A Syngenta spokesman said: “We have been transparent about our funding. The study will be carried out independently by CEH and the decision on the methodology to be used is theirs alone.”

A Bayer spokesman said: “In no case have changes been suggested to minimise the possibility of results that could offer scientific justification of the restriction.”