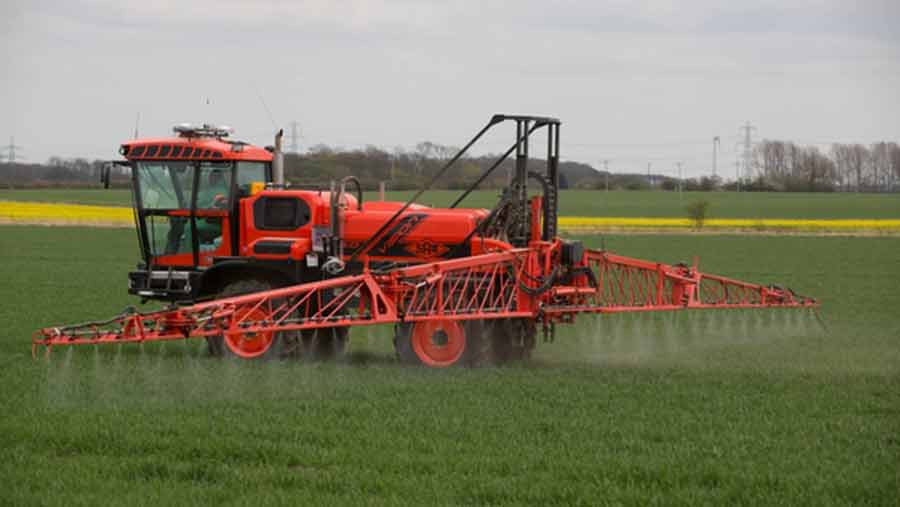 A clampdown on chemicals which disrupt the human hormone system is set to herald further restrictions on plant protection products used by farmers.

A long-awaited document detailing draft scientific criteria for identifying endocrine disruptors was published by the European Commission on Wednesday (15 June).

Brussels said the criteria would allow for more accurate identification in plant protection products of chemical substances which posed a hazard to human health.

See also: EU pesticide crackdown ‘must be based on science

Endocrine disruptors can cause cancerous tumors, birth defects and other disorders.

The potential loss of essential plant protection products could significantly reduce the ability of landowners and farmers to control pests, fungi and diseases without any additional benefits to the environment Ross Murray, CLA president

Commission president Jean-Claude Juncker said the EU was committed to ensuring the highest level of protection for both human health and the environment.

“Endocrine disruptors can have serious health and environmental impacts,” he said.

“Even if many substances containing them are already banned as a result of existing legislation on pesticides and biocides, we have to remain vigilant.”

But farm leaders and agrochemical companies criticised the criteria, saying it failed to take into account the potency of products and any potential risk to farmers.

Country Land and Business Association president Ross Murray said it was vital to understand properly the difference between hazard and risk.

Otherwise, substances which posed little threat to human health or the environment could be deemed to have endocrine disrupting properties and become needlessly banned, he warned.

Mr Murray said: “The potential loss of essential plant protection products could significantly reduce the ability of landowners and farmers to control pests, fungi and diseases without any additional benefits to the environment.”

‘More than 50 agrochemicals under threat’

The NFU estimates that the new criteria could threaten the withdrawal of more than 50 of 87 agrochemical products whose licences are up for forthcoming reapproval.

Pekka Pesonen, secretarial-general of the European farm organisation Copa-Cogeca, said: “We want a risk-based approach and not the hazard-based approach proposed by the commission.”

Farmers and sprayer operators were the first to be concerned about storing, handling and applying plant protection products in a way that was safe for human health and the environment.

It was already mandatory for farmers to hold an official certificate to apply plant protection products – and to safely dispose of any packaging afterwards.

The European Crop Protection Association said it was disappointed with the criteria, saying it failed to distinguish between substances which cause harm and others which pose no threat.

The association said it would be counter-productive to ban substances that provided valuable benefits to farmers if doing so did not contribute to human health or environmental safety.

Endocrine disruptors could and should be treated like most other substances of potential concern and subject to risk assessment which considers both hazard and exposure, it said.

ECPA director general Jean-Charles Bocquet said: “This criteria fail to distinguish between those substances which may cause actual harm and others which pose no threat to safety.

“In our view, this could lead to bans of crop protection products with the same endocrine disrupting properties found in every day products like coffee.”

The proposed criteria will now be put forward for agreement by member states and subject to scrutiny by the European Parliament and the Council of the European Union.