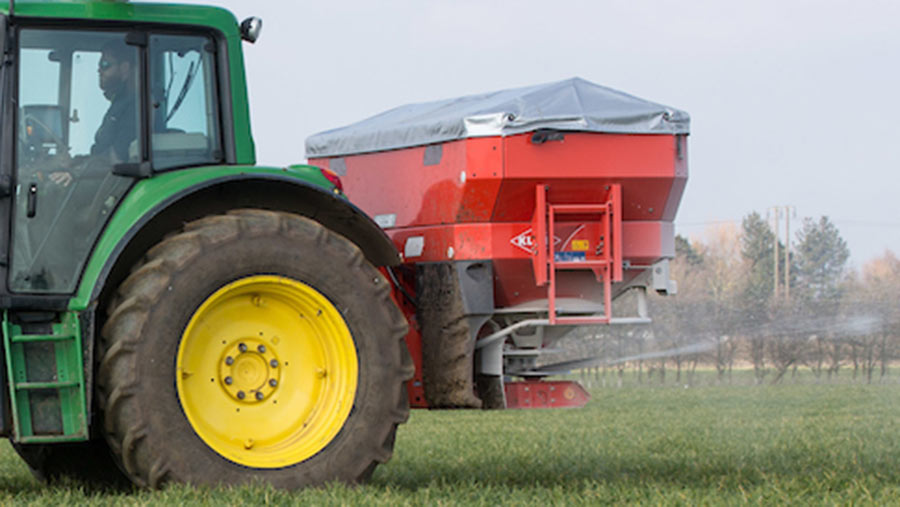 Sulphur is a key nutrient. Having insufficient levels in soils not only means farmers fail to get the most out of their nitrogen fertiliser applications, it can also cost up to 2t/ha in lost yields.

The nutrient has often been overlooked in the past, because crop requirements were largely met by atmospheric deposition.

However, since industry cleaned up and cut its emissions, this is no longer the case, warns Mark Tucker, Yara’s UK head of marketing and agronomy. He offers 10 tips on ensuring crops have an optimum supply of sulphur.

1. Not a secondary nutrient

Sulphur is needed by all crops and it plays a vital role in the formation of plant proteins, amino acids, some vitamins and enzymes.

In fact, with annual sulphur deposition now less than 15kg/ha/year, many leading agronomists feel sulphur should be viewed as a major nutrient – and the second most important one after nitrogen.

2. Sulphur and nitrogen go together

Plants need sulphur in order to use nitrogen efficiently. Together, nitrogen and sulphur are vital building blocks for protein, so N and S should be applied at the same time.

The nutrient uptake per tonne of yield ratio is typically 5:1 for brassicas and 10:1 for cereals.

For many years it has been shown that UK soils are becoming more sulphur deficient.

Analysis by Lancrop Laboratories from August to October 2015 show 89.2% of tested soils growing wheat were sulphur deficient, as were 94.5% of those growing oilseed rape.

While plant leaves can absorb sulphur from the air as sulphur dioxide (now a minor contribution), plant roots can only take up sulphates.

All other forms require mineralisation before becoming available to plants, which is why sulphate reaches the plant roots quickly and is easily absorbed.

Unlike nitrogen, sulphur is immobile in plants and remains in the older leaves. This means a sulphur deficiency will show as a yellowing of new leaves.

In cereals, the number of grain sites and the size of grain is reduced, with lower grain protein also resulting.

While symptoms appear too late for effective treatment, the majority of crops will respond to the timely application of sulphur with both increased yields and improved quality.

Because it is mobile in the soil, but less mobile in plants, sulphur should be applied “little and often”, using multiple, smaller applications through March, April and May to coincide with the splits of nitrogen.

This ensures the sulphur will be available when needed during periods of rapid growth and reduces the risk of leaching.

Recommended application rates are 45-50kg/ha of sulphate in cereal crops and 50-75kg/ha in oilseed.

There is no benefit in applying too much sulphur all at once, as it may not be available when the crop needs it.

Trials have shown the yield increase from the “little-and-often” approach to be about 4% higher than single, large applications early in the season at about 0.38 t/ha in wheat and 0.5 t/ha in oilseed rape.

In fact, single, large applications of sulphur can create their own problems, including the interaction with molybdenum, causing deficiency and a subsequent yield penalty of about 0.4 t/ha.

However attractive the price, before buying, always ask yourself how much straight nitrogen you need.

Take time to assess your requirements. For sulphur, tissue analysis is a more reliable indicator of deficiency than soil analysis, which can change quickly due to plant up take.

Generally sulphur levels should exceed 0.3% of dry matter for most crops and 0.45% for oilseed rape.