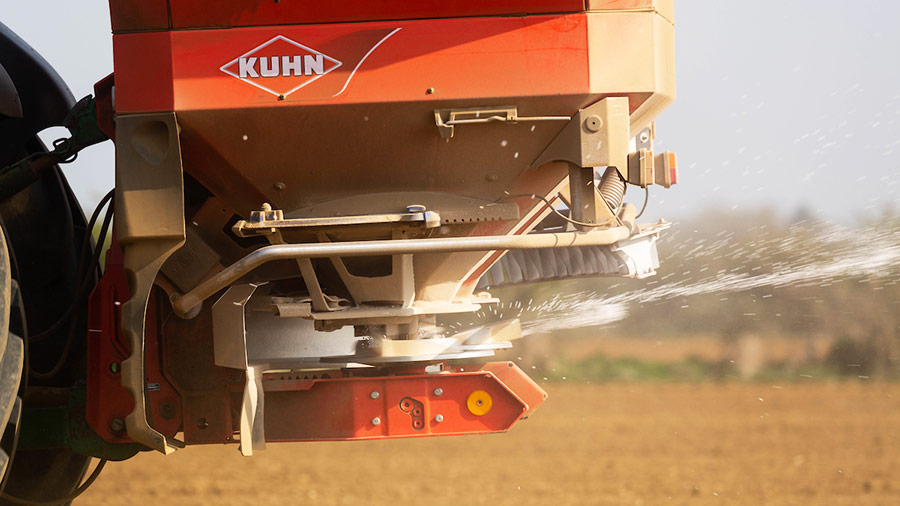 The AHDB has issued new guidance to help growers plan for this season’s nitrogen fertiliser applications, following a sharp increase in fertiliser price.

The current energy crisis has led to unprecedentedly high fertiliser prices well in excess of £600/t, with potential for this to rise further before spring 2022.

The price spike means growers must factor in a new “economic optimum” to their nutrient management plans, as the point at which the value of extra grain produced is not worth the cost of the extra N applied has shifted considerably.

Below, we highlight the latest fertiliser advice for arable crops, according to the current prices and trends for both fertiliser input and cereals and oilseeds output prices.

“Over the past few months, the price rise of fertiliser has outpaced prices for grain and, as such, it is absolutely essential that farmers consider adjusting nitrogen fertiliser applications in the spring to ensure they are still at an economically optimum level.”

Dr Key says the optimum amount of fertiliser a farmer should apply decreases as the price ratio between grain and fertiliser increases.

Current RB209 recommendations were devised for a ratio of 5kg cereal grain to 1kg N and RB209 tables for adjustments extend to an ammonium nitrate price of £483/t.

But with prices of ammonium nitrate reaching £700/t, a two-stage study run by the AHDB and Adas was carried out to identify this new optimum level.

The project aimed to answer the following questions:

Cereal grain and rapeseed prices have also been strong of late, so the tables have been expanded to demonstrate prices of £350/t and £700/t, respectively.

The first stage of the study looked at the three major UK crops: wheat, barley and oilseed rape, which are listed below.

The new data indicates that at a grain price of £200/t, a rise in the ammonium nitrate fertiliser price from £345/t to £690/t would see a reduction in N application of 50kg N/ha.

Similarly, at a rapeseed price of £400/t, the same price rise for N would see a reduction in fertiliser application of 70kg N/ha.

The resulting changes in yield would be -0.36t/ha and – 0.25t/ha, respectively. However, recent increases in oilseed prices to about £500/t have mitigated this oilseed adjustment to -50kg/ha N.

The second part of the study, reporting in January 2022, will consider further arable crops, as well as other aspects of crop nutrition management affected by price increases.