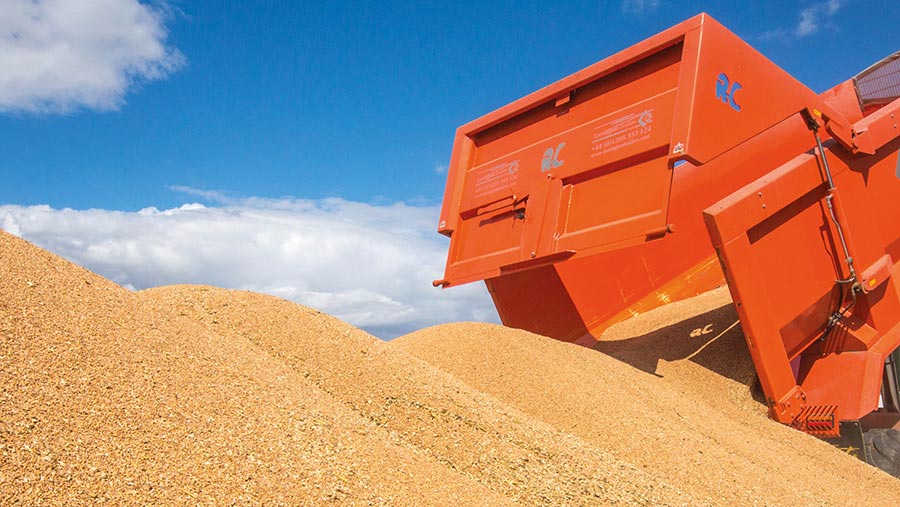 Acting a bit like a post-mortem, grain samples are sent off for laboratory analysis to identify the level of nutrients present, which is an important measure of nutrient capture and offtake throughout the season.

With nitrogen – the most expensive crop input – increasingly under the spotlight, grain analysis could play a huge role in crop production, particularly now that growers are faced with rising production costs and the net-zero ambition by 2040.

Nutrition in a mess

Roger Sylvester-Bradley, principal research scientist at Adas and head of the Yield Enhancement Network (YEN), explains that “quite frankly, crop nutrition is in a mess”.

“Growers are faced with a number of challenges. There are many rules, regulations and inadequate monitoring methods associated with nutrition management. Farmers are unable to see what they are doing as there is not a clear way of monitoring success,” says Prof Sylvester-Bradley.

More recently, tissue testing and leaf analysis have been carried out to determine if the crop is running low on any of the 12 main nutrients throughout the season.

“But it’s only now that we have realised that we can analyse the grain at harvest, acting as a field-by-field post-mortem to try and understand whether the crop nutrition applied was right or not for that season,” she says.

The pair believe grain nutrient analysis holds the key to improved nutrient monitoring, with the potential for routine benchmarking.

“To me, grain analysis is a no-brainer. Very few assess the success of their nutritional programmes, yet nutrition costs growers more than any other input, and has big uncertainties,” reports Prof Sylvester-Bradley.

By taking a couple of grain samples from each field before they enter the store and sending it off for analysis, growers can assess crop capture and diagnose deficiencies on a routine basis.

“A few grain samples do not cost much, compared with the cost of applying too much or too little fertiliser,” he adds.

The YEN nutrition network was launched last year with the ambition of maximising the number of fields where nutritional grain nutrient post-mortems are carried out and sharing this data to improve crop nutrition.

Data from 542 cereal crop samples were analysed last season and showed an enormous variation in grain nutrient contents across UK fields. The biggest factor influencing the level and concentration of nutrients was identified as the farm itself.

“Farms differ – they may well be adjacent farms, but the nutrient management for each individual farm business differs and the way that soil nutrients relate to the amount of dry matter present ranges – just like variation in yield,” says Prof Sylvester-Bradley.

It is this consistent variation in nutrient management that could be contributing to the significant difference in yields between farms.

He admits that there are some geographical patterns and regional difference when it comes to grain nutrient analysis.

When it comes to grain nutrient analysis, last season’s wheat analysis showed some seasonal variation year-on-year and that deficiencies were a relatively common occurrence. Over half of all the samples were deficient in more than one nutrient (see below).

Prof Sylvester-Bradley highlights the importance of measuring crop nutrition via grain nutrient analysis so growers can identify whether they are under- or over-fertilising crops and react accordingly to optimise nutrient strategies.

Nitrogen is an important nutrient used in crop growth, but finding the optimum fertiliser application figure is often challenging.

The critical “norm” for nitrogen (N) in grain dry matter of feed varieties of winter wheat is around 1.9% (or 10.8% protein). Norms are best taken from the AHDB’s Recommended Lists.

Deviation from the norm indicates that nitrogen supply deviated from the optimum, and the extent of the deviation is significant.

One grain protein percentage above or below the “RL norm” is estimated to indicate 50 kg/ha more or less than the optimal N rate was supplied.

For example, a 2% deviation below the optimal level means that the application of nitrogen fertiliser was 100kg/ha below its optimum, and grain yield was less than it could have been.

Across 24% of samples taken, the estimated error from inexact fertiliser applications cost growers over £300/ha.

However, P levels under 0.32% grain dry matter are classified as deficient. This means crops with less than 0.32% P usually have an inadequate  phosphate uptake for their energy and growth.

Looking at yield response curves where grain P levels are below the critical threshold we see at 0.25% grain nutrient dry matter losses become significant. The majority of crops (65%) sampled were deficient in P, and it is estimated that about 10% of fields lost over £300/ha.

Although inefficiencies in P nutrition are less costly than nitrogen, they are less easy to solve.

Unlike N, in the presence of excess P, soil reserves are built up over time and so we assume growers only lose money through sub-optimal P levels.

Potassium (K) has a very uncertain critical threshold level for grain dry matter in winter wheat, but overseas evidence suggests it is about 0.38%.

Even though K was high last year and there were very few deficiencies seen in crops, 90% of cereals were on average 0.8kg/t below the RB209 value.