Developing a sustainable rotation which improves soil health and nitrogen use efficiency while controlling blackgrass burdens is a key focus of the AHDB’s Taunton Monitor Farm. 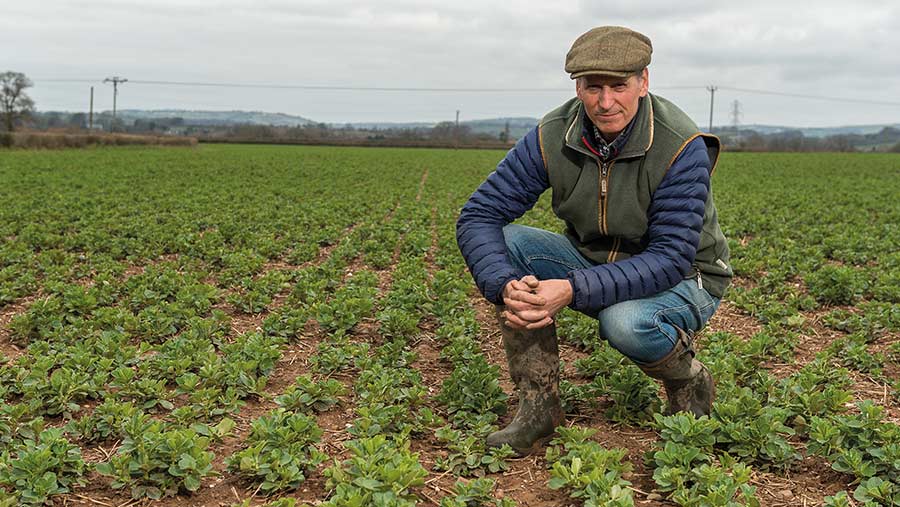 But with subsidy payments on the decline, he is looking for alternative ways to improve crop production and cut input expenditure.

The farm is currently investigating the use of nitrogen inhibitors and biostimulants, while the integration of livestock manure, spring cropping and cover crops is hoped to offer further benefits.

It was the recent extremes of prolonged wet and dry weather which prompted Mr Payne to question the efficiency of the farm’s nitrogen use, where liquid fertiliser applications are used.

A farm trial was set up to investigate the practical use of Liqui-Safe, a urease and nitrification inhibitor, on a crop of Graham winter wheat, to see if it could minimise leaching and volatilisation and in turn increase yield and crop quality. 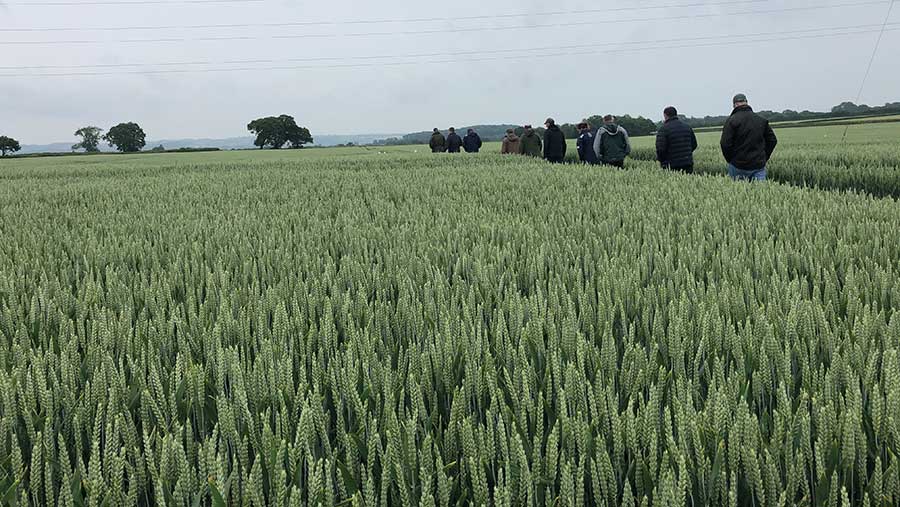 The product, developed by agronomy firm Agrii, claims to improve nitrogen use efficiency from liquid urea-ammonium nitrate by 15%, while benefiting soil biology and increasing mycorrhizal fungi levels by more than 10%.

It was applied at 5 litres/ha across three different trial plots at different liquid fertiliser rates and timings, to identify whether the number of fertiliser passes could be reduced.

The plots were compared against the farm standard of 220kg/ha in three splits.

Mr Payne says: “We’re hoping to save time and passes so we can free up the sprayer during busy periods to help reduce workload during fungicide timings as well as reducing crop damage caused by leaf scorching at the time of application.”

Plots treated with the N-inhibitor were visibly greener and had stronger tiller growth.

The single hit of 220kg N/ha on Plot 2 has so far showed the highest yield potential, followed by Plot 3, which demonstrated greater uniformity than the farm standard.

Although headcounts between the two plots showed little difference, the size of the ears in the plots were significantly different.

Richard Churchill, the farm’s sprayer operator, says: “In the field standard, there is a considerable number of half-formed heads which have developed on weak tillers and other heads showing frost damage.” 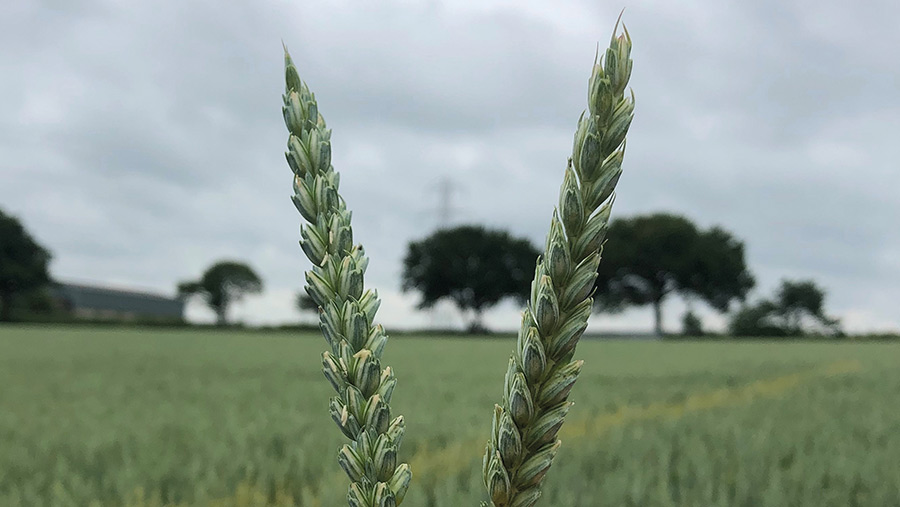 A second trial is under way at Manor Farm assessing the benefits of a range of five crop biostimulants applied to winter wheat.

Unlike the nitrogen trial, there were few visual differences between the plots.

It is suspected this is because many biostimulants perform best when crops are under stress conditions, particularly drought, which has not been experienced this season.

The following biostimulants were applied:

Since the demise of oilseed rape from the rotation at Manor Farm as a result of cabbage stem flea beetle attacks, attention turned to the re-shaping of the farm’s cropping area.

Pulses were mostly grown to make up the shortfall, but the rotation became too bunched, prompting Mr Payne to grow spring linseed for the first time last season.

“Linseed was a relatively straightforward crop to grow. We direct drilled it into winter wheat stubble and it provided a great break crop opportunity, but combining it was somewhat more of a challenge,” he says.

“I would certainly like to try growing it again – I just need some advice when it comes to harvesting.”

Since improving soil structure is high on the farm’s priority list, Mr Payne is also considering dropping potatoes from the rotation, to be replaced by maize grown for a local dairy farmer.

“We can see the impact of where potatoes have been grown on our soils for seven years after harvest,” he says. “With the bed formers and de-stoners passing through the soil, the detrimental impact on soil structure is clear, which is why we’re likely to drop potatoes.”

In return for growing maize for the local dairy farm, Mr Payne will receive nutrient-rich slurry and farmyard manure which will improve soil organic matter and reduce reliance on artificial fertiliser.

As maize is a spring crop it will also help combat the farm’s relatively small, but nontheless significant, blackgrass area, cutting back on large herbicide bills which feature a big autumn spend on Liberator (diflufenican + flufenacet) followed by a full rate of Pacifica Plus (amidosulfuron + iodosulfuron + mesosulfuron) in the spring.

The only pitfall of maize, he states, is it’s late harvest, which brings potential soil compaction risks, but with the use of flotation tyres on tractors, trailers and harvesters alike, it is hoped any risks will be mitigated.

In addition to this, cover crops are set to take a more prominent role to promote soil health.

To further promote organic matter levels and generate extra farm income, over-winter sheep will graze a mix of stubble turnips and rye until the end of January, before peas are direct drilled.

A 35ha area of the hybrid oilseed rape variety Inv 1035 will be planted next season, helping extend the rotation, with a money-back establishment guarantee in place in case establishment fails.

This season’s initial cold and dry start brought an extra headache when an outbreak of yellow rust quickly developed on the flag leaf of Skyfall.

The farm’s Agrii agronomist, Andrew Brown, notes that Skyfall was in fact the cleanest crop at the beginning of the season and early-planted Extase showed signs of disease.

After the weather turned, yellow rust established quickly in Skyfall while the Graham and Extase stood strong.

This led to a total fungicide spend of £109/ha for Graham and Extase, while Skyfall required an additional £20/ha to keep the yellow rust at bay.