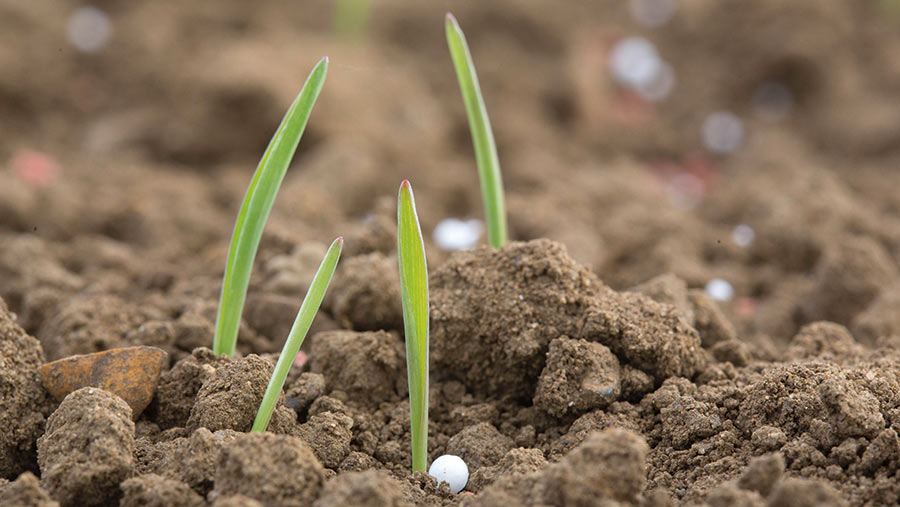 Thomas Todd is using his own field trials on his farm to give him the optimum nitrogen fertiliser rate for his malting spring barley and the best septoria disease control for his winter wheat.

A three-way nitrogen split is giving him yields of up to 10t/ha of distilling-quality spring barley, while a more persistent fungicide choice is keeping his crops clean of the yield-sapping septoria.

After moving to the new spring barley variety Laureate on his Northumberland farm, his own trials showed him he can go up to 150kg/ha of nitrogen fertiliser and still be under the distillers’ bar of 1.65% grain nitrogen.

“We have gone up to these higher nitrogen fertiliser rates because we have the newer varieties that can yield and still produce 1.65% nitrogen grain,” he says.

See also: How to get more from your on-farm crop trials – Farmers Weekly

Previously, some 100-120kg/ha of nitrogen went on in two splits – at drilling time and at the tramlines just visible stage – but now a three-way split is used, with a later application at growth stage 31, or first node just visible.

His agronomist, George Robson, says the plan now is to aim at harvesting a crop of 600-800 heads/sq m rather than 500 previously. This season’s crop was drilled in the last week of February at 350 seeds/sq m to aim for this higher head count.

He says the late unconventional dose of nitrogen at growth stage 31 is needed to keep the crop growing in the long summer days on the farm, which is only a stone’s throw from the Scottish border.

“We are using liquid nitrogen so it gets into the plant quickly and produces grain of 1.65% nitrogen, which is what the distillers want,” says Mr Robson, who works for agronomy group Hutchinsons. 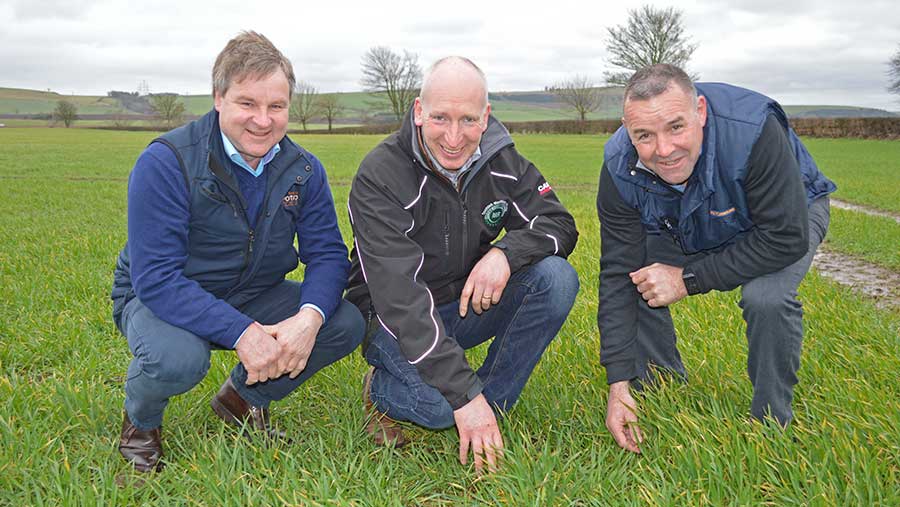 Iain Lindsay from seed and agrochemical group Syngenta says newer varieties such as Laureate respond to higher nitrogen levels compared with other older varieties such as  Propino, which with increased nitrogen rates tends not to yield very much more and the grain nitrogen can rise.

“Laureate is a better tillering variety and so throws up more heads and there is more dilution of the nitrogen, so keeping the grain nitrogen down,” says Mr Lindsay, who is the group’s area manager for northern England and southern Scotland.

Syngenta bred both Laureate and Propino, and the first can be malted for distilling and brewing use, whereas the latter is a specialist brewing variety. This year, Mr Todd is growing 56ha of Laureate and 8ha of new variety Diablo.

His method was to use a range of different nitrogen fertiliser rates and timings along his 36m tramlines to find out the best rate for his farm. He settled on the three-way split of 150kg/ha.

The next input on trial is biostimulants. Trial work with one phosphite-containing product has given an impressive Laureate crop yielding 10t/ha at 1.55% nitrogen, so work with biostimulants will continue.

“We are looking to drive the root mass and so make more resources available to the plants,” says Mr Robson.

Trials with biostimulants in 2018 were inconclusive due to the late spring and summer drought, but further trials are planned this year to apply the products at T1 and T2, with T1 thought to be better for spring barley and T2 for winter wheat.

Mr Todd started his on-farm trials about 15 years ago on the 280ha holding he farms with his father, Howard, at Bareless Farm, Cornhill-on-Tweed, near Coldstream. They grow winter wheat, oilseed rape, spring barley and vining peas on generally light sandy clay loams.

As well as the spring barley, he grows soft winter wheat varieties Zulu, Skyscraper, Motown and Istabraq, with both barley and wheat sold to spirits giant Diageo for malt whisky and grain whisky production. 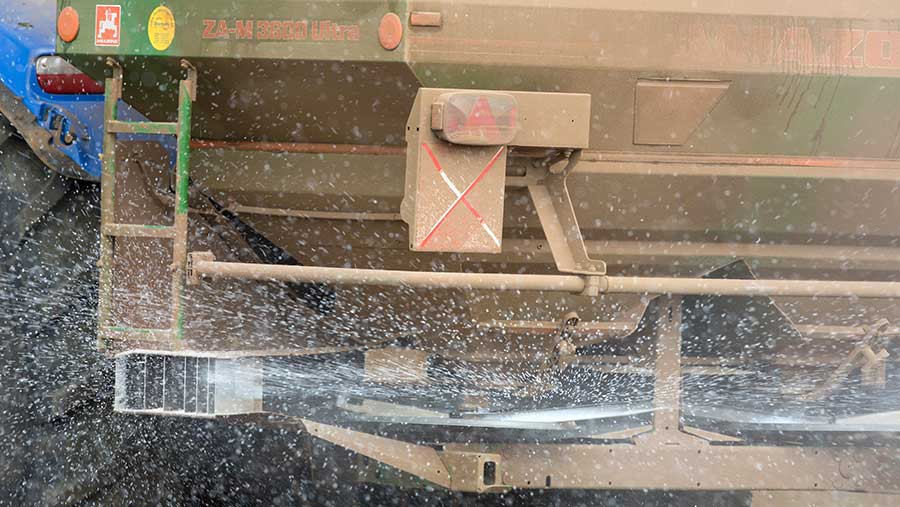 Farm trials with fungicides used on his wheats focused on good septoria control and keeping his crops as green as possible for as long as possible to gain from the long summer days in this northern tip of England.

His fungicide trials have focused on getting long-lasting protective control of septoria and he has been impressed by the persistence of the relatively new SDHI fungicide Solatenol (benzovindiflupyr).

Other SDHIs get into the plant systemically very quickly to offer a curative solution for disease control, but for a protective, long-lasting effect the Solatenol seems to work for him on his farm.

He has tried this SDHI plus the azole prothioconazole (Elatus Era) as a T1 application and also separately at T2, but as the biggest yield benefit comes from the T2 fungicide timing, he has focused the product at this flag-leaf application.

Tramline trials using the product have given yields of up to 11.5t/ha using the winter wheat  variety Zulu, some 0.5-1.0t/ha ahead of trials with other SDHI-based products.

“Other SDHIs get into the leaves quickly, whereas Solatenol finds a slower pathway into the leaf and persists longer, so works well in a protective situation,” says Mr Robson.

Keeping on top of septoria disease is paying dividends, with wheat yields on the farm reaching up to 13t/ha, and even in last year’s drought year, yields averaged 10t/ha across the whole farm.