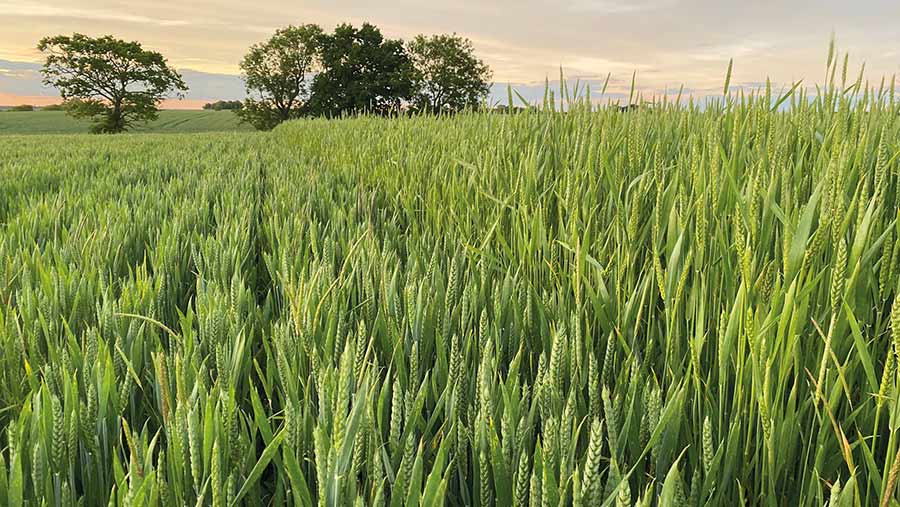 Nature Friendly Farming Network chair Martin Lines has suggested that any fossil-fuel based fertiliser should be taxed to incentivise farmers to remove it from their systems.

“We cannot continue using fossil-fuel based products,” he says.

“We need to tackle our nature and climate crisis and farm in ways that do that. Fossil-fuel based nitrogen fertiliser needs to disappear, it’s going to get a carbon tax, so if you continue to use it, you’re going to come under a crunch in a few years.”

On his farm he is in year one of a target to move away completely from fossil fuel-based fertilisers in five years.

“We’re stacking up the data and technology available to understand what’s in our soils, where it is and when it might be available, while building a farming system that is constantly building nutrition back into the crop.”

Clover and legume-containing cover crops are being used to build fertility in soils, while he has also introduced livestock starting with sheep, but with an aim to also have cattle on what was traditionally an arable-only farm.

Technology is being used to help understand nitrogen availability and crop need.

“For the past few years we’ve been doing soil sampling in the spring to understand what zone nitrogen is available, because if it is all hidden at 60 or 90cm and I’ve drilled a spring crop, that may be a little hungry and need a little something to get it going until it gets its roots down. But if it is all at the top, it might not need it.”

Soil sampling and satellite imagery has also helped him use variable rate applications on his farm near St Neotts, with this year hand-held testing of leaves and tissue testing to further inform requirements.

“What we’ve found is half of my wheats have needed no nitrogen this season.”

Organic manures have been applied over the past five years, but understanding when that is available to the crop is important, he noted. “It doesn’t give it all straight away.”

The visual look of his crops was changing, he said. “We’ve still applied full rates on a couple of trial plots, which look stunning and dark green, while my other bit looks paler.

“But they’ve got the same ear counts. We’ve got to change our mindsets about the visual look.”

The areas with no nitrogen applied have less disease and weed pressure, creating a saving.

He’s also able to compare to areas that have received 60 kg N/ha, which again up to ear emergence had looked visually better. “But after ear emergence it has all evened up and we can’t now tell the difference,” he concludes.

Restrictions on nitrogen use in Denmark had to be partially reversed as it became difficult to grow breadmaking wheat in the country, according to session chair Alastair Leake, director of policy and Allerton Project for the Game and Wildlife Conservation Trust.

“This year, we’ve introduced the Wakelyn’s YQ variety, and apparently if I can get 10.5% protein, they can mill with it. So my question back to the millers is if they can do it with 10.5% and build from there, why are we having to chase 13%? It’s the wrong input system.”

Dr Leake pointed out the Chorleywood baking process was associated with high protein wheats, but consumers were increasingly turning to denser grain loaves. “Are we unnecessarily fertilising,” he asked.

“Yes,” Mr Lines said. “We’ve got a system that’s driving the wrong outputs, and we need to drive artificial nitrogen from the system. So we need to engage with the millers to change their system”.

Martin Lines was speaking at the Groundswell event earlier this summer at Lannock Manor Farm, Hertfordshire.