With significant investment in fertiliser R&D, CF Fertilisers is a company focused on delivering the highest levels of cost-effectiveness and performance on-farm whilst meeting the increasingly demanding environmental needs of growers.

The company’s latest Nitrogen fertiliser Use Efficiency (NfUE) trials are a great example of this thinking in action. 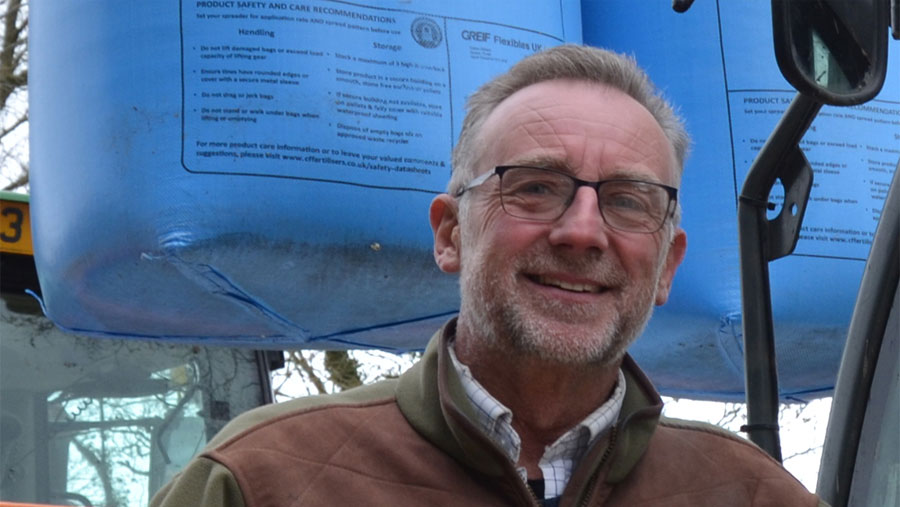 Based in the South West, Richard Peck is responsible for purchasing key inputs used on all Sentry farms throughout the UK

Despite the challenging conditions and resulting late drilling, their Cuckoo spring barley achieved yields up to 7.0t/ha with a final average of 5.5t/ha and zero rejections from malsters.

“The extended period of exceptionally cold, wet weather that lasted through until the end of April meant that when we were eventually able to get on the land, it was vital that nitrogen was taken up by the crops very quickly.

“This would not have been the case with urea.

“Without AN working in our favour we would not have felt nearly as comfortable about the situation, in what has been the most difficult season that I have known in over 30 years of farming.”

One of the UK’s largest farming companies, Sentry has some 200 directly managed, advisory and consultancy clients.

Based at Cerne Abbas near Dorchester, Richard is personally responsible for five farms in the South West totalling 1600ha.

For 20 years, he has purchased key inputs such as seed, agrochemical, fertiliser and machinery for all Sentry farms throughout the country.

“Our business is all about precision. We have 16,300 hectares under cultivation, from Leicester across to Norfolk, down to Kent and as far west as Dorset.

“Margins have been very tight in agriculture for some time and there is no one single silver bullet solution.

“We are continually looking to make small, incremental improvements in every aspect of our business.”

Why switch to ammonium nitrate products?

One of these has been to switch from the urea-based fertilisers used for the last 20 years to British-made ammonium nitrate products, he says.

“Our fertilisers are sourced through Frontier, who also supply all the nutritional advice required, and last year the decision was made to switch to UK-made Nitram (34.5%N) and DoubleTop (27N +30SO3).

“We continually track input costs and AN had become much more competitive, so there were clear economic, agronomic and logistical arguments for changing back to these premium products.

“For me, it’s all about quality and these deliver exactly what you would expect from premium products.

“They are truly uniform, with no lumps or dust, the contents of every bag are the same and they spread consistently at up to 36m, whereas urea is limited to 24m.

“The fact that AN does not volatilise, gets into the soil more quickly and is taken up by the crop much more rapidly than urea was invaluable this season.

“I certainly would not have felt as comfortable this year had we still been using urea.

“You know that it will take longer to act, and time was something that no farm had this spring due to the exceptionally cold, wet weather.”

In fact, it was 23rd April before drilling of the Propino and Planet spring malting barley with a Claydon Hybrid drill started with the last going in on 4th May, Richard recalls.

“Given such a late start, it was essential that the crop could access the nutrients it required as quickly as possible.

“Rather than apply some nitrogen in the seedbed and some when the tramlines were visible, all the ammonium nitrate went onto the seedbed in the form of Nitram.

“From the moment it emerged the crop looked fantastic. It grew away rapidly and continued to do so in perfect condition right through to harvest.”

Given that spring barley was drilled so late and never received any rain to speak of the yields were exceptional, he says.

“Everything tells you that achieving up to 7.0t/ha from ‘cuckoo’ barley should be impossible, but that’s what we did, and it averaged 5.5t/ha.

“That was 1t/ha above budget and the price at harvest was £195 per tonne, with zero rejections. The bonus was being able to sell barley straw in the swath for £60 per acre and wheat straw at £100 per acre.”