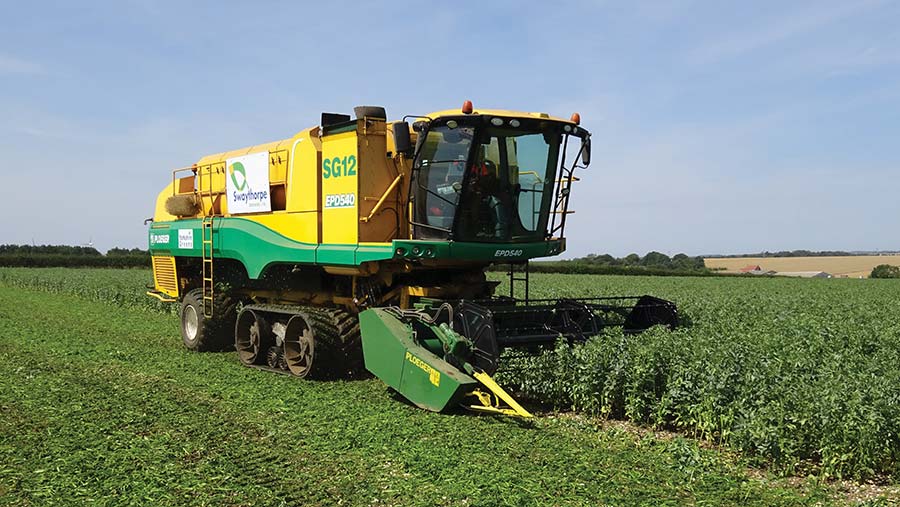 A specialist starter fertiliser is resulting in healthier spring pea and bean crops, raising yields by up to 1.13t/ha in field-scale trials last season.

There is renewed interest in spring pulses as farmers look for more sustainable alternatives to oilseed rape in their rotations.

However, Agrii northern R&D manager Jim Carswell points out that, despite establishment being as important to their performance as spring cereals, little new work has been done on early pulse nutrition to date.

“Achieving good establishment is especially important with the increasingly extreme seasons we are seeing these days,” he says.

“We know spring cereals perform much better with the right early nutrition. Growers should pay the same attention to early nutrition when establishing pea or bean crops.

The key essential is to combat phosphate lock-up, which is widely recognised as problematic on both high and low pH soils, stresses Mr Carswell.

“The nutrient gets bound by polyvalent soil cations such as calcium, aluminium and iron so that only 10-15% of applied phosphate is typically used by the plant.”

Based on his successful trial work to overcome this problem, Agrii has commercialised a specialist starter fertiliser (Agrii-Start Pulses), providing protected phosphate along with other key nutrients.

The product is a 0:17:19 mix of triple superphosphate, polysulphate and muriate of potash. It also contains sulphur and is protected with P-Reserve.

This treatment chelates the cations around the rhizosphere to help prevent lock-up. The result is a sustained supply of orthophosphate – the bioavailable form of P taken up by plant roots. 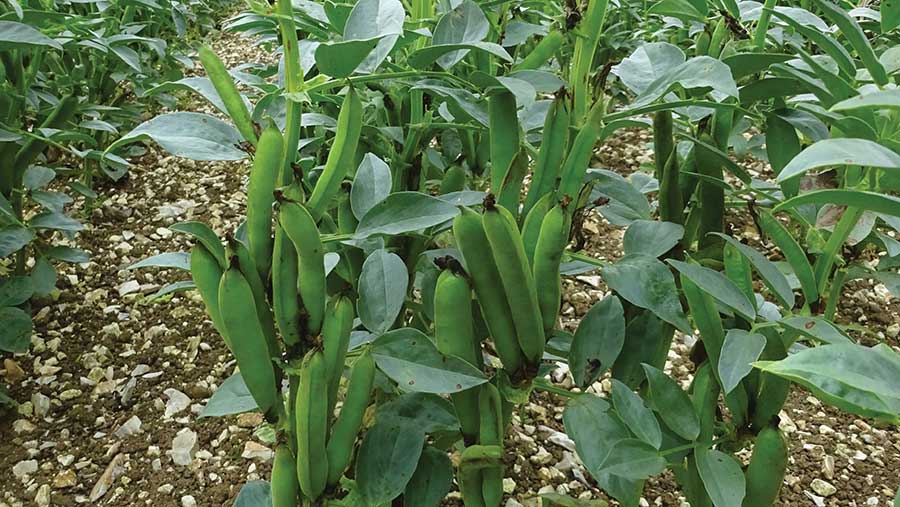 To assess the benefits of better seed-bed nutrition, Jim Carswell conducted field-scale trials with this formulation on three Yorkshire farms last season – two crops of vining peas and a crop of vining beans.

The trials were deliberately carried out on soils with differing pH, P and K levels (see table).

Each trial involved split-field comparisons of the starter fertiliser with the farm’s standard practice.

Detailed assessments carried out throughout the season included measurements of plant height, root and shoot length, plus tissue testing for key nutrients.

Yields were improved on all three farms by at least 14%, with clear effects on plant growth and nutrition recorded from the first few weeks through to harvest.

Mr Carswell points to the vining beans as an example. The starter fertiliser was applied the day before drilling on 24 April against the farm standard of no spring fertilisation.

The yield increases (see table) came from a combination of more pods per plant and more beans per pod.

The value of better early nutrition in our trials was really dramatic, Mr Carswell says. “The key was undoubtedly having available phosphate, but other factors were clearly also important.”

Agrii-Start Pulses is available for commercial use from this season. Following further 2021 trials planned with molybdenum, known to help root nodulation, the specialist micro-nutrient may be added to the standard formulation for the future.