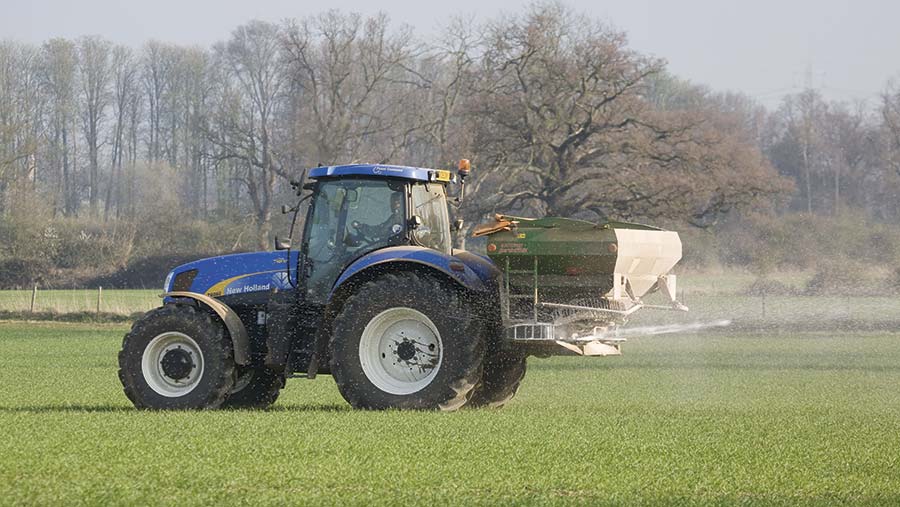 New recommendations for managing phosphate for arable crops will pave the way to better use of P, helping to improve yields, cut costs and reduce the environmental impact of applications.

It has been 40 years since there was a full update of recommendations for the use of phosphate in arable crops in the UK.

A collaborative effort – led by research group Adas – has reviewed phosphate use and advice through a series of projects, funded by AHDB, Defra and industry partners over the past decade.

This considerable investment in time and money has now translated into changes to phosphate recommendations in the latest Nutrient management guide (RB209).

Adas head of crop performance Roger Sylvester-Bradley says the industry hasn’t necessarily been doing anything wrong, but the new guidelines build on previous advice and identify things that can be done better.

Mr Sylvester-Bradley says too much trust has been placed in soil analysis to manage P nutrition.

A single Olsen test is carried out every four years giving growers only a crude index of plant available P across each field and not accounting for other factors that influence uptake.

It was also found that the historical standard phosphate offtake guideline in RB209 has been overestimating the amounts removed from soils in harvested grain.

This has probably lead to over-application of phosphate fertiliser in some situations.

Furthermore, Dr Sylvester-Bradley says the recent research has shown significant farm-to-farm differences in the way soils store and exchange P between the unavailable and readily available “pools” within the root zone.

The uncertainties about soil P go along with the discovery that, according to grain analysis, phosphorus is the most common deficiency of the 12 macro- and micronutrients – almost half the samples tested showed low P levels.

“So, there is something going wrong [with P management] at the moment,” Dr Sylvester-Bradley says.

“Although we are not necessarily in the position to know immediately how to put it right, we are now advocating more grain analysis to help us know when and where it has gone wrong.”

Adding grain analysis into the P management process will help paint a more detailed picture, identifying deficiencies and prompting investigation into their causes.

It will also provide the chance to double-check soil analyses, he says.

“We now have reasonable confidence in the P deficiency level for grain, more so than the soil deficiency level, and grain analysis shows directly what has happened to the crop.

“If we just analyse the soil, and plants have suffered P deficiency because it didn’t have very good roots, you won’t know that unless you analyse the crop.”

Grain sampling and analysis should be carried out by aggregating small samples from each trailer load of grain from a field, giving a representative sample for each field which can be sent to the lab.

Work has been carried out as part of the Yield Enhancement Network (YEN) into the benefits of grain analysis.

Interestingly, compared with the £30-40 cost of a bulked field sample, the savings in fresh P and K applications, just as a result of more accurate measurement of crop offtakes, amounted to about £100 per field.

“But where grain analysis highlights a P deficiency there is much more to be gained,” Dr Sylvester-Bradley adds.

“The same analysis shows levels of all 12 plant nutrients,” he says. “Almost half showed low P levels and 75% of YEN samples showed at least one nutrient deficiency, often more.

“Assuming just the P was corrected, the average gain through increased yields should be worth about £500 per field.”

As well as adding grain analysis into a farm’s nutrient testing routine, it is also suggested that soil sampling protocols and analysis should be tightened up on farm.

Soil samples should be taken every four years at the same point in the rotation and the same location in the field, and at least six months after any fresh P has been applied.

Ideally the same laboratory should also be used each time – sticking to this protocol will improve repeatability and achieve more comparable results. 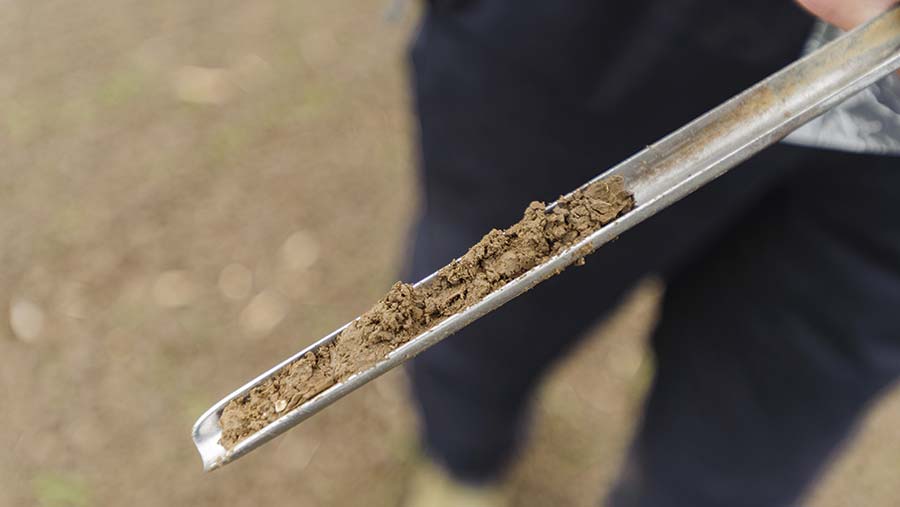 Dr Sylvester-Bradley says where soil test results are unexpected – for example where indices have gone down when they were expected to go up – re-testing is advised.

“There will be seasonal effects on P levels, so I also advocate batching soil samples with your neighbours.

“You’ll then be able to benchmark against each other and see if everyone’s levels have moved in the same direction, or its just your own results that are out of the ordinary.”

A final change in the RB209 P recommendations sees growers able to run their arable soils at Index 1 in some situations, instead of the previous benchmark of Index 2.

Where a farm is growing only autumn-sown combinable crops, can reliably get good plant establishment (for example on well-drained soils), and if fresh P can be applied on an annual basis, it should be possible to grow crops at P Index 1.

This is because, given the right conditions, winter cereals and oilseed rape have longer to develop root systems that can scavenge enough available P from the soil to meet crop requirements.

“With spring crops, they have to grow rapidly, with only a small root system, and our evidence is that Index 1 would not be adequate for rotations including spring-sown crops,” Dr Sylvester-Bradley says.