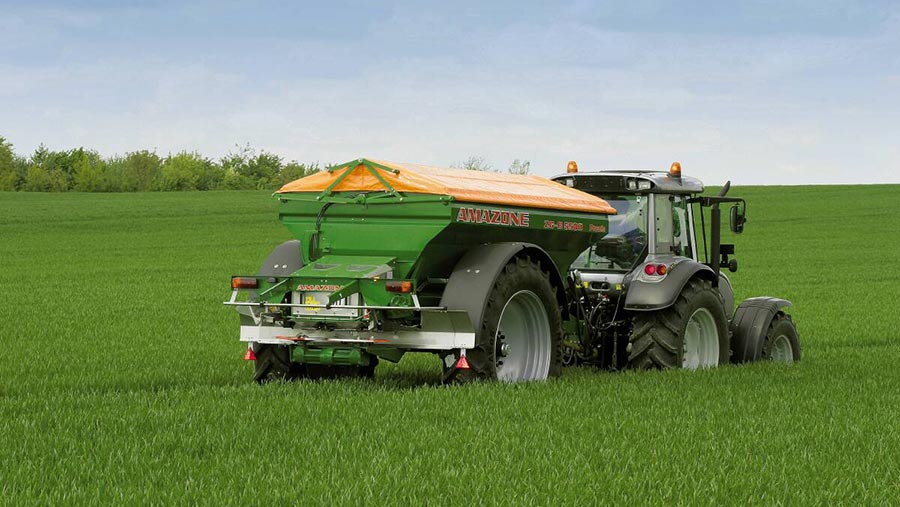 Most growers were unable to apply their full amount of fertiliser last year due to the wet conditions in the spring and in these cases, CF Fertilisers agronomist Allison Grundy believes soil reserves will be low.

“Conversely, for those who did manage to get their full application on, subsequent dry weather and lower yields are likely to have resulted in less N being recovered and used by the crop.”

Much of this could have remained in the soil after harvest, she explains.

“N reserves are likely to be higher than typical, especially since rainfall this autumn and the winter so far have been low to average.

“Growers who have chosen to apply organic manures to the land before establishing their autumn crops also need to understand how much organic N is likely to become available to crops in the spring.”

Therefore, having an accurate picture of soil N reserves is essential and this is done through testing.

Simple analyses of soil mineral nitrogen (SMN) will be insufficient to give the true picture of total soil N supply (SNS) this year, she says.

“SMN gives you a snapshot of what N is available at the time the soil sample is taken, but fails to account for the amount of N that will be mineralised in the soil and taken up by the crop as the growing season progresses.” This is termed additionally available nitrogen (AAN).

Accounting for AAN is always important, but after a difficult season like 2018, it’s more important to include AAN in fertiliser calculations because it can be a sizeable quantity, she says.

“If you don’t you could end up applying more N from the bag than necessary, which has a cost financially and potential environmental implications.”

According to Mechteld Blake-Kalff of Hill Court Farm Research, which carries out more than 7,000 soil nitrogen tests a year, AAN is particularly beneficial in fields where mineralisation is expected to be high.

How to test soil N accurately 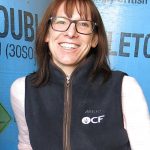 The best way to get an accurate picture of soil nitrogen supply (SNS) is to use an N-Min analysis, which includes soil mineral nitrogen (SMN), additionally available nitrogen (AAN) and an estimate of N taken up by the plant by the spring.

“The best time to sample is in the spring before the first fertiliser application and at least six weeks after the last manure application,” says Allison Grundy.

“The quality of the soil sample is critical.” She advises taking 10-15 cores – up to 20 cores for fields greater than 20ha – using a W-shape pattern across the field and avoiding areas such as gateways, headlands and old manure heaps. 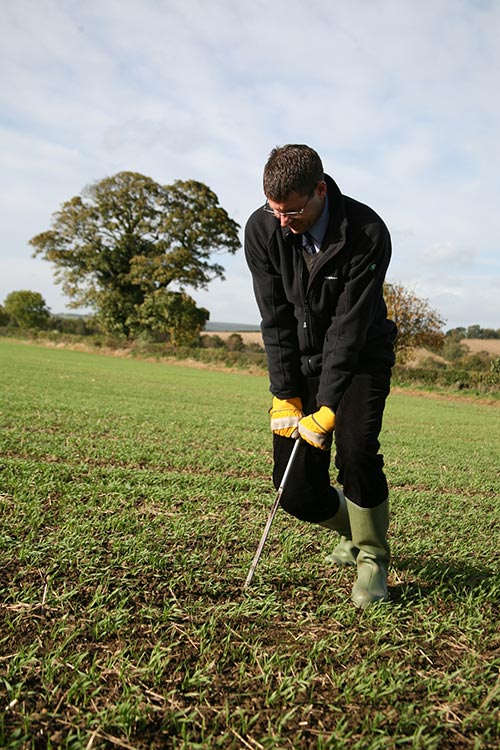 It is important not to pick up any crop residue or manure and soil cores should be taken to a depth of 60cm or to the maximum rooting depth of the crop if it is shallower, she advises

“Push the auger in firmly and measure how deep it goes. If the field varies, test in a few places and take an average, but always make sure you record the actual sample depth.

“Once collected, the cores should be combined together, gently mixed and sub-sampled. Samples should be kept cold but not frozen and sent for analysis within one to two days.”

Before leaving the field, an estimate of the amount of nitrogen already in the crop should be made.

“This can be done by counting the tillers in cereals or measuring the green area index (GAI) in oilseed rape.

Once the results are returned, results can be fed into the company’s Fertiliser Nitrogen Calculator N-Calc alongside the target yield to give users the optimum amount of nitrogen fertiliser to apply.

“These include fields where last year’s yields were disappointing due to the drought, but also, for example, where cover crops are grown.

“SMN is a useful indication of soil nitrogen, but including AAN in the analysis provides a lot more detail about what the true picture is.

“When soil measurements of SMN and AAN are combined with a spring crop N estimate, the overall SNS can be determined with greater accuracy.

“It is particularly useful in those soils with a higher organic matter content, having manure inputs or following leafy crops like vegetables.”

But the weather over the next few weeks will also be important, with soil type also playing a role, she says.

“Generally a cold spring means that soil mineralisation begins later and AAN will be delayed until later in the season.”

Warmer spring conditions result in earlier soil N mineralisation, so plants have the opportunity to get away quicker, particularly in lighter soils that warm up faster.

However, these lighter soils are also more prone to N leaching, putting them at risk of nutrient loss.

Heavier land is more able to hold on to soil nitrogen, but warm up more slowly, particularly if it is wet, so mineralisation of AAN will be later compared with lighter soils.

“But if soil conditions are too dry, then nitrogen cannot be taken up by the plant no matter what type of soil it is.”

Soil nitrogen testing has helped farmer Darren Baxter lift wheat yields by 0.7t/ha and slash his fertiliser use at Highbrow Farm near Southport in Lancashire.

Key to increasing yields from about 10.5t/ha to 11.2t/ha has been the accurate assessment of soil nitrogen reserves and adjusting nitrogen inputs to take account of existing fertility levels.

Standard fertiliser practice is to apply 220kg/ha of nitrogen, but last year he trialled a more precise N-Min approach across three fields.

Based on these figures, the N-calc calculator estimated an average 186kg/ha, lower than the farm rate of 220kg/ha, enabling Mr Baxter to save on fertiliser and maximise yield.