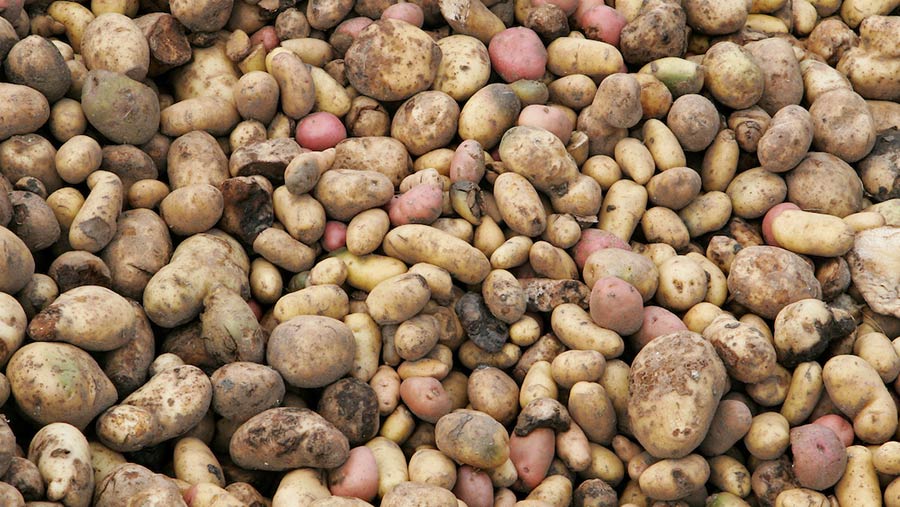 Pesticide labels frequently change and keeping track is essential to stay on the right side of the law. Adam Clarke highlights two key changes that growers should be aware of this spring.

Potato growers are urged to check if customers will accept crops treated with maleic hydrazide (MH) after a new label restriction prevents waste such as out-grades or peelings being fed to livestock.

The active substance, contained in products such as Fazor or Source II, is used for controlling volunteers and provides some sprout suppression during storage, which is particularly useful for growers with ambient stores.

See also: How the potato industry can tackle blackleg

It was also widely used in 2018 to kerb secondary tuberisation triggered by the hot and dry conditions during the summer.

European regulators re-approved its use in potatoes for further 15 years in 2017, but lack of relevant data meant questions have remained over the substance safely entering the animal feed chain.

In response, the Health and Safety Executive (HSE) told manufacturers that from 1 May 2019 all new MH labels must include a restriction preventing treated potatoes from being fed to livestock.

The new rule will affect growers who feed out-grades to their own or neighbouring stock, and also packers and processors, who generate out-grades or peelings of their own that needs to be utilised or disposed of.

Options include segregating MH-treated waste and taking to landfill or sending to an anaerobic digestion (AD) plant as a feedstock, but this is likely to add significant costs to both producers, packers and processors.

Farmers Weekly has learned that digestate produced from potatoes treated with new label MH is not allowed to be applied to grazing pasture, which may limit anaerobic digestion as an option in potato-producing areas to the west and north of Britain.

Approval holders are currently gathering data from animal feeding trials in an attempt to reverse the new label restriction, but it is unlikely that adequate assessment will have been completed by planting 2020.

This leaves a considerable gap in which the whole supply chain has to find a solution to the disposal of MH-treated potato waste.

Producers wanting to use it on their crops should try to source product with the old label to avoid any complications with waste disposal.

Old label stocks can be sold until 30 April 2019 and must be used up by 30 April 2020 and there are currently healthy stock availability in the system. Growers should contact their distributor as soon as possible to secure supplies.

Due to potential problems dealing with waste, packers and processors aren’t guaranteed to accept old label MH-treated crops, so growers are urged to clarify a customer’s stance before using the product.

Last year, AHDB stated that HSE had requested that authorisation holders and industry develop a stewardship programme to ensure compliance with the new label.

There is a concern that if any part of the potato supply chain is found to be in breach of the new restriction, the active ingredient could be lost altogether, so responsible use will be critical to avoid any negative press.

Granular herbicide product Avadex Excel 15G has gained full approval for use in spring wheat, bolstering the herbicide armoury in the fight against spring germinating blackgrass.

Thus far, spring barley has seen the biggest increase in area, jumping from 659,000ha in 2018 to about 762,000ha last year and now make up two-thirds of all the barley grown in the UK. 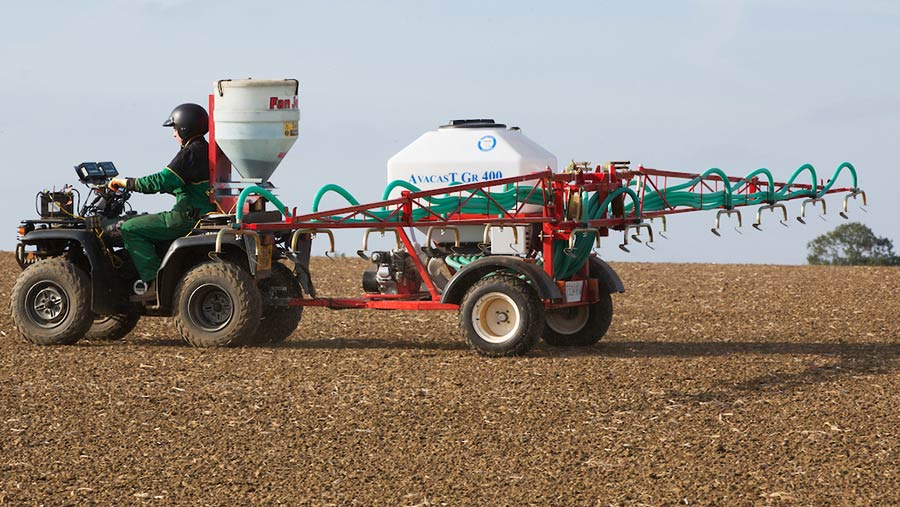 With the introduction of improved varieties spring wheat is also becoming more popular option, but like in many spring crops herbicide options active on blackgrass have been limited.

The new Avadex Excel 15G approval for spring wheat will be welcome news for current and potential spring wheat growers, as it provides a consistent uplift in blackgrass control when used alongside flufenacet-based products, according to Gowan’s Kuldip Mudhar.

This has been demonstrated over a period of time in winter wheat and winter and spring barley – crops that all have full label approval for the product.

“It is another tool in the armoury in blackgrass situations and it’s also very good for controlling wild oats,” he adds.

Growers considering the use of existing farm stocks on spring wheat this season are urged to check it carries the correct label by entering the product MAPP number on the Chemicals Regulation Division (CRD) website.

If the label doesn’t include spring wheat, contact the distributor where the product was originally sourced for a copy of the updated label to ensure compliance.

It was announced last October that the insecticide pymetrozine would be withdrawn in the UK and potential users have until 30 April to secure supplies for the upcoming season.

The loss of pymetrozine, in product Plenum, is a big blow, as it offered an alternative mode of action for controlling aphids in a number of crops including oilseed rape, brassica veg and potato.

This is particularly so for the peach potato aphid, Myzus persicae, a vector of a number of viral plant diseases, as the majority of the UK population is highly resistant to pyrethroid insecticides.

Similarly, plenum offered an alternative mode of action for controlling pollen beetle, which has also developed resistance to pyrethroids.

Approval holder Adama’s product manager Melanie Wardle says she expects Plenum requirements for the season to be fulfilled and all farm stock must be used up by 31 January 2020.