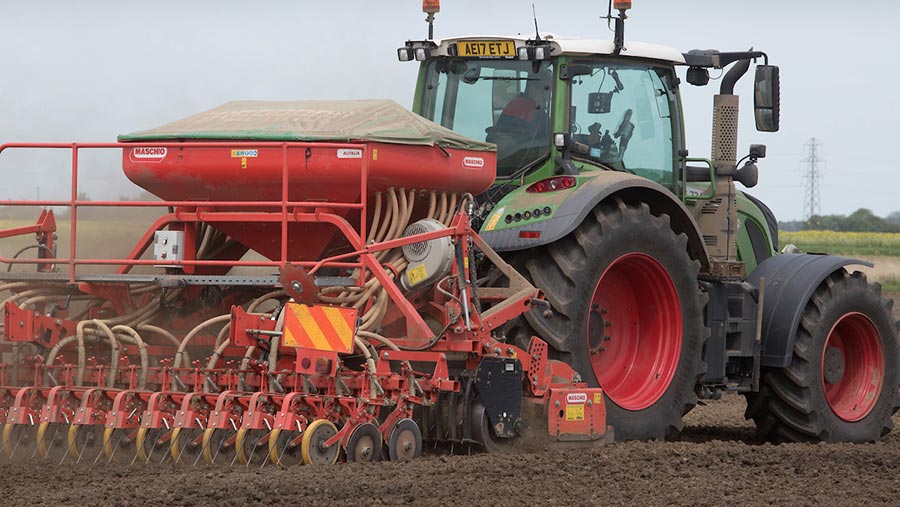 Pea growers are being advised to carry out cover crop destruction and cultivations well ahead of drilling, to minimise the threat from the bean seed fly.

The bean seed fly is a serious pest to peas, maize and green beans and severe infestations may result in re-drilling and subsequent loss of high value vegetable crops at a very early crop growth stage.

There are no insecticidal seed treatments to control bean seed fly larvae in peas and beans approved in the UK, and field insecticide applications are of limited value to control the pest.

Therefore, the Processors and Growers Research Organisation (PGRO) advises growers to focus on preventing the pest by planning cultivations well in advance of drilling.

“The presence of imbibing and germinating seeds is also attractive to the flies.”

These factors can lead to high levels of crop damage and failure of establishment, particularly in vining peas and dwarf French beans sown during late spring and early summer, from late April onwards.

As late spring and early summer sowings are more at risk from attack, seed-bed preparation in these crops should ensure that weed growth has died back before cultivation and that there is little to no green material in soils.

Destruction of weeds and cover crops should take place at least three weeks prior to drilling.

PGRO says there is some evidence that damage may be reduced in no-till situations, although this needs to be further tested in the UK.