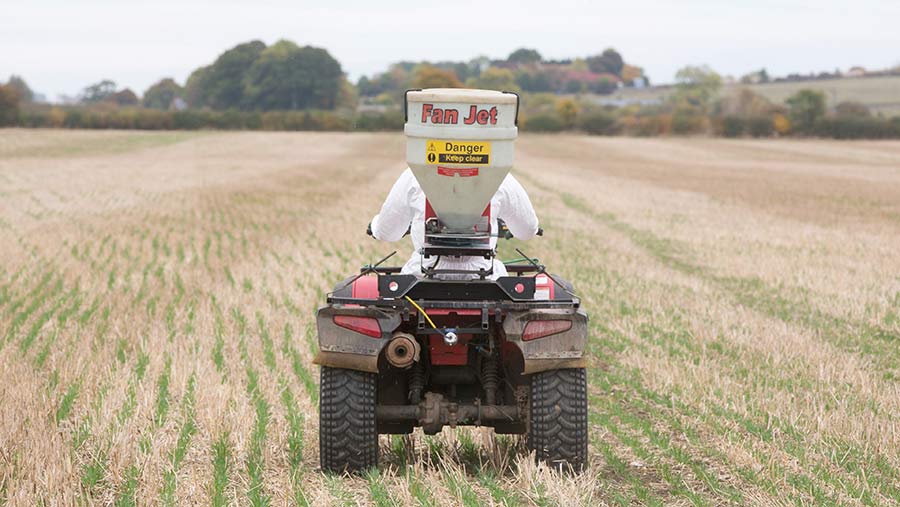 Growers have been reminded to use metaldehyde responsibly after reports that excessive levels have been detected in some watercourses.

Wet weather in July and August encouraged a late flush of weed growth, caused problems at harvest and created ideal conditions for slugs.

Pesticide monitoring group the Voluntary Initiative (VI) said it was concerned that more wet weather may cause excessive water run-off and wanted to remind growers of the need for best-practice use of metaldehyde.

Metaldehyde is particularly tricky for water companies to treat, which is why it is considered a pollutant.

With the deadline moving closer, there is concern there could be a race to use up stocks.

Neal Evans, operations director at the VI, said there were reports from some water companies that they had detected metaldehyde in raw water at “levels well in excess of the 0.1ppb limit” already this autumn.

He added: “Following the long, dry spring, which saw many soils develop extensive cracking, the recent wet weather in some areas of the country has resulted in run-off to watercourses.

“It is important to stress the need for careful, best-practice use of pesticides and metaldehyde, in particular, as part of an integrated pest-management approach.

“Careful stewardship of metaldehyde will be key as this slug pellet treatment is phased out.”

In 2018 Defra announced its intention to ban the pesticide because of an “unacceptable” risk to birds and mammals, based on advice from the UK Expert Committee on Pesticides and the Health and Safety Executive.