Mild and wet conditions throughout most of this season have prompted an explosion in slug numbers that poses a real challenge for crop establishment this coming autumn.

The threat is particularly strong for direct-drilling systems, where “trashy” seed-beds and lack of mechanical disturbance can provide a haven for slugs to lay eggs and thrive, says retired independent consultant David Glen.

This means there is a potential for damage to crops being sown into that environment.

“Slug damage is not an inevitable consequence of direct drilling, but the risk is certainly higher,” Dr Glen adds.

“Surface trash provides food, moisture and shelter, while the lack of cultivations prior to drilling means they are left relatively undisturbed, compared with more intensive cultivation systems.” 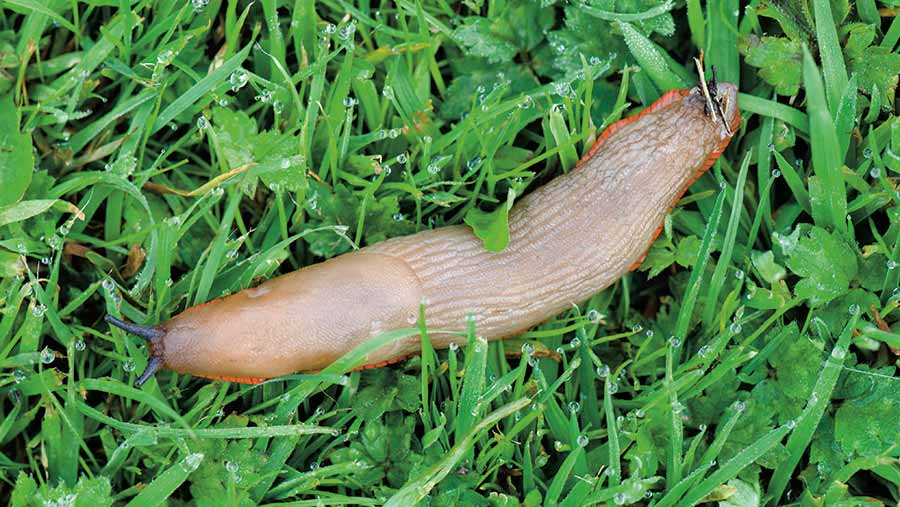 How to reduce pressure?

Disturbing surface trash between harvest and drilling with a straw rake or light cultivations is the main way of reducing slug pressure and avoiding over-reliance on pellets, says Dr Glen.

“Even just a shallow cultivation of the top 25-50mm can reduce slug damage significantly. It kills some juveniles and eggs directly, but importantly disrupts the environment they are living in.”

He acknowledges the weather greatly influences the effectiveness of such measures, but insists that even in wet seasons it is worth waiting for a suitable window to lightly work ground before drilling. “There are very few other options if you are direct-drilling.”

Cultivations expert Philip Wright agrees, adding that any disturbance of surface trash or soil should be followed with good consolidation to reduce slug movement and disrupt breeding.

Most slugs lay eggs in batches of 10 to 50 in soil cavities, between clods, under stones or at the base of plants.

“Providing the soil is not too wet, going over with a Cambridge roll soon after disturbing the surface really helps. You don’t want it to be pan-flat and prone to slumping, so some residue poking through the surface is no bad thing.”

Poor stubble management is one the biggest reasons for direct-drilling systems not working effectively and there are big benefits from repeated raking of wheat and oilseed rape stubbles before drilling, according to Claydon Drills founder and Suffolk farmer Jeff Claydon.

Wheat after oilseed rape is particularly prone to damage, especially where volunteers are left to grow between harvest and drilling, providing an ideal food source for slugs, he says.

“It takes 10-14 days for eggs to hatch, so slugs can multiply very quickly. Moving surface trash with a straw harrow every 10-14 days or so exposes slugs and eggs to the sun and stops a big build-up of numbers.” 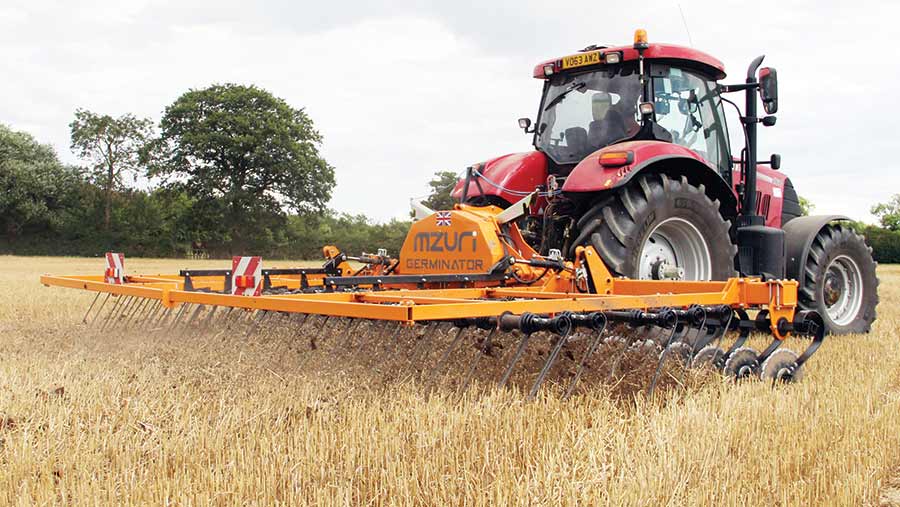 Raking also helps destroy volunteers. With wide working widths it is quick and cheap, using just 1 litre of fuel per hectare, he adds. Figures from the family farm suggest a 15m straw rake travelling at 15-25km/h can cover about 20ha/hour and costs less than £1/ha.

Mr Claydon also supports the use of shallow cultivations to help with slug and grassweed control.

Poorly structured soils exacerbate slug problems, especially where drill slots do not close up properly after sowing, providing a “highway” for slug movement, he notes.

“There is no one answer or drill that suits every farm. Of more importance is how drills are set up and operated and how land is managed before drilling.”

Organic matter incorporation is central to improving soil structure and Mr Wright recommends chopping straw rather than baling wherever possible, ensuring a good chop and even spread behind the combine.

He acknowledges this is not always feasible – and in those cases he advises growers to remove straw to ensure the “carbon balance” is redressed in other ways, such as with manures or cover crops.

However, this can increase the likelihood of slug damage by providing a source of food and shelter at a time when there would otherwise be little available, says Dr Glen.

The impact depends on the weather and type of cover crop used. Research suggests ryegrass cover increases slug numbers less than more palatable broad-leaved cover, such as red clover or brassicas (for example, mustard and radish).

Mr Wright believes cover crops have a valuable place in direct-drilling systems because they improve structure, adding carbon and drying soil to depth, but says they must be tailored to individual circumstances.

Early desiccation of cover in late autumn may be necessary to avoid giving slugs food over winter and reduce the risk of a heavy “blanket effect” of green, wet material on the surface when drilling in spring, he notes.

Conversely, it may be possible to leave a more open cover crop canopy growing for longer to maximise benefits of water extraction from depth and organic matter return.

Where do pellets fit in?

Cultural slug control goes only so far and some chemical control is inevitable in high-risk years.

Before going out with the applicator, growers must measure slug numbers with field trapping to check whether treatment thresholds for individual crops are being breached, advises Simon McMunn, commercial manager at De Sangosse.

Crops vary in susceptibility to slug damage, which influences application timing and other control options, he adds.

Wheat, for example, is prone to grain hollowing as soon as it is drilled, so he recommends a seed treatment such as Redigo Deter (clothianidin + prothioconazole). Oilseed rape, in contrast, is most vulnerable to slugs at the cotyledon stage.

In many cases, he favours splitting pellet dose – with one “pre-bait” stubble treatment to reduce numbers ahead of drilling and another post-drilling.

Good seed-bed consolidation is also vital to minimise slug movement, while spring crops should go into warms soils to ensure they grow away quickly from the stage when they are most susceptible to slug damage, he adds.

Mr McMunn says not to skimp on bait quality and to use pellets with good attractiveness and palatability to slugs, longevity and good ballistic qualities for even application.

“Go for a good-quality, wet-processed, durum wheat-based pellet. In normal weather, even where rain is present, you should see activity for up to two weeks from any quality wet-processed pellet. It can be significantly less with-poorer quality material.”

He reminds growers the Sustainable Use Directive requires all slug pellet applicators to be tested under the National Sprayer Testing Scheme before 26 November.

Field sampling is best done by placing baited refuge traps in the field when slugs are active (when the soil is moist and the weather is mild) prior to cultivations.

Getting to grips with slugs 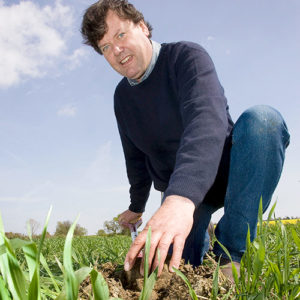 Worcestershire farmer and direct-drilling advocate Jim Bullock direct-drills most of his 280ha of combinable crops and has tried a variety of measures to minimise slug pressure.

One of the most noticeable reductions in slug pressure has come from dropping oilseed rape from the rotation, following “horrendous” slug problems in 2012.

“When we grew oilseed rape, we were applying pellets at drilling and crop emergence, and we were pelleting the following wheat crop once or twice. We have reduced pellet use considerably since then. None was used last autumn and only five or six bags were needed this spring.”

He acknowledges slugs like the cover crops, but says early desiccation – as soon as it is possible to travel on land in spring – reduces the impact on spring-sown crops, which are all direct-drilled using the farm’s 18-year-old Kuhn ST4000 drill.