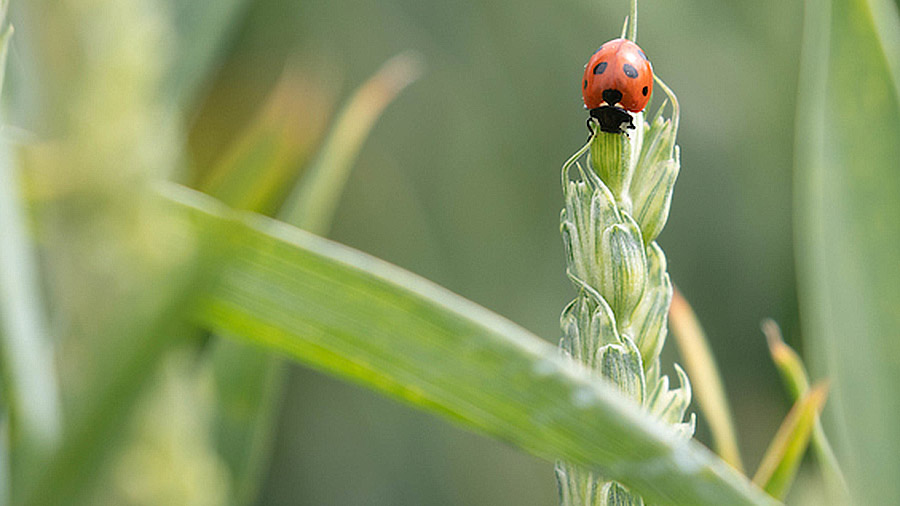 A diverse landscape with lots of habitat is the best way to encourage the beneficial insects that are needed to provide natural pest control and replace the use of insecticides on farms.

John Holland, head of farmland ecology at the Game and Wildlife Conservation Trust, says that having as much plant diversity as possible around the farm supports predator numbers.

See also: How a farmer manages insect pests and weeds in biotic system

This makes it more likely predators will be in the right place at the right time, as the window of opportunity for control relies on natural enemies moving in early, and so stopping the exponential growth stage that leads to peak pest numbers.

“For this to happen, there has to be plenty of habitat for them, so that they don’t have far to go,” he says.

Providing habitat for these important insects gives them the key things they need – shelter, alternative prey, floral resources and the appropriate environment for their survival – and will help ensure a combination of both aerial and ground predators are present.

The approach, known as “Safe” (see last box), provides the framework for what farmers can do, both in and around fields, to boost their numbers and favour beneficials more than pests.

Within this, he includes unsprayed headlands and weedy patches, all of which support insects.

Turning his attention to habitat within fields, he mentions practices such as cover crops, under-sowing, reduced tillage, mob grazing and beetle banks – where two furrows are ploughed together to form a raised bank of over-winter habitat.

What are natural enemies?

The good guys, or natural enemies, fall into two groups:

“These all have a role, but the cornerstone is reduced tillage,” he says. “Soil health matters, as the better it is, the more insects you get.”

Allowing more weeds to survive in the crop improves the situation too, while mob grazing has a role because it leaves vegetation for longer and allows insects to complete their life cycles.

“Minimising insecticide use is also important. There’s a very slow recovery of beetle numbers, for example, after spraying has taken place.

“Scouting for crop pests, using thresholds and timing insecticides are also important as all too often the key control timing gets missed.”

The overall aim with natural enemies is for a holistic approach which includes targeted bio-control habitats and greater use of regenerative farming practices, much of which could be funded by agri-environment schemes, he says. 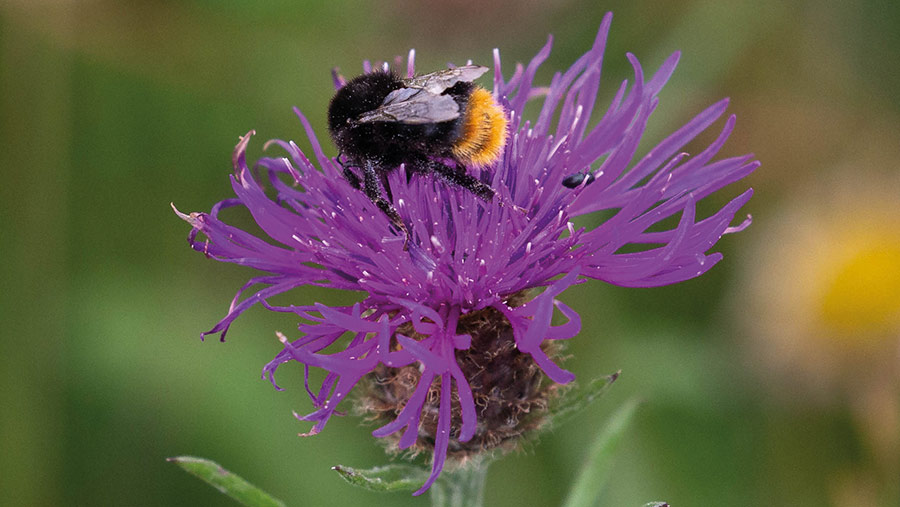 Insect numbers: Should we be worried?

The insect population decline has been documented accross the world, confirms John Holland, who believes it is a cause for concern.

In the UK, the 50-year Sussex Study has shown an overall decline in insects of 37%, with predators faring worse at a 67% drop.

The European project Quessa, which sampled semi-natural habitats across Europe and monitored flying natural enemies, also showed that there is room for improvement.

The levels of predicted pest control were poor across the main arable areas of the UK.

Weeds can be good for biocontrol, Prof Holland stresses, as they provide much of what is needed – alternative prey, floral resources and cover – to support natural enemies on farms.

“There are good weeds, such as annual meadow grass, chickweed and knotgrass, as well as very undesirable ones such as blackgrass,” he says.

“Whether they are in crops, wild bird mixes, fallows or scruffy corners, they provide floral resources and seeds for beneficial invertebrates, as well as for birds and small mammals. Up to 90% of weed seeds are eaten.”

The use of flower mixes in strips – which is attracting plenty of interest – is complicated as there is plenty of misinformation out there, especially when it comes to selecting the right species, warns Prof Holland.

While floral resources must support the desired pest’s natural enemies, they also have to be easily accessible and provide the right nutrients to support their activity. Crucially, they should favour natural enemies more than pests.

“Get the best advice if you’re contemplating these. Farmers haven’t always been given the right guidance on selecting plants.”

While having a good diversity of habitats is proven to support predators, it’s less clear whether these predators get into crops and what level of control they provide – which is why more research is needed, stresses Prof Holland.

Many pest thresholds are out of date and should be revised, he adds. “We also need more work on how much habitat is required and where it should be located, as well as evidence of the costs and economic benefits.”

The SAFE approach to encouraging beneficials, as set out in AHDB’s Encyclopaedia of Pests and Natural Enemies, is based on four principles: