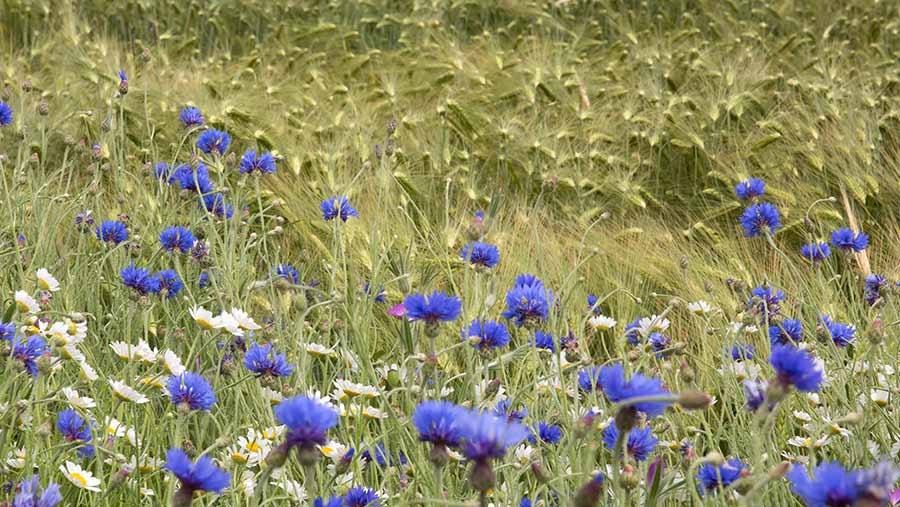 A farm-scale trial of technology could provide data to help justify payments for environmental measures taken on farm in the future, while also improving the quality of advice given by agronomists.

Andrew and William Pitts farm 809ha of arable land at Mears Ashby and Whiston in Northamptonshire and are hosting the Helix project for agronomy firm Hutchinsons.

The research farm has been created in response to the deluge of technologies available to farmers that could potentially improve their crop performance, such as diagnostic tools and satellite imagery, with the aim of flagging up those technologies most beneficial to growers.

These will then be synched together through a central hub – Hutchinson’s Omnia platform.

Hutchinsons agronomist Michael Shemilt will test and manage technologies with the farm to understand how they work and determine their value at farm-scale.

As a result of the project, tools and a body of data will be created that will help shape the evolution of the grower and agronomist relationship, with less crop-walking and more ground-truthing likely in the future.

Rather than advising on specific crops, the research will help agronomists take a more strategic approach for the whole farm, improving profitability, sustainability and efficiency.

Three projects are already under way at the farm, looking at the areas of climate and pest prediction, environmental sustainability and crop nutrition.

As part of the environmental sustainability project, pollinator species are being identified across the farm as part of a PhD, using technology to map the species rather than having to identify them by hand.

Such a tool would potentially enable farmers to justify their environmental performance under a “payment by results” type scheme for farm subsidy.

“The project has already identified a lack of dandelions on the farm, which flower early on and support queen bees,” says Mr Pitt.

“More pollinators support higher yields, so we need now to figure out what to grow to build up their populations.

“The idea is we capture this information to justify the results.”

By testing mapping tools for both yield and the environment, growers will be better informed about the least-productive areas of their farms, enabling them to be potentially rectified.

As a result of the project, agronomists will able to provide good environmental advice on a farm-wide basis, helping farmers include the right species and increase biodiversity so these areas can qualify for environmental land management payments.

A major part of the project will also be working with start-up technology companies.

The nutrition project, in particular, is testing technologies developed by start-ups, such as FungiAlert, which is a spore sensor developed at Rothamsted Research to measure pathogens and soil bacteria.

Through the Helix project, the number of sensors needed in the field have been reduced, making the technology practical to use.

Mr Pitt is using yield-map data to try and increase the profitability of one of his fields by removing low-yielding areas from cropping.

By removing the areas that crop just 4-5t/ha, leaving 80% in production, the average yield rises to 8.97t/ha and costs are lower, cutting the loss to just £30.

The remaining 20% will be placed into a 21m floristically enhanced grass margin, with a 3m cocksfoot buffer margin against the crop to soak up any pesticides.

If Mr Pitt were able to enter the 21m margin into an environmental scheme and receive a payment, then the field would be profitable, but that relies on him being able to demonstrate that the margin is environmentally beneficial.