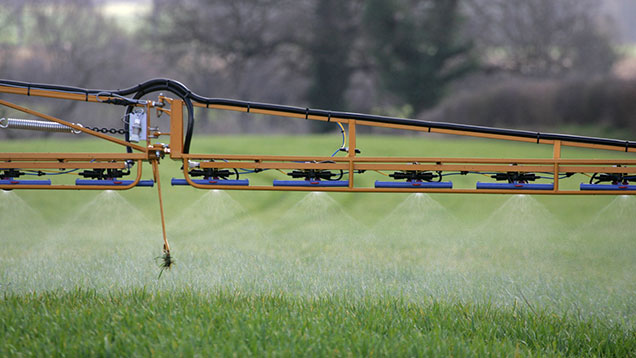 Defra secretary Liz Truss has called for a “science-led” approach to pesticide regulation in the UK.

Ms Truss was speaking after a meeting with EU health and food safety commissioner Vytnenis Andriukaitis in London on Tuesday (17 March).

She said she wanted to see a “science-led and evidence-based approach” around the issue of pesticide use and regulation, with more decisions being taken domestically rather than at a European level.

Ms Truss also called for action to make sure regulation around pesticides is based on risk not hazard in order to make sure the industry remained competitive.

Since 2001, farmers in the EU have lost more than half of the 850 active ingredients registered at that time.

The European Commission has been working on a definition for endocrine-disrupting chemicals (EDCs), which have been linked to a range of serious illnesses.

The NFU is concerned the remaining 422 active ingredients could be halved again over the next five years.

It has warned that the further loss of key crop protection products, such as azole-based fungicides, could be disastrous for UK farmers and result in major crop losses.

A report by farm business consultant Andersons has identified 40 active ingredients were likely to be lost or restricted over the next few years.

The report concluded that losses of these chemicals could hit the production of apples, fresh carrots and frozen peas in the UK to the tune of £1.6bn a year.

Ms Truss said: “I made the case to commissioner Andriukaitis that decisions on pesticide use must be based on science and welcomed the fact the delayed review into European regulation will take place in 2016.

“Our farmers must be able to compete on a level playing field and not needlessly stopped from using appropriate products to protect their crops.

“While pesticides need regulating to ensure that people and the environment are protected, decisions must be science-led and based on the real risks.”