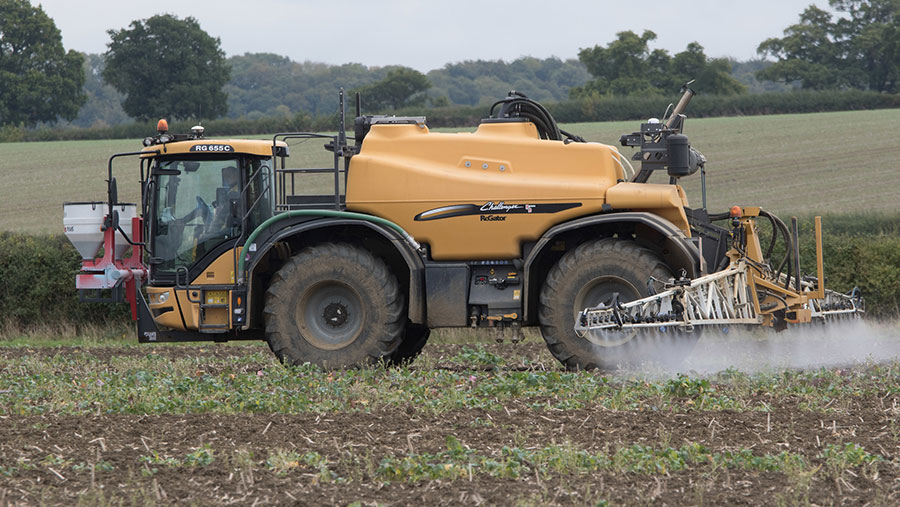 Agrochemical giant Bayer says it will fight claims that glyphosate causes cancer all the way – arguing that an “incredible amount of data” supports the safe use of the herbicide.

The largest and most recent epidemiological study – supported by the independent National Cancer Institute in the USA – followed more than 50,000 licensed pesticide applicators and found no association between glyphosate-based herbicides and cancer, says Bayer.

Glyphosate was a versatile herbicide used for more than 40 years by farmers, land managers and gardeners in more than 160 countries, Bayer representatives told journalists at a briefing last week in London. More than 800 studies had demonstrated it was safe, they added.

A number of lawsuits claiming that glyphosate causes cancer have been filed in the USA – with two more trials expected later this year. But Bayer has already launched appeals in two cases and expects the legal process to take play out over many months and years.

The lawsuits have required Bayer to hand over some 20 million pages of documentation. The company says litigants and anti-glyphosate campaigners have taken some of those pages out of context and “sown confusion” over the herbicide’s safety record.

Bayer argues that glyphosate is a important product for agriculture – not just the agrochemical industry. As an effective broad spectrum herbicide with a strong safety profile, it has a number of extensive economic and environmental benefits, says the company.

That view is widely supported by British growers and livestock producers.

Farm manager Jake Freestone said glyphosate is vital for the system of low-tillage conservation agriculture he employs at Overbury Farms, near Tewkesbury, Gloucestershire. It has also helped reduce the number of other agrochemicals used on the farm, he said.

“Farming faces lots of challenges and glyphosate is part of the solution,” said Mr Freestone. Benefits include easier cover crop establishment, minimal soil disturbance and a reduction in the wider use of synthetic crop inputs.