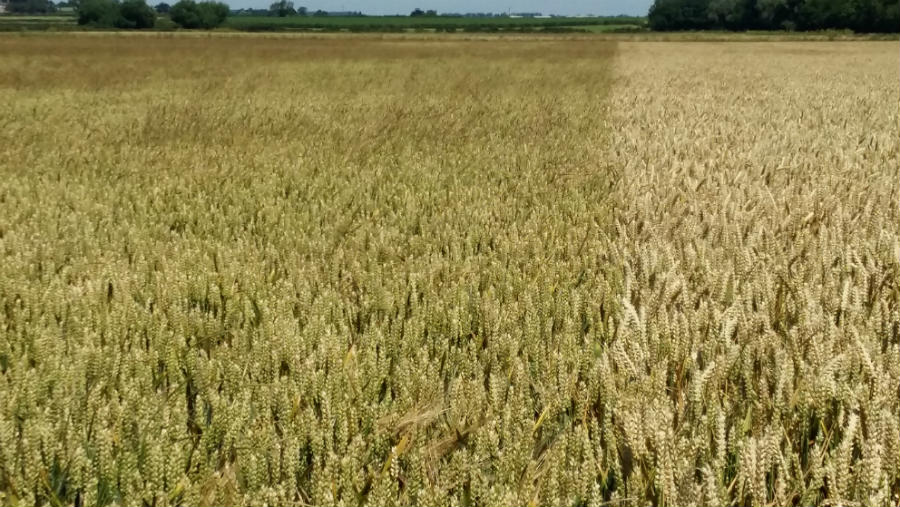 The battle on blackgrass has led to a cropping shake-up on one East Midlands farm with conventional second wheats being replaced by a more specialised variety offering a wider drilling window, as well as extra spring malting barley.

Robert Sutton, who owns 270ha of land in north-west Nottinghamshire, and manages a further 270ha in partnership with another farmer has already slashed £100/ha from the £250/ha blackgrass was costing him at the peak of the problem, and is continuing to experiment to find the best way to suppress the persistent weed.

“Blackgrass has been a significant problem for us for about seven years, and we have learned you have to attack its one weakness – its slow development, which results from having a small seed with a tiny food store,” says Mr Sutton.

“Pre-emergence herbicides, however many you stack, fall way short of coping on their own no matter how good the seedbed or your timing.”

See also: Weed war rages on as herbicide strategies are weighed up

He explains that the land, which runs from light grade 2 soils through to heavy black silt, is challenging to work, because each of those contrasting soil types is found in most of his fields.

This means optimum timing for when to get on for cultivation and drilling is hard to pinpoint.

“There is a conflict on the heavy land between the need to get on and cultivate to begin the wetting and drying process required to break down the lumps, and the need to control blackgrass by leaving stubbles as long as possible to get a blackgrass flush,” he says.

“Last year we drilled later than ever before, and found it wasn’t very effective, so this year we are drilling even later still.”

However, the risk of failing to get drilled up before the land becomes impossible to work led Mr Sutton to look beyond growing only common winter wheat varieties such as Diego, Santiago and Evolution and add Belepi into the mix.

“The priority is to get the first wheat in after the rape, but even these are now going in as late as possible, so that pushes everything else back as well.

“If the weather holds, that’s great because we wouldn’t be looking to establish second wheats until November at the earliest, but if it breaks down it’s not a disaster as we can drill Belepi in January or February instead.” 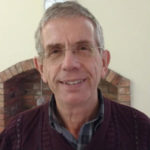 Mr Sutton has also found a benefit to the older variety beyond giving his system extra resilience against the weather, as unlike many modern varieties of wheat, which are small and very upright, the crop tillers early and covers a lot of ground.

“We established Belepi alongside Diego in early November last year and they yielded similarly but we but found that the Belepi was much cleaner, with blackgrass being suppressed by 80-90%.

“However, disappointingly, the blackgrass return in the stubble this season looks similar for both varieties, in contrast to barley where seed return is much lower.”

Commenting on its characteristics, Belepi breeder John Blackman of Blackman Agriculture says “Belepi has fairly broad, ‘strappy’ leaves from stem extension onwards, and although there are other leafy varieties, they don’t grow as early in the spring.

“It will be growing by mid-March, and it is this early growth that is crucial because it suppresses blackgrass before it can get going.”

While other varieties need the seed rate increased the later they are drilled, there is less need with the Belepi because it tillers so aggressively, he adds.

The early growth characteristics also mean the variety is early maturing, potentially giving value at the other end of the season as well.

“Early harvesting allows us to leave seedbeds to chit longer, or have a really early entry point for rape establishment,” says Mr Sutton.

The yield of Belepi will be the drawback to some growers when compared with other more conventional second wheats, but Mr Sutton believes that it needs to be seen in the context of the cost of blackgrass control.

“In the past, blackgrass has been costing us up to £250/ha when all knock-on costs are accounted for,” he says, “and that figure still stands at £125-150/ha, so anything that will contribute to bringing that figure down will be as valuable as a yield increase.

“Rather than chase the last yield percentage, each crop should be viewed in the context of what it brings to the rotation, and given the blackgrass situation here I have shifted from rotating based on how far I am from my last break crop, to how bad the blackgrass is.”

It is this attitude that has led Mr Sutton to drop spring beans from his rotation entirely and largely replace it with spring malting barley, which has much greater weed suppression abilities.

“For us, a second wheat at 9t/ha is less profitable in the current climate than a 7.8t/ha crop of spring barley, and the barley also will suppress the blackgrass if it is kept dense enough.”

Barley is also showing its value at the other end of the season and was lowering the cost in subsequent crops, added Mr Sutton.

This was because the straw was easier to incorporate, giving the opportunity to plough without needing expensive secondary cultivations on strong land and there was virtually no blackgrass seed return.

However, while he has significantly increased the area of spring barley grown on the farm in the past three years, he says there is a limit to increasing the area based on workload.

“It is critical to get the barley drilled ideally by the end of March, so for every extra acre we add, the later it gets drilled, and the more poorly it establishes.”

He explains that this reduces both its profitability and its effectiveness as weed control, as the blackgrass has had longer to get established ahead of it.

“The Belepi therefore spreads out the workload for us, and while it may be less profitable per hectare, attributes like that are really difficult to put a price on.”

Mr Sutton was keen to emphasise that the job of finding the optimum method of blackgrass control on the farm was continuing, saying a frustrating factor is that there is so much variation between each year through factors beyond their control, particularly the weather.