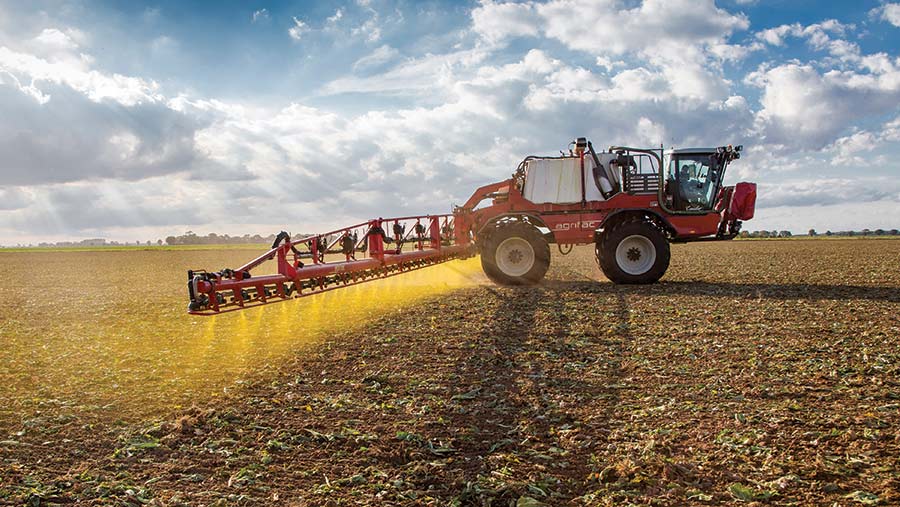 Growers will need to take a field-by-field approach to blackgrass this autumn given that drilling dates, seed-bed conditions, herbicide use and crop competitiveness have been so variable during this difficult cropping year.

Despite some very late drilling, there’s plenty of blackgrass to be found in wheat crops, especially where pre-emergence herbicides couldn’t be applied or conditions prevented them from working as required.

Added to this, there hasn’t been a huge appetite to spray crops off where weed numbers are above targets, due to the UK wheat area being down by about 20% and prices rising as the dry spell continues.

Recognising and reacting to the level of blackgrass in the crop just harvested will be essential more than ever as autumn approaches, believes weed specialist John Cussans of Niab Tag.

See also: How to avoid blackgrass spread at harvest

“You either deal with seed return at source or do something about it afterwards,” he says. “For this coming year, many will take the latter approach.”

That means sticking to the basic principles and putting an integrated strategy in place, making best use of cultural and rotational control opportunities, while reducing reliance on post-emergence herbicides.

“As always, the aim is to reduce seed return from one season to the next. So drilling after the blackgrass has germinated in the autumn and then spraying off will be essential this year.”

There is one thing that won’t work, regardless of the temptation, he warns – reacting to last year’s wet autumn by drilling wheat a bit earlier and then spending an additional £30-£40/ha on herbicides isn’t advisable.

“That isn’t a balanced equation. If experience has taught us anything, it’s that you have to change the way that you farm to get on top of weed populations.”

His suggestion is that growers put this unusual year behind them and be mindful as the autumn 2020 drilling campaign approaches.

Later drilling and a good residual herbicide stack is effective where blackgrass populations are low, but high pressure sites might have to be put into spring cropping or a two-year grass ley break.

“Much has been said over the years about stale seed-beds, delayed drilling and spring cropping, and we know what they have to offer,” says Mr Cussans. “Attention to detail and good management are essential with all of these.”

Tall, later-maturing weeds are the target of forager/topper-type machines, such as the Zurn Top Cut Collect, which cut off the tops of weed plants showing above the crop canopy, and collect the seed in a bin.

Using a double-cut knife and helical reel, the seeds are collected and then transported by a conveyor belt into a hopper.

Some grassweeds are very vulnerable to harvest intervention, although the practice tends to be a bit late to be effective against blackgrass.

Two familiar active ingredients, but new for use in cereals, will be available in herbicide products this autumn – each with different positions and methods of use, reveals Ben Coombs, herbicide campaign manager at Bayer CropScience

Following Chemicals Regulation Division approval, aclonifen and metribuzin will both be sold for use early in the season with Liberator, either in a boxed co-pack or in co-formulation.

Aclonifen, which well known for its use in potatoes and carrots, works by bleaching. Forming a layer on the soil surface at application, the weeds pick up the herbicide as they grow through the layer.

“That makes it a pre-emergence herbicide,” explains Mr Coombs. “This autumn, it will go by the brand name of Proclus.”

It is active against annual grasses and broad-leaved weeds, with blackgrass and annual meadow grass controlled. “It also offers some efficacy on ryegrass, but not on wild oats.”

Aclonifen is not for use on its own, stresses Mr Coombs. “It must be used with Liberator, and we will be launching two co-formulated products for autumn 2021.”

For autumn, in a test market, Proclus will be available in a boxed co-pack with Liberator. For pre-emergence use only, trials show that it improves blackgrass control by 10-15% and offers better consistency when compared with Liberator alone.

“Ryegrass control is lifted by 5-10% and brome by 10% when it’s used at 1.4 litres/ha. There’s also good activity on some widespread broad-leaved weeds.”

The other active ingredient, metribuzin, has also come on stream for use in cereals. From the same herbicide group as atrazine, simazine and terbutryn, its uptake is primarily by the roots, although there is some foliar uptake at a later timing.

For this reason, metribuzin lends itself to a wider application window and will be available in two products as co-formulations with Liberator, called Alternator Met and Octavian Met. The difference between the two is the ratio of diflufenican.

They can either be used in September, pre-emergence of the crop at 1 litre/ha, or as a top-up spray at 0.5 litre/ha after 1 October and before the end of November.

“This gives some flexibility. Used later, growers will be able to top up their levels of flufenacet and benefit from the foliar activity.”

Blackgrass control is lifted by 10% when used at the pre-emergence timing, while the top-up timing should reduce variability and extend the period of control.

Bromes and annual meadow-grass are also susceptible, as is a broad spectrum of broad-leaved weeds, including groundsel.

Prices for Proclus, Alternator Met and Octavian Met haven’t been released yet, but will be at a premium to Liberator, confirms Mr Coombs. 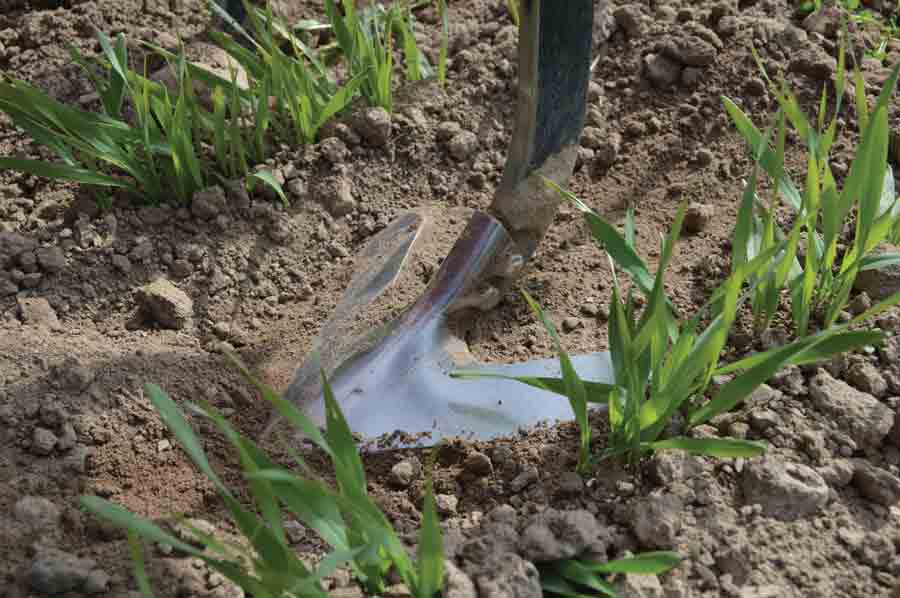 The contribution made by inter-row cultivations to blackgrass control is being assessed at Niab.

With post-emergence herbicide efficacy on the slide, the ability to take out blackgrass growing between crop rows with a hoe is attracting interest – especially when it is used in conjunction with banded herbicide applications made to crop rows.

Initial results suggest that this combined action could lead to a 60% reduction in chemical use.

Work just started at Niab by trials manager Will Smith is looking at how the crop row can be managed differently to the inter-row, so that weed control results become more consistent.

“Only treating the bit with the crop in it and then coming back to tackle surviving blackgrass mechanically is an interesting concept,” points out Niab’s John Cussans.

“Not only does it help when conditions aren’t right for successful hoeing, we believe that there might be some synergies from integrating both techniques.”

In very dry conditions, the hoe doesn’t work effectively, while in very wet conditions, it tends to bring up lumps of soil rather than individual weeds.

“We need it to work across the whole experience if farmers are going to adopt it. Perhaps by just using pre-emergence herbicides on the row and then using guided hoeing, the results will be more consistent.”

Herbicides to look out for in the future