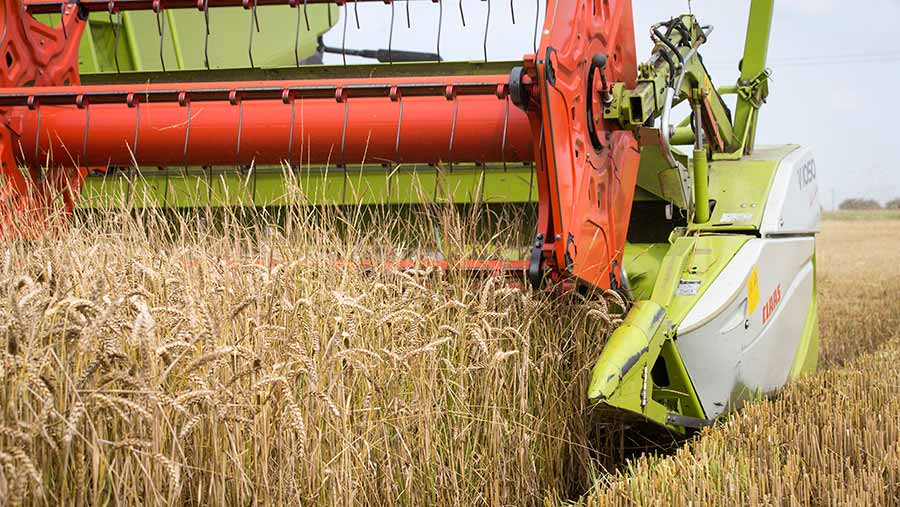 Improving soil health has now been included in Agrovista’s long-term blackgrass trial, as the company continues to refine its blackgrass management advice for growers on heavy land.

It previously identified the best species for the autumn-sown cover crop and the best way to establish the following spring wheat crop.

Having succeeded in bringing grassweeds under control with this combined approach (see “Project Lamport update”), the next phase of the project is to evaluate and measure any effect the system has on soil health.

See also: How to get effective weed control when using flufenacet

Latest findings from year six of the project

As a result, various combinations of roots and metal are being investigated for their contribution to soil structure, subsequent spring crop growth and weed control, so growers can eliminate unnecessary passes and keep costs low while also staying on top of blackgrass.

Early indications are that shallow, low-disturbance cultivations ahead of the cover crop give better results than either deeper passes or leaving the land undisturbed and fallow.

This suggests that using some metal along with soil-conditioning cover crops in the early years is important to get the right results.

The ultimate aim is to get the cover crop roots to do as much of the work as possible, but research has shown that their introduction on heavy, more unforgiving land often requires some help.

Without cover crops, the heavy soils on the Northamptonshire site have a tendency to slump as they get wetter.

Both wet and dry autumn conditions have been tested, with the lighter approach involving loosening to 15cm rather than 25cm, giving better results in both years.

As blackgrass control remains the main objective at the Northamptonshire site, the reason for extending the work is that a healthy, free-draining soil is a central component of success, says trials co-ordinator Niall Atkinson.

“Given our blackgrass focus, what we want is for crops to be competitive,” he explains. “If we get the spring wheat to establish well and grow strongly to develop a good canopy, there is less opportunity for blackgrass to germinate.

“That’s far more likely to happen in a well-structured soil where there are no impediments to root growth.”

While some of the trial plots were shallow cultivated to a few centimetres, others were loosened to either 15cm or 25cm, both with low-disturbance legs and with and without discs. Another plot was left undisturbed and fallow.

Different cover crop drilling techniques were also assessed, with the black/oats phacelia mix being either broadcast, combi-drilled or separated so that the black oats were sown behind the loosening legs and the phacelia was broadcast. 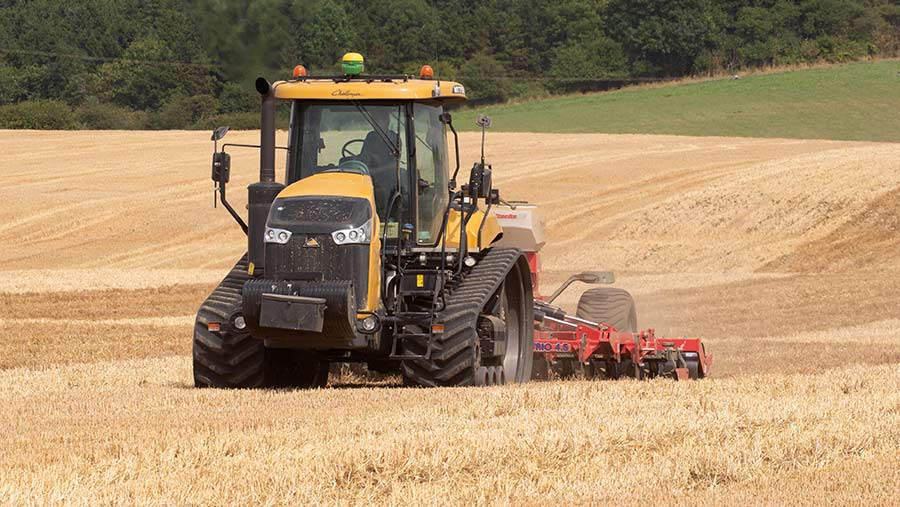 “What we have learned from this year is that cover crops are making an important contribution, both to the growth of the following spring wheat crop and to blackgrass control,” says Mr Atkinson. “Even a poor cover crop does something.”

He adds that as the priority is blackgrass control, it’s important to be careful with loosening legs, or there’s a risk that dormant blackgrass seed will be given a second opportunity to germinate.

His advice is that less is more when it comes to cultivations.

Work will continue on the effect of cover crops, cultivations and compaction, he adds. “We need to know what the best combination is for soil structure and building soil health, while also managing blackgrass control in a spring cropping system.”

What is the most successful system?

Spring wheat following an autumn-sown cover/trap crop consisting of black oats and phacelia has been the most successful trial across Project Lamport.

The cover or trap crop has to be open enough early on to allow as much blackgrass as possible to grow through, before it is sprayed off in the winter, some weeks ahead of drilling.

Once blackgrass has established and been trapped, the cover crop then has to generate enough biomass to condition the soil, remove moisture and allow timely spring drilling.

The spring crop is then direct drilled to minimise soil disturbance and avoid a further blackgrass chit. Yields of 8.3-10.6t/ha have been achieved, while blackgrass has been virtually eliminated.