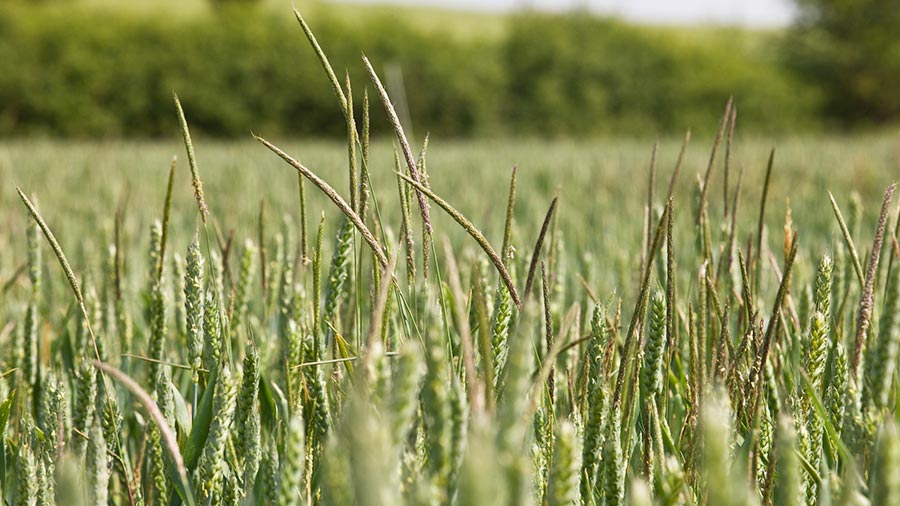 Winter wheat growers will have a new grassweed herbicide this autumn, with a new mode of action to control blackgrass and ryegrass, including resistant types, which the maker says will be a replacement for industry standard flufenacet.

The manufacturer, BASF, has just received official British approval for Luximo, the brand name for cinmethylin, which is a soil-residual active substance for grass and broad-leaved weed control in winter wheat, for application at pre- and early post-emergence timings.

Resistant blackgrass costs English growers more than £400m annually in lost profits, and this new mode of action is seen as crucial as it works differently to existing chemistry and so can work against resistant blackgrass and Italian ryegrass.

Stuart Kevis, the group’s herbicide business development manager, who has worked on the development of the new product for 10 years, sees this herbicide as not simply an alternative to flufenacet, but rather a replacement for it.

He says in a company statement: “When comparing pre-emergence applications of solo flufenacet and solo Luximo, 85% of 103 farmer-led and BASF blackgrass trials conducted over four years found that Luximo was more effective than flufenacet, with a much more consistent range of performance.”

In greenhouse sensitivity tests, samples from 196 blackgrass populations, 40% of which were resistant to herbicide Atlantis (mesosulfuron + iodosulfuron), showed no cross-resistance to the new product, pointing to its usefulness in countering weed resistance.

For Italian ryegrass, the new herbicide showed a similar uplift in performance over flufenacet as in blackgrass, with solo Luximo at least 20% better.

Early indications are that the new herbicide performs well against difficult ryegrass populations, including those populations that might be resistant to flufenacet.

Although the new herbicide was used as a solo product in trials, the use of complementary partner products is seen as vital for retaining its field performance for the long term, so the product will be available this autumn as Luxinum Plus, in combination with partner products.

Further Luximo-containing products are currently under evaluation at the Chemicals Regulation Division (CRD) and will also contain partner active substances, such as pendimethalin.

“Firstly, it is 21 years since the current market standard, flufenacet, was registered for use in the UK market as Crystal [flufenacet + pendimethalin] in 2001; and secondly, Luximo is the first wholly CRD-managed active substance approval gained by any manufacturer since crop protection regulation was repatriated following Brexit,” he says.